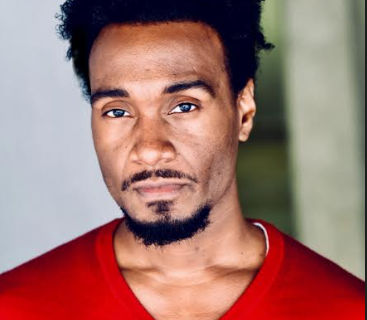 Cecil Washington Jr., a Fairfield native, will reprise his role as Delray Jones in “Memphis” next month at Red Mountain Theatre Company [RMTC] February 1-17, under the direction of Keith Cromwell.

The musical takes place in the underground clubs of 1950’s Memphis, Tennessee and is about a white radio DJ wanting to change the world and a black club singer looking for her big break. The musical is inspired by actual events and winner of the 2010 Tony Award for Best Musical.

Washington’s character opens the club as a way to expose his sister’s talents.

“The main character is Felicia Farrell, and she has been singing at her brother’s [Delray] club on Beale St. for years… she wants to be a singer, she always wanted to be a star,” said Washington, an Alabama State University (ASU) grad. “And it’s based in the 1950s, so you know that’s not a very easy road for an African-American woman [at that time].”

Describing his character, Washington said, “I don’t want to say that he [Delray Jones] is the typical big brother because their parents died young and poor, so he kind of lost his childhood because he had to take care of his sister, making sure she didn’t go without [her needs].”

Washington continued, “Then we have this white man [Huey Calhoun] come into the club one night and starts promising [Felicia] everything that Delray’s been promising. But somehow, of course, in our racial world, the white man is able to deliver with fewer obstacles than Delray, who is a black man.”

Washington, 37, who has three sisters, said his role as Delray Jones is one that he can identify with.

One of his favorite pieces in the musical is a song called “She’s My Sister” where “he [Delray] lays everything out to Huey, telling him ‘I see what you’re doing, and I appreciate that to a certain degree, but don’t mess with my sister,’” Washington said. “Don’t mess up with my sister, don’t do anything to my sister that’ll make me have to put hands on you.’”

Washington called it “one of my favorite songs out of any of the musicals that I’ve ever done” because he feels that way about his “real-life” sisters.

The 10-year theater vet said he hopes audiences can see that love conquers all. “There’s a quote from a song in the show that Felicia sings … If I’m not misquoting, it says ‘love will stand when all else falls’ and that’s what audiences should take away … If everyone had a genuine love for one another, everything could just go so much easier,” Washington said.

“Love should always win, period,” he said. “How long are we gonna allow race and religion and gender stand in the way of love? And, how beautiful it is that the passion of art and music can unite everyone as a people?”

One of his most prized portrayals is his work as the title character in ‘The Martin Luther King Project’ at RMTC.

“I was really hesitant about doing that because Martin Luther King is a real person, and that’s something that I take seriously and wouldn’t want to mess it up,” Washington said. “But it’s [playing MLK] taken me all over the country, doing it, and it led to meeting his daughter…I did [a performance] on C-SPAN with her…that is one of the most iconic roles for me,” he said.

The Holy Family High School alum earned his B.A. degree in Theatre Arts from ASU along with a certificate in film and television from The New York School of Dramatic Arts in Manhattan in 2008.

“I graduated from ASU  in 2006 and went to film and television school in Manhattan, NY in 2006, graduated there in 2008, and ever since then, I have been working professionally,” Washington said.

Why go to film school after attaining a theatre arts degree?

“They even taught us how to film with a camera and how to audition for commercials or soap operas, or just how to audition period, the do’s and don’ts of television… I absolutely love that school,” he said.

Washington would like to leave his mark on the industry.

He aspires to star on Broadway.

“I feel it coming really soon… let’s mark that . . . I said it was coming soon. I’m going to look back on this day and know that I was right.”