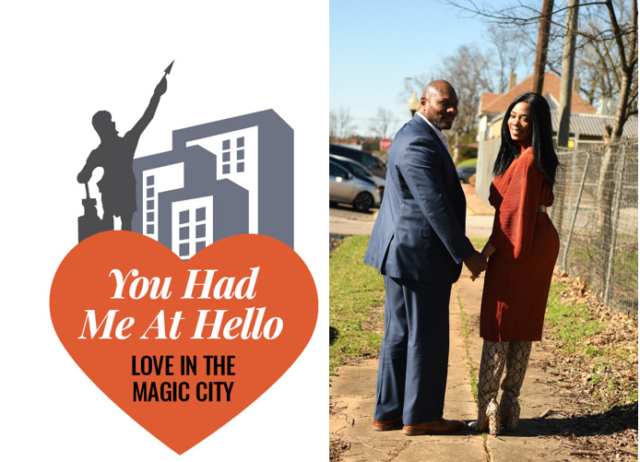 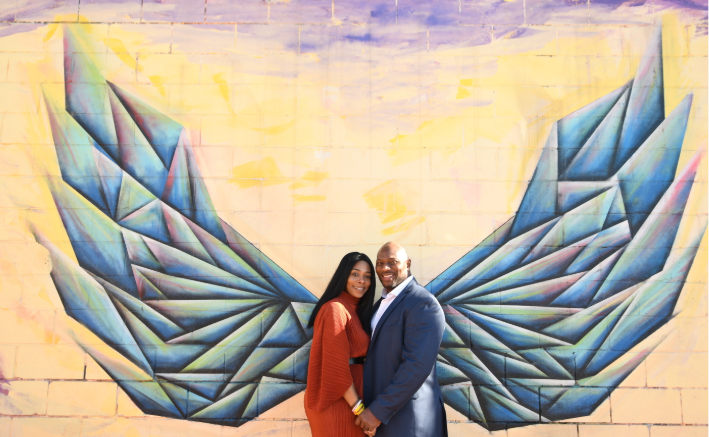 Met: Anthony and Yaikinsha met in 2009 at Chelsea Middle School where Yaikinsha’s son and daughter attended along with Anthony’s son. Yaikinsha vividly remembers her initial thoughts of him.

“I recall meeting him as a coach on my son’s middle school football team, and I thought he was doing the most,” she laughed. “Every time I saw him, he had on a compression shirt and gym shorts, and he was walking like an action figure, his arms wouldn’t go down to the sides of his body . . .I was like, ‘who is this dude that can’t put his arms down?’, but, he loved the kids,” she said.

The following fall semester Anthony noticed “a beautiful woman sitting in her car” on the day students were being registered for the new school year. Anthony said he had to say something to her.  Before parents departed from the registration day Anthony approached Yaikinsha at her car “and that’s when we exchanged numbers,” Anthony said.

First date: The pair went for lunch at P.F. Chang’s at the Summit. “It was a lunch date,” Yaikinsha said, “It was really sweet. And the only thing I remember about that date was that we had a great time and the fortune cookies. It was really easy going conversation, it felt organic, it flowed, there was no nervousness,” she said, “and he actually kept the fortunes from the fortune cookies.”

Anthony said, “the fortune said to be open to new experiences, and I had just said to myself that I was ready to settle down and try love again.”

The turn: The courtship would evolve over the course of a few years because both were single parents to tween children. Things got serious in 2012. 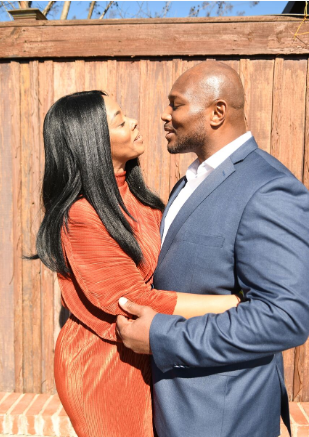 “I said we’ll keep dating other people, but we’re going to keep certain boundaries and some exclusivity between us,” Yaikinsha said. “But, when I would hear that he was out with someone else (and while that was ok, it didn’t go against the rules we had set in the beginning), I didn’t like it,” she said. “I was like we’re gonna stop playing around, I ain’t getting no younger, you aint getting no younger, we’re gonna do this [the relationship].”

It turned serious “…when we met up in Nashville…, the time we spent there was the first time in years that I had really felt love for a woman, and had actually allowed myself to,” Anthony said. “I had to get to the point of not being afraid to do that [fall in love] again, and it felt right.”

The proposal: “She put her foot down and asked me, ‘what are we doing? I’m ready to make the next step’” Anthony remembered. “She told me she was ready to be married, and I said, ‘ok, babe, let’s wait a little minute, let me get some things lined up’, and she said, ‘NO, It’s time’,” Anthony laughed. “And I was like ok. It was a convergence of strong wills, and of course, the stronger one [Yaikinsha] won.”

“But he did come into my job [at the Summit] and got down on one knee,” Yaikinsha said. “I was at work, and he came in with the ring and asked me to marry him, he loves to put on a show,” she said.

Anthony bought more than a ring. “We also broke ground on our new house,” he said. “The house was my wedding present to her because I told her, ‘when I marry you, I’m going to buy you a bigger better house’, and that’s what I did,” he said.

The wedding: “The wedding was at our new home we had just had built,” Anthony said. He wore a tan colored suit, and Yaikinsha wore “a beautiful cream colored lace dress”. The wedding was officiated by one of Anthony’s close friends.

Most memorable about the wedding was the presence of all their family in their new home.

“Having our family here, them enjoying it and seeing our new house. It just made my heart smile,” Yaikinsha said. “And, this was funny, we went outside because he wanted to carry me back in over the threshold, everybody laughed. We had so much family there to share the moment with us. It was beautiful,” she said.

The couple agree that the greatest joy of marriage is having a trusted partner you can count on to support and love you through your toughest moments. “Having someone you don’t have to be embarrassed about anything with, You can just be transparent and expose all your flaws and still know the love will never change,” Yaikinsha said.

Words of wisdom: Meeting in the middle created a beautiful 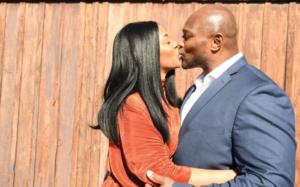 thing, Anthony said. “Staying focused on being a server instead of being served…It tends to pull you back to what’s important.”

For Yaikinsha, it boils down to communication.

“I’m learning that as passionate as I am about my husband, I still have to learn how to deliver my passion,” she said. “With me being as strong as I am, it can come off abrasive and not be received as well as it should. So what I would tell someone is to never ever give up at working through your miscommunication issues. My intent is always good, but the delivery is that part that has to be revised and tweaked,” Yaikinsha said.

Happily ever after: The Coles share their home with their now college aged children. Yaikinsha, 41, is a Titusville native and A.H. Parker High School grad. She is mom to son, Kameron, 24, daughter, Debrae’, 22, and her late daughter, Nya Hodoh, who died of pulmonary embolism at 18-years-old, in June 2018. Yaikinsha is building her daughters foundation, the ‘Nya Jona’ Hodoh Foundation’ in honor of her legacy.

Anthony, 49, is a Winston-Salem, North Carolina native and a special investigator for a Fortune 100 company. He owns a security business, and has two children, son, Aki, 23, and daughter, Adaysia, 19.