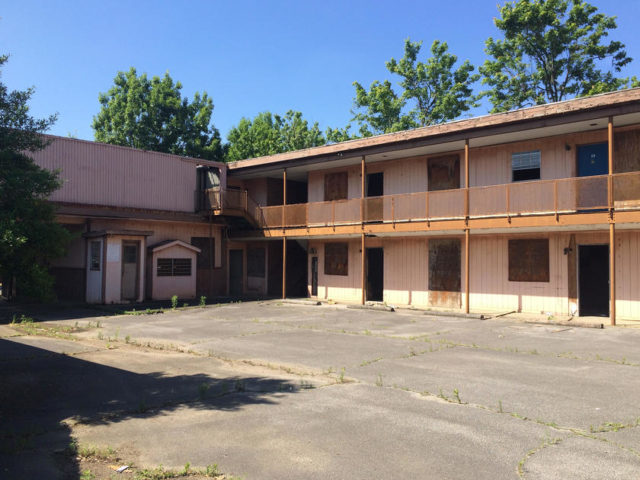 On Monday, July 1, Birmingham Mayor Randall L. Woodfin and Alabama Sen. Doug Jones will lead the commemoration of the 65th anniversary since the opening of the historic A.G. Gaston Motel.

The celebration will begin at 9 a.m. in the courtyard of the landmark site.

“The A.G. Gaston Motel represents Mr. Gaston’s entrepreneurial excellence and where history happened,’’ said Woodfin. “Many people visiting the motel, put their lives on the line for civil and human rights so that we all could experience a better America.’’

Gaston, Birmingham’s first African-American millionaire, opened the motel in 1954 to offer first-class lodging, entertainment and dining options for African-Americans traveling through a segregated South. At the time, blacks found few motels or hotels that would cater to them simply because of their race.

Celebrities such as Aretha Franklin, Duke Ellington and Harry Belafonte stayed at the motel, which also became a place for civil rights leaders like the Rev. Martin Luther King, the Rev. Fred Shuttlesworth and others who developed strategies there during the civil rights movement of 1963.

The motel’s Room 30 became known as the “War Room,’’ which is where King and others met to strategize and plan “Project C,’’ the 1963 campaign of protests and marches. These actions changed the world and the course of the nation in granting civil and human rights to all citizens, said Denise Gilmore, senior director of the City of Birmingham’s Office of Social Justice and Racial Equality.

“The A. G. Gaston Motel serves to preserve and confront a period in United States history where racial terror was accepted by state instrumentalities and institutions. It helps us examine how the legacy of racial segregation permeates through society today,’’ said Gilmore. “Now that the motel is getting new life, we envision the motel to be a place of reflection, restoration and renewal.’’

The facility eventually closed in 1986, but the National Park Service and the City of Birmingham are partnering to restore the motel to its original look.

Crews have been assessing the roof, windows, doors, frames, brick exterior to determine what is needed to restore the building. A. G. Gaston Construction Co. will perform the restoration.

The project is expected to be complete by December 2021. It will serve as a visitors’ center as well as a place for meetings.

On July 1, Woodfin, Jones, Gaston relatives and others will reflect on the motel’s place in history and participate in the unveiling of an honorary street designation in memory of Gaston.

Anyone who wants to share stories and photos of the A.G. Gaston Motel and submit memories, pictures and/or phone numbers to gastonstories@birminghamal.gov.

For more information about the restoration project and what’s planned for July 1, visit www.birminghamal.gov/gaston.