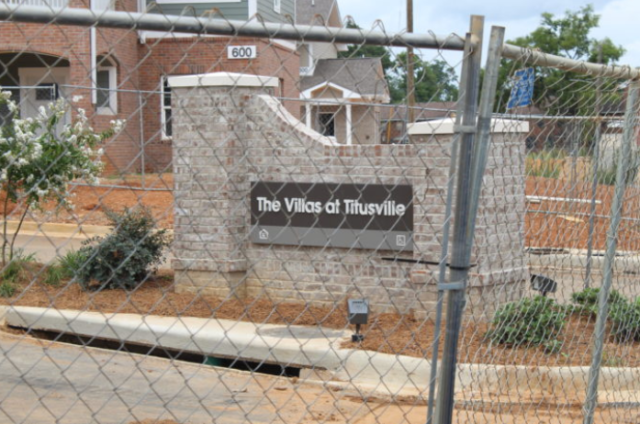 Picture the Titusville you grew to know and love, a place with miles of land and even more potential. There’s a sense of nostalgia watching so many walk the sidewalks, possibly just as people did where you grew up. Greenery catches the eye, until it’s interrupted by the sight of a vacant lot or a vacant home. Though soulless apartment buildings occupy many spaces, a taste of what once was still lingers in the air. There’s a strong sense of history but not much to commemorate it.

Now envision this same space with newfound light and life. Apartment buildings filled with love and community. A house built by generations of a family occupying a once-empty landscape. Black-owned businesses emerging from the shadows of blight and years of poverty.

“A lot of good things are coming to Titusville, a lot of good jobs. … No matter where you go, there will be great housing, great job opportunities, great developments, great opportunities to develop businesses,” said Crystal Smitherman, 25, who was born and raised in Titusville and now represents the area as the District 6 Birmingham City Council member.

“I’m excited because I think new housing will bring millennials, young families. It will still keep the integrity of the community, but it’ll also bring more life and more diversity.

She added, “Certainly, DC BLOX will push employee traffic to the area. Employees will opt to exercise at Memorial Park or use the walking trail to enhance their fitness routines. For decades, that property has been dormant. Now lights cut into the darkness. You can even see the red rooftop [of DC BLOX] from the street—it’s Titusville’s first skyscraper.”

Approximately eight developments are expected to be completed within the next few years, beginning in North Titusville with DC BLOX. The University Crossings apartment complex has just two more units to complete; the Davenport and Harris Funeral Home, located on Martin Luther King Jr. Drive, is expanding; Center Court apartments on Fifth Avenue will be demolished; and lights at Memorial Park around its baseball field are being repaired.

Jefferson County District 2 Commissioner Sheila Tyson, who represents the area, said, with all the current changes being made the community will soon be unrecognizable.

“Neighborhood Housing Services [of Birmingham Inc. (NHSB)] has plans to redevelop some homes [in Titusville], as well as develop streetscape plans [to improve] sidewalks and lighting,” she said.

Improving quality of life in the area and providing safe and affordable housing for residents were among Tyson’s main focuses when she served as a city councilor for the area, beginning in 2013.

“All I wanted was [University Crossings] remodeled and people living there, but I wanted security too,” she said. “I didn’t want another Montevallo Gardens, [an apartment complex on Third Avenue Southwest that is now part of University Crossings], where we were having so many problems. I wanted [residents] to have security.”

University Crossings will have 24-hour security, as well as police officers onsite not only walking the premises but also living among the residents.

The former King Manor and Montevallo Gardens were combined to create University Crossings, which is housing some tenants while construction is ongoing. Other amenities in the apartment complex include matching appliances, as well as a day care facility and workforce development center. It also has a storage unit that is shared with the Villas at Titusville apartments.

“To secure the [Villas at Titusville] property, [the HABD] closed off certain areas to prevent people from running between apartments,” Tyson said. “Porches were redesigned so they’re not too big; they’re big enough for you to be able to talk to your neighbor but not so big that people can gather and hang out all day long. [The Villas at Titusville also] will get an air-conditioned recreation center, in addition to day care and workforce development centers.”

The HABD will provide the remaining $500,000 for the Villas at Titusville Early Childhood Development Program, which is expected to be completed within 12 months, through its capital improvements fund budget; the agency also recently announced that it has secured a $500,000 grant to renovate the existing onsite day care center facility.

Other HABD plans include the construction of approximately six houses on the property behind the Titusville Library on Sixth Avenue, as well as the development of 56 lots on which new affordable homes will be built. For these efforts, the HABD has partnered with the Birmingham Land Bank Authority, which transforms vacant, abandoned, and tax-delinquent properties into areas that increase community and overall … property values.

Units in Titusville’s Memorial Park have been remodeled to include new floors; the complex also has a new pool, air conditioning in the gym, and fresh dugouts on the baseball field.

Another plus: DC BLOX recently opened its flagship hub data center on Sixth Street South across from Memorial Park. The initial investment is for 20 jobs with the potential to grow up to $785 million in capital investment. In addition, Tyson asked DC BLOX for a 15-year agreement to install a computer lab in the Memorial Park recreation center, which resulted in company officials promising to not only update the computers but also buy chairs, tables, and a printer for the facility.

“On my side, during my time on the City Council, I promised to install the alarm system to secure the [facility],” Tyson said. “[We have] $18,000 for the security system and the Wi-Fi.”

Other improvements in the Memorial Park area include remodeling of the Golden Flake Snack Foods plant, located down the road at the end of Golden Flake Drive, as well as expansions of both the Smith and Gaston and Davenport and Harris funeral homes.

Aside from seeing homes built and businesses expanded, Titusville will also see transportation improvements, such as bus depots or shelters and parking lots. Metro Area Express (MAX) Transit, the bus system operated by the Birmingham Jefferson County Transit Authority (BJCTA), has plans for Titusville as part of its $20 million grant that will be used to place Birmingham Bus Rapid Transit Project (BRT Project) hubs throughout the city, including across from Davenport and Harris Funeral Home on Martin Luther King Jr. Drive and Third Avenue Southwest.

According to birminghamtransitprogram.org, “The … [BRT Project] will be a modern, enhanced transit line through Birmingham’s Jones Valley along the U.S. [Highway] 11 corridor. … It will connect 25 neighborhoods to services and provide residents with greater access to opportunities.”

When work is completed in North Titusville, efforts will begin in South Titusville and Woodland Park, Tyson said.

“If there are any vacant lots in South Titusville that can get under land banking, we will get those lots through HABD and build over there.”

For Smitherman, the rebirth of Titusville is personal. She is responsible for ensuring that the housing development is on schedule.

“I’m kind of the liaison between District 6 nonprofits and businesspeople in the city,” she said. “Sometimes it’s hard to get in touch with the city if you don’t know somebody there.”

For example, Navigate Affordable Housing Partners Inc.—a nonprofit group that focuses on ensuring safe, quality, affordable housing by focusing on the unique needs of specific neighborhoods—recently boarded up the apartments behind Westminster Presbyterian Church and the Titusville Library. Smitherman is partnering with Navigate to develop new housing, some of which will be rebuilt with support from the organization.

“That’ll help the city with demolition costs,” she said.

The Titusville Development Corp. (TDC), founded in 1984 to maintain, revitalize, and develop the community, is bringing approximately 50 new houses to North Titusville, as well, Smitherman said.

“Those are the main two nonprofits involved right now,” she said. “It’s very encouraging to see people taking pride in the community.”

Smitherman has been working with Titusville as an official since January 2019, when she was sworn in as a Birmingham City Council member as the representative for District 6, where she has lived her entire life.

“[This community] will always have a special place in my heart. We renovated my granny’s house, and just to see her … property looking a lot better means a lot. … I think [this] will bring a lot of attraction,” she said, adding that the Sixth Avenue corridor is “ripe for restaurants, gas stations, shoe shops. … The possibilities are limitless.”

Growing Toward the Future

In addition to rebuilding and renovating, Titusville is preparing for the future, part of which involves bringing science, technology, engineering, and mathematics (STEM) opportunities to the community. Last month, Smitherman met with leaders involved with UAB’s Core Curriculum, particularly those in the areas of math and science, to discuss ways to help Washington K-8 School become a STEM-focused school, as well as improve reading and math skills among “every age group.”

“If you help every age group, you can chip away at the bad habits people have, such as not knowing how to build up credit or buy a house. I think it’s very important to educate people,” said Smitherman, adding that community-wide education efforts for residents of all ages—preschoolers to seniors—could start as early as next fall, and programs will be offered both during and after the school day.

What’s best for Titusville is best for the entire city, said elected officials.

“When you improve Titusville, you will improve West End, Smithfield,” said Tyson. “All the communities over here will be affected by this.” 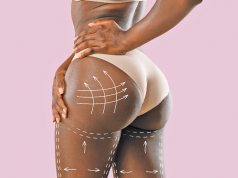 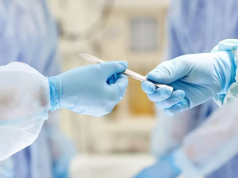 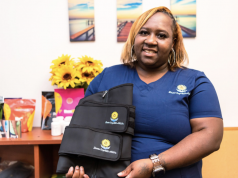