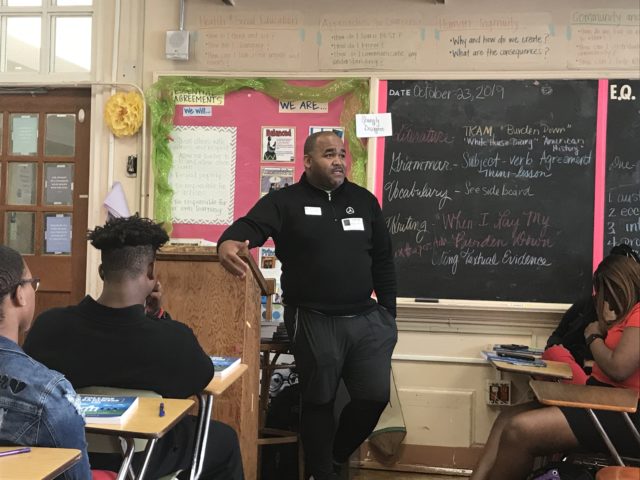 What started as a way to help one of his church members through the college admissions process has turned into a productive business for Jay Johnson, founder, president, and CEO of Trussville-based College Prep U, which specializes in admissions consulting, as well as college and career services.

Johnson, 40, said his organization does everything needed to help high school students navigate the college admissions process, including writing essays, preparing for admissions tests, conducting research, and going on tours.

“We even do a personality test to help students choose not only their career path but also the type of college campus they want to be on geographically,” he said. “Students typically make decisions based on emotion and a lack of research. … We help them remove the emotional part and make it purely about business.”

Johnson works with more than 3,000 students spread out over six school districts, including two in Georgia and four in Alabama: Birmingham City Schools (BCS), Fairfield City Schools, Greene County Schools, and Perry County Schools. He and a team of about eight also work with students privately and virtually.

“The private students come [to our facility]; our [online] component is available if they’re not here. For the districts, we go into the schools,” he said. “BCS students are welcome to come here at no charge and get the private experience if they choose.”

Johnson is a native of Atlanta, Ga. He grew up in the College Park area in Georgia with his mother and younger sister—and focused more on athletics than academics in his youth.

“I played football and realized that as good as I was in playing sports, I really wasn’t that good in comparison to those who do it professionally,” he said. “Going to college for me, of course, didn’t seem like it was in the cards. I applied to only one school, and that was Morehouse College.”

Johnson acknowledged that he did not have a strong grade point average, but he was a good test taker and had family ties to Morehouse, where his uncles and cousins had enrolled. Attending Morehouse was an eye opener for Johnson.

“I was completely overwhelmed because I was around students who were out of my league,” he said. “They were extremely smart, very academically competitive, and spoke definitively about their future plans when they had conversations. That wasn’t the case for me.”

Though he had a hard time adjusting, Johnson adapted to the Morehouse culture and credits the school with “saving his life,” especially because he was around black men who didn’t fit the stereotype typically portrayed in society.

“Being able to wake up and go to class with 2,300 African American males between the ages of 17 and 23 … was just awesome,” he said. “Being in that arena, where you see so many men doing their thing regardless of where they came from, was great. I learned to enjoy reading, being challenged, and seeing other people like me.”

Johnson said he missed out on some of the social aspects of the college experience because he had a son and had to work and go to school full time in order to provide.

“I still graduated and was a great dad,” he said. “Morehouse helped with that in so many ways because I had brothers who encouraged me and supported me.”

Johnson graduated from Morehouse College in 2001 with a bachelor’s degree in business administration with a concentration in finance and marketing. While in college, he interned with BellSouth in Atlanta and had a job lined up with the company after he graduated. He worked there for about a year and a half before heading to Columbia University in New York City for graduate school.

“I went there with hopes of being a stockbroker; that was my ultimate goal,” he said. “I got up there and realized that New York City just wasn’t for me, and neither was that lifestyle. … I came back to work at BellSouth, and they got bought out by AT&T.”

Johnson worked for AT&T in Atlanta until 2011, when he moved to Birmingham to be with his then-girlfriend. He started working at Miles College in 2012 as an admissions counselor. Eventually, he returned to AT&T and would have moved to California for a job that would have required him to travel 100 percent of the time, but that was not an option. He had gotten married, his wife was building her own business, and they had a toddler to raise.

After Johnson left AT&T, a parent at his church, The Worship Center in Birmingham, approached him about helping her child get into college.

“Her daughter was a senior at Clay-Chalkville High School, and she told me, ‘We don’t know what we’re going to do. She has all these different options, and we’re trying to figure out what school would be best based on what she wants to do.’ She was a student-athlete, too,” recalled Johnson, adding that the student wanted to be an entrepreneur and open her own sports bar.

Johnson tried to help her find the right school, one that had more than just a good business program, “but somewhere that even focused on entrepreneurship.”

“We looked at the different offers she had out of state to play ball, as well as some in-state, and tried to figure out what would fit her personality,” he said.

Johnson set up tours and conversations with department heads and professors, and “ultimately looked at the requirements to get in and scholarships.”

“I knew a recruiter at [Alabama Agricultural and Mechanical University (AAMU)], and he said they would love to have her, so we figured out a way to make it work,” he said. “She got a partial athletic and academic scholarship that pretty much covered everything.”

College Prep U officially opened on October 2, 2017, and Johnson chose a location in Trussville, where he is currently located.

“On average, students only spend about 38 minutes discussing college readiness with their counselors over four years,” said Johnson. “I had to educate people about what we do and then figure out how to build this business and keep it sustainable.”

During his first year in business, Johnson helped 37 students with the college admissions process; 16 were high school seniors.

“For those 16 seniors, we got more than $4 million in academic scholarships and a 100 percent acceptance rate to every college,” he said.

In his second year, Johnson worked with more than 2,500 students.

In 2018, Johnson got a contract with Gaining Early Awareness and Readiness for Undergraduate Programs (GEAR UP) Birmingham—a federally funded college-awareness-and-readiness program that empowers students to attend and succeed in college—and implemented his program in several BCS high schools: Huffman, Jackson-Olin, Parker, Ramsay, Wenonah, and Woodlawn.

“The curriculum we designed for the schools was built to assist the counselors, so before we even presented this program to the board, we presented it to all the BCS counselors,” he said. “We got nothing but support from the counselors, teachers, administration, and it has been amazing.”

Johnson and his team begin working with students as early as ninth grade, and the success of the program is based on different factors.

“A lot of our reps have worked for colleges before and have done some work with college readiness,” he said. “We have connections with various institutions across the country, which allows us to help market the student to certain schools and see if their possibilities or opportunities align. We also work with student-athletes, band students, and any other student who needs our help. We don’t focus only on students in the top 20th percentile of the class; we work with students in the lower percentile of their class, as well. … You never know what happens when a student finds hope somewhere, and we help show them that.”

Click one of the links below to read more stories about College Prep.

Parents GEAR UP for College Just as Much as Students 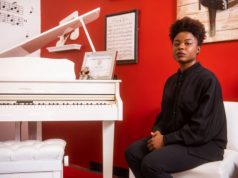 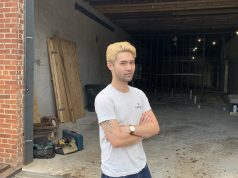 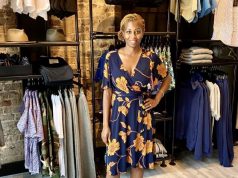