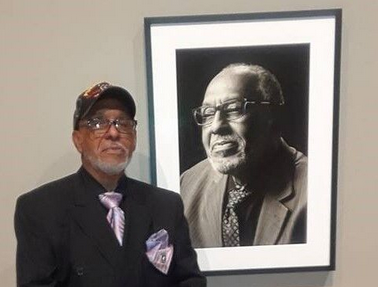 When Dina Avery wrote a book about her family history, her dad had to play an integral role. Her father, Charles Avery Jr. was part of the Children’s Crusade during the Birmingham Civil Rights Movement when more than 1,000 students skipped classes and gathered at Sixteenth Street Baptist Church to protest segregation.

Avery, Ph.D, is an Assistant Professor at the University of Alabama at Birmingham. Her book, “Jumping The Train: An Extraordinary True Story” about her family’s history from slavery to present was published this summer and is available on Amazon via paperback and eBook.

Her dad, Charles Avery Jr. 74, is part of the book tour. He grew up in the Ketona area, now known as Tarrant City and attended Ketona Junior High School and Hooper City High School. His father, Charles Avery Sr. was a laborer at ACIPCO (American Cast Iron Pipe Company) and his mother, Eula was a homemaker.

“My father was a pioneer in his own rights, he served on what they called an auxiliary board at ACIPCO for black people and he was able to be in the original fight for the changes that went on at ACIPCO in the ‘60s,” said Avery Jr. “My mother probably worked two days in her life. She was a homemaker and she was the disciplinarian. She taught us how to behave at church and at school and she kept us in line. We had a good upbringing in the Ketona area . . . we had houses, we had schools, everybody knew everybody and the community was one.”

At Hooper City High School, Avery Jr. was president of his senior class in 1963, the same year he participated in the Birmingham Civil Rights marches.

“I left Hooper City High School May 7, 1963 and we had more than 800 kids to follow us downtown and we marched… I stayed five days in the Birmingham Jail and was one of the last two individuals to leave the jail that day, it was my cousin and I and we walked out arm in arm,” said Avery Jr. “I still have the original jail record from that.”

After graduating from Hooper High in 1963, Avery Jr. left Birmingham for Chicago to stay with his brother.

“On the last day of school, everyone went to the Lyric Theatre downtown . . . leaving the Lyric we had to ride a bus to Tarrant and then from there take another bus to Ketona. My cousin refused to sit in the back of the bus and the bus driver literally kicked him off the bus and we had a confrontation,” said Avery Jr. “When I got home my mama said ‘you’re leaving here’ because the Ku Klux Klan was still bad then and she told me to go to Chicago because she was scared and so I left in June 1963.”

When he got to Chicago, he worked as an orderly in a hospital.

“I got the job because of my involvement in the Civil Rights Movement,” said Avery Jr. “The human resource officers had read through the resumes and I guess there were somewhere from 75 to 100 people in line for the job and he wanted to know who was Charles Avery and I got out of the line and went to the front and he asked me, ‘Was I from Birmingham? and I said, ‘yes’ and then he asked me ‘what is this about being arrested?’ and I explained it to him and he said ‘come on in, you got the job.’”

He worked in the hospital before leaving for a pharmaceutical company. In September 1965 he was drafted and served in Vietnam where he was shot in his arm during combat and received a Purple Heart. After returning from combat, he began working at Abbott Lab in Chicago, becoming one of the first black lab technicians.

“I refused to go back to manufacturing and before I got drafted, I was working with IV Solutions and when I got back, I could’ve went back to work the same day but I didn’t want to do that,” said Avery Jr. “I had taken the test to become a lab tech before I left for the war and came back and was already qualified.”

Avery Jr. said he had taken the test to become a lab tech and felt like he should be able to do that job. “I worked it out with the Department of Labor and went through all of those channels and I stayed off work until they had so many days to hire me back and when I went back to work, I went back as a lab tech,” he said. “I had no experience and had never done it, but there was just a fight in my blood and I wasn’t going to stop until I got it.”

Over the years, he has spoken at lectures and other events across the country about being a Foot Soldier during the Birmingham Civil Rights Movement and his life of fighting for what is right.

“I’ve always been for what was right and for whoever came behind me, the way was already made,” he said.