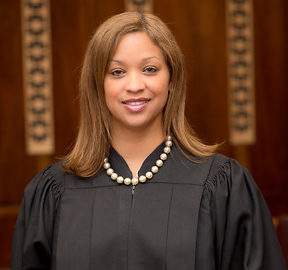 She was selected by the Circuit Judges of the 10th Judicial Circuit and will begin March 1.

French, the first female African American Presiding Judge in Alabama, will replace Judge Joseph Boohaker who is retiring on Feb. 29.

The 10th Judicial Circuit is the largest Circuit of the Alabama Judicial System and consists of a total of 38 Judges, including 26 Circuit Judges and 12 District Judges.

As Presiding Judge, French will be responsible for assigning judges to established divisions, executing the administrative duties of the Courts, making sure that the Courts function properly and having general supervisory authority over court officials. French will also continue to hear cases.

In November 2010, Judge French was elected as a Jefferson County Circuit Court Judge and re-elected in 2016. During her tenure on the bench, she has disposed of thousands of cases. Prior to that in the private practice of law for 14 years, French managed complex litigation.

French attended the University of Montevallo on an athletic scholarship (volleyball) and received her bachelor’s degree with a double major in political science and Spanish in 1993. She earned her juris doctorate from Samford University’s Cumberland School of Law in 1997.