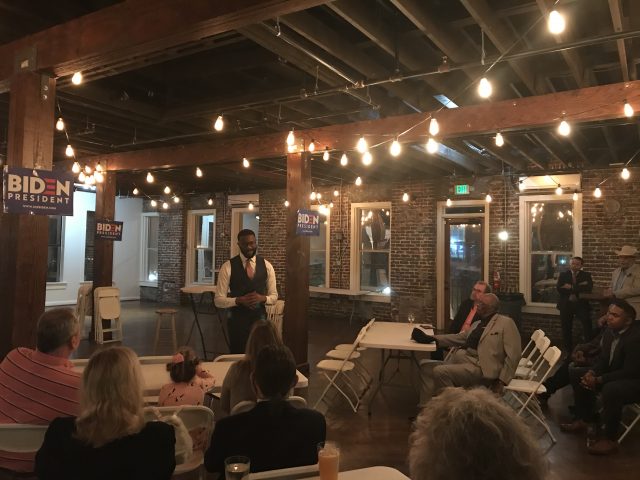 The endorsements come on the heels of other recent Alabama officials who have announced support for the former vice-president including Senator Doug Jones, Congresswoman Terri Sewell and State Representative Juandalynn Givan.

Woodfin has said, “you need somebody at the top of the ticket who can help down ballot candidates and expand the map nationwide. From all the evidence I’ve seen, Vice President Biden gives us the best chance to do that.”

Mayor Ragland said in a release it’s important “to give people hope for the future and concrete change in their lives, and to reach out and build the kind of diverse coalition that brings everyone along. Joe Biden has spent a lifetime – as a senator and Vice President – building just that kind of coalition, and it’s that hard work and humanity that now make him our best bet to beat Donald Trump.”

Ragland added, “Joe has always fought for civil rights, voting rights, health care, and education, and has always put public service above himself. To me, he is a role model: someone who never got jaded, never lost his fight, and has always stayed true to the working people who elected him. I know that he’ll stay true to us now as president.”

With a focus on early, Super Tuesday in Alabama on March 3, and battleground states, Biden for President has previously announced more than 1,300 endorsements – more than any other Democratic candidate – from national, state, and local leaders, including current and former U.S. senators and representatives, governors, state elected officials, community leaders, and national security professionals.

Nationally, Biden was endorsed early Tuesday by Caroline Kennedy, former U.S. Ambassador to Japan and daughter of President John F. Kennedy, in a Boston Globe op-ed, while in Iowa the first round of caucus results showed Former mayor Pete Buttigieg and U.S. Sen. Bernie Sanders were in the lead followed by Massachusetts Sen. Elizabeth Warren and Biden in fourth place.