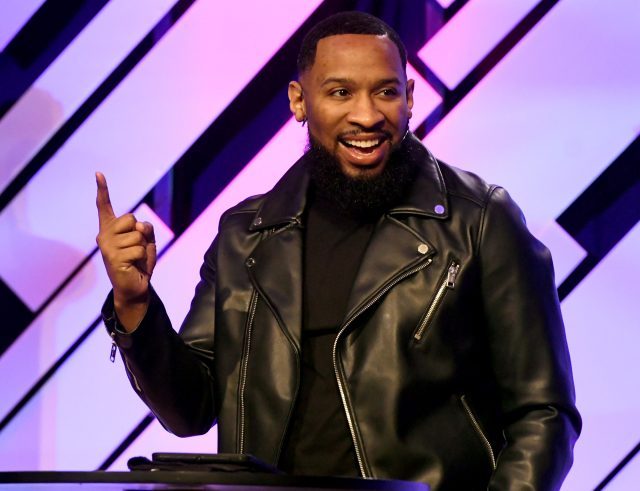 It was his second award from the organization that recognizes excellence in the gospel music industry.

On Thursday in early announcements for the gospel music awards show McClure Jr. won his first Stellar Award Rap Hip Hop Gospel Album of the Year award for his album, “Live Free”, which hit No. 1 on the Billboard gospel album chart in late October, just a month after its release. The album features the hit single “Big,” which would spend 10 weeks at No. 1 on the Billboard Gospel charts.

In January, McClure was nominated for the five Stellars, a recognition of achievements in the gospel music industry, and was a featured performer at the 35th Annual Stellar Gospel Music Awards program which were televised Sunday. The event, which was originally scheduled for March 27 in Las Vegas, Nevada, was postponed due to the COVID-19 crisis.

During an interview with The Birmingham Times earlier this year said McClure Jr. said he wants his music to lead people to his message.

After the success of “Big” and “Live Free,” McClure, who personally has more than 200,000 followers on Facebook, Instagram, and Twitter, saw a significant increase in the number of views of his sermons on the Rock City YouTube channel. Livestreams of his sermons increased, too. Online broadcasts and recordings of Rock City services became crucial after the COVID-19 pandemic forced churches to cancel in-person services.

Meanwhile, McClure wants people to see his success as evidence of what God can do their in lives, he said.

“It’s just proof that if you stay faithful God will bless you,” McClure said. “It tells the person who wants to start a business: If you’re faithful, God can bless it.”

McClure also found out last week he’s nominated for a Dove Award, from the Gospel Music Association, for contemporary gospel song of the year, for “Big.” The Dove Awards are scheduled for Oct. 30 on TBN.