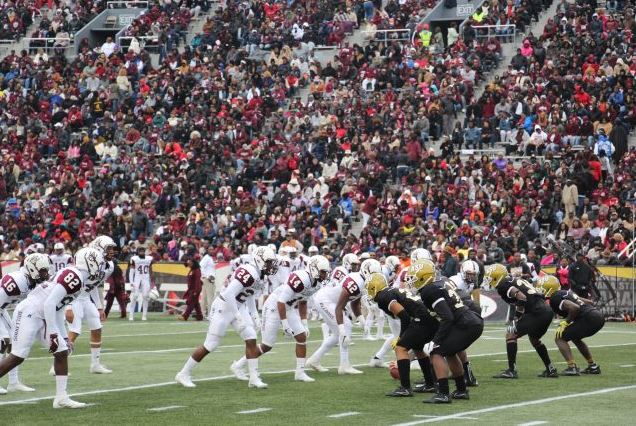 The SWAC announced the schedules for all 10 SWAC schools for the upcoming 2021 spring football season, and that includes one non-conference open date for each team and conference contests scheduled each week beginning Feb. 27, 2021 in week one.

The 2020 Classic had been set for Oct. 31 but delayed following concerns related to the COVID-19 global pandemic. This year is the first time the classic will not be played since 1943 and 1944, during the height of World War II.

The conference said fall sports teams and student-athletes will have the opportunity to attend classes and practices in preparation for a spring 2021 competitive schedule upon return to campus.

Student-athletes will participate in conditioning, strength training and practices in all sports provided all required local, state and federal health and safety guidelines are met.

According to a statement from the SWAC office earlier this month, “The SWAC Council of Presidents and Chancellors felt [the delay] was necessary out of growing concern for the health, safety and well-being, both mentally and physically, of our student-athletes, coaches, administrators, team staff, campus faculty, fans and supporters.

“The continued increase of COVID-19 cases across many portions of the league’s geographic footprint and Southern regions of the country played a significant role in the council’s decision, along with data that suggests African-American communities have been disproportionately affected by the COVID-19 pandemic.”

In the spring, each SWAC team will play six conference football games to include four games against division opponents and two games against non-division opponents. Each member institution will also have the option to play one non-conference game. The season will officially kickoff the weekend of February 27 with five league games set to be played.

The football season will culminate with the Cricket Wireless SWAC Championship Game. The game is scheduled to be played on Saturday, May 1.

A complete listing of the games scheduled to be played each week along with team-by-team schedules can be found below.