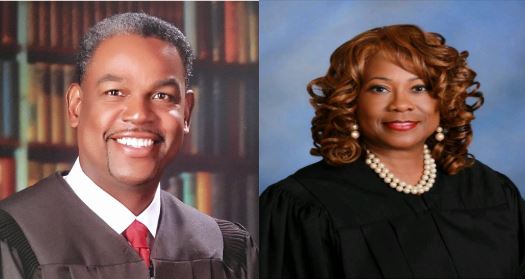 Two local Birmingham judges have been named to the executive board of the Judicial Council of the National Bar Association.

The Association was founded in 1925 and is the nation’s oldest and largest national network of predominantly African-American attorneys and judges. It represents the interests of approximately 66,000 lawyers, judges, law professors, and law students.

Hobdy, a judge for 17 years, said “it was a great honor to have my colleagues from around this nation, a group of African American judges who were confident enough in my abilities, to put this opportunity before me and it was with great pride that I accepted the nomination . . . I look forward to what this office holds.”

Hobdy, a circuit court judge for the past nine and a half years and a municipal court judge prior to that, was elected to a five-year term as historian where he is responsible for gathering historical documents and recording notable moments.  “This is coming up on the 50th year of the Judicial Council and this is a big year for us, we are having our convention next July in Memphis where we will be celebrating each of the past presidents of the organization.”

Hobdy said he’ll be busy gathering information, historical contributions made by past presidents of the organization over 50 years.

Green, a judge for the past 17 years, said it was an honor to serve her fellow judges in such an esteemed position as treasurer. “It’s a position of great responsibility and I plan to embark on that position by ensuring accountability and transparency during the administration in which I will be serving.”

Green, who has been judge with the 10th Judicial Circuit Court, Place 11 since 2016, ensures that the organization’s finances are in order.

While serving as treasurer, she will continue to serve as the National Membership Chair as well.

“The purpose of membership is to provide support to other judges . . . I would like to share all of the benefits of being a member and I do that through my job as chair… the benefits of camaraderie, continuing our legal education and reaching back and supporting others in our profession.”

Being a part of the organization only enhances what she does on the bench, Green said.

“It helps me to be better prepared, more informed, and it’s good to have a good support system,” she said. “I enjoy the camaraderie of the Judicial Council, it’s been very educational for me, they have addressed issues that affect all judges and particularly issues that affect judges of color and that has been good for me . . . to have someone who is in the same profession that you can pick up the phone and call and find out how they do things in their respective states and learn from them,” she said. 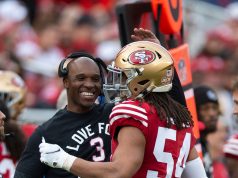