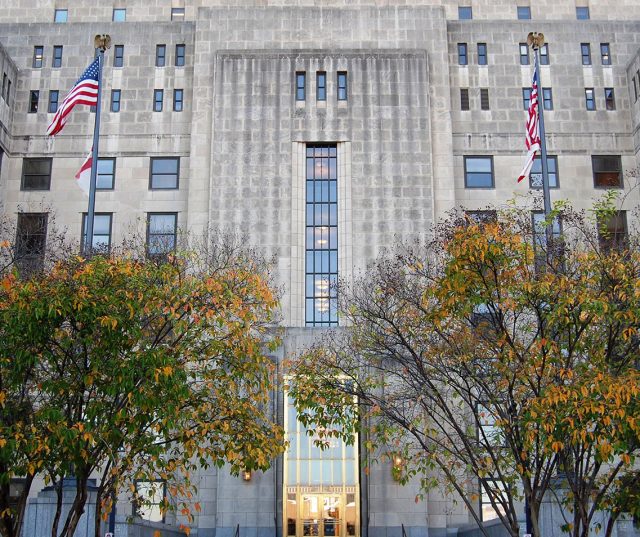 There will be no in-person absentee voting on Saturday, October 17 at the Jefferson County Courthouse, a probate court judge said today.

Judge James P. Naftel II, who is also head of the Jefferson County Election Commission, said that absentee election manager offices “are open Monday-Friday from 8 a.m. to 5 p.m.” and not on the weekend as some elected officials announced.

On Monday, Alabama State Rep. Rolanda Hollis and Jefferson County Commissioner Sheila Tyson announced the Birmingham courthouse will open on Saturdays Oct. 17 and Oct. 24 for those who want to apply for absentee ballots and vote.

However, Naftel said today in a press release, “Any other special voting dates or times are subject to approval by both the Secretary of State and the County Commission.”

Tyson acknowledged that the courthouse will not be open but said she and other elected officials still plan to be outside the courthouse on Saturday to accept applications during an early, in-person absentee non-partisan voting initiative is known as “Souls to the Polls.”

“We will still take the applications outside the courthouse and mail them off,” Tyson said. “We put the word out and it’s going to be hard to pull that back now, so we’re going to still meet people out there.”

For the past two weeks, the in-person absentee voting in Jefferson County has caused complaints and lines that had stretched from the courthouse outside to nearby Linn Park.

“We did not anticipate this groundswell . . . We did not see COVID-19, we did not foresee that people would start coming here rather than going to the 170 polling places” throughout Jefferson County, said Circuit Clerk Jacqueline Anderson-Smith in an interview last week.

In addition to the increased number of in-person absentee voters there is also a backlog of mailed-in absentee ballots that has raised concern ahead of the Nov. 3 general election.

Absentee ballot applications are obtained from and returned to absentee election managers in the circuit court clerk’s office. The absentee ballots are either mailed to voters or handed to them if they apply in person.

At least 300 walk-ins were at the downtown Jefferson County courthouse last week and that number was remained steady.

Anderson-Smith said she now has 34 people in her office, up from eight, and has been authorized to hire another 25. “I have the ability to hire more people . . . we were caught off guard. I was looking for a [rainstorm] but I got a deluge,” she said.

To reduce the lines for in-person absentee voting Anderson-Smith said a courtroom on the sixth floor that can accommodate up to 25 at a time has been set aside for the elderly. Anyone in a wheelchair or using a cane is pulled from the line and directed to the sixth floor where they can fill out paperwork, she said.

Others are directed to a second-floor jury room which accommodates 400 people, where they can fill out the application paperwork . . .which will be sent up to the 5th floor absentee ballot office to be processed.

Social distancing is practice in all of the areas because all of the seats in the courtroom and jury are six feet apart, she said.

Citizens are encouraged to call the clerk’s office at 205-325-5313 to have applications mailed.