—Birmingham particularly hard hit by cholera due to the lack of urban infrastructure and the poor housing conditions. At least 128 people died from cholera, which struck in the height of summer and persisted for several weeks. The outbreak caused about half of Birmingham’s 4,000 residents to flee. 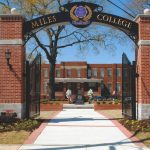 1898 — Miles College founded by the Colored Methodist Episcopal Church. It was chartered as Miles Memorial College, in honor of Bishop William H. Miles.

1925 — The Pittsburgh of the South, Birmingham is the largest cast iron and steel producer in the Southern U.S.; – WBRC radio begins broadcasting. 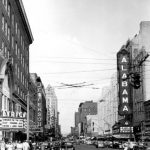 1951 — Birmingham Museum of Art opens. It is currently home to one of the finest collections in the Southeast, with extensive holdings from around the globe dating from ancient to modern times. 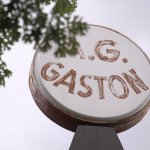 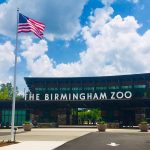 –During a mass meeting at Birmingham’s Sardis Baptist Church, Shuttlesworth and other local black ministers establish the Alabama Christian Movement for Human Rights (ACMHR). Founded in response to the State of Alabama’s recent ban on the NAACP, which lasted eight years, ACMHR was central to the civil rights movement in Birmingham.

–The Freedom Riders arrive at the Greyhound bus terminal in Montgomery where they are attacked by an angry mob. The Freedom Ride, an integrated bus trip from Washington D.C., through the Deep South, was formed to test the 1960 Supreme Court decision prohibiting segregation in bus and train terminal facilities.

1963 — After previously establishing the ACMHR and the Southern Christian Leadership Conference (SCLC), Shuttlesworth invites Rev. Martin Luther King, Jr. to Birmingham to lead what becomes the Birmingham Campaign for Desegregation. 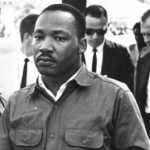 1984 — J. Mason Davis becomes the first African-American president of the Birmingham Bar Association. He is also the first minority adjunct professor at The University of Alabama School of Law School, serving from 1972 to 1997

1986 — Reuben Davis and Chris McNair elected to the County Commission, the first district by district election, and are the first African-Americans to serve on the commission 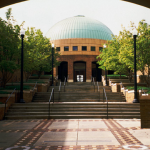 1998 – An F-5 tornado with winds estimated at more than 260 mph at its peak would tear through Tuscaloosa and Jefferson Counties killing 32 people, injuring 250 and destroying 1,000 homes.

–Jefferson County and creditors attempt to reach a settlement of the $3.14 billion sewer debt, but any deal would need to erase $1 billion or more of that debt. 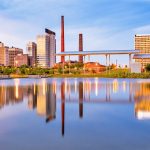 2011 — After the Alabama Supreme Court upholds a judge’s ruling on the occupational tax, the county again puts hourly workers on a 32-hour workweek and shuts down four satellite courthouses to save $21 million annually.

–Jefferson County puts 547 workers on administrative leave without pay, but restores the 40-hour workweek for those who remain. Officials announce that roadside mowing and most paving will stop. Sheriff Mike Hale says deputies no longer will respond to traffic accidents.

–The County Commission in November votes 4-1 to file the largest municipal bankruptcy in U.S. history.

–The University of Alabama at Birmingham announces it will end its football program. After intense pressure, the program makes a comeback three years later.

2015 – The International World Game Executive Committee selects Birmingham for the 2021 World Games (moved to 2022 because of COVID-19). Birmingham beats Lima, Peru and Ufa, Russia for the event and supporters of Birmingham say landing the event could have a $256.5 million economic impact to the region. 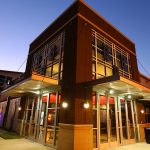 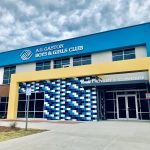 2020 — A 4,300 square-foot A.G. Gaston Boys and Girls Club clubhouse opens on the grounds of the CrossPlex campus in western Birmingham.

–COVID-19 pandemic sweeps the globe including, Birmingham, Jefferson County and Alabama completely disrupting lives around the world and killing millions.

–Alabama Agriculture and Mechanical defeats Alabama State University in the Magic City Classic which had been delayed for six months because of COVID-19.