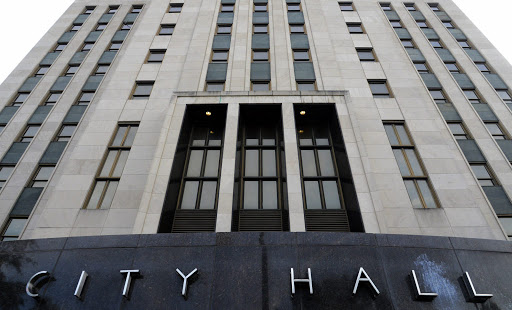 One in an occasional series about Birmingham’s 150th anniversary

From a very rough beginning 150 years ago, Birmingham smoothed out and became a world-class city.

Founded on June 1, 1871, by real estate promoters who sold lots near the planned crossing of the Alabama and Chattanooga and South and North railroads, Birmingham was incorporated on Dec. 19, 1871.

The site of the railroad crossing was notable for the nearby deposits of iron ore, coal, and limestone—the three principal raw materials used in making steel. Birmingham is the only place worldwide where significant amounts of all three minerals can be found in such close proximity.

“People came to Birmingham to mine those ingredients from the earth, … which is why there are so many coal mines, steel mills, and all of that,” said former Mayor Carole Smitherman, who is currently a Jefferson County Circuit Court Judge. “That is what attracted the world to Birmingham, initially.”

And the world has been attracted to Birmingham ever since—for better or worse.

Just two years after its founding, Birmingham was beset by a deadly outbreak of cholera, a bacterial infection that can cause severe gastrointestinal distress and even death if untreated.

The disease, which spread rapidly throughout the city after it entered the water supply, hit the area during the summer months of 1873 and killed 128 people. As the death toll rose, people fearing for their lives fled the city, and many chose not to return.

Other attention-getters were the industrial revolution, when the city grew so quickly that it earned the moniker “The Magic City,” and the Birmingham Campaign of 1963, when schoolchildren organized peaceful marches and sit-ins with the Rev. Dr. Martin Luther King Jr. that served as one of the major turning points of the Civil Rights Movement.

Despite the decline in iron and steel production during the 20th century, Birmingham’s economy grew and diversified in the 21st century, and the city has become a center for medical research, banking, and publishing.

As Birmingham approaches its 150th anniversary, The Birmingham Times reached out to former mayors about serving in Birmingham’s highest elected office. Efforts to reach Arrington and Kincaid were unsuccessful, and Langford died in 2019, but Bell, Royal, Smitherman, and Woodfin provided their insights and foresights about the city. Here are edited excerpts of the interviews.

The Birmingham Times: As mayor, you’ve had a vantage point that few others have had. What has made Birmingham a distinct city? 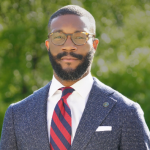 Woodfin: “What makes us distinct is our legacy, which has become the blueprint for social justice worldwide. From the push for voter equality and the dismantling of Jim Crow legislation to the sweeping change that cases like the Bonita Carter story brought to our city, ushering in not just police reform but our first African American mayor, [Arrington], Birmingham has constantly moved the needle in terms of social progress. If we look at battles for change currently ongoing in our world today, it mirrors so much that we’ve already done and what we continue to do.”

Bell: “Several rivers run through this area, [which] made it conducive for all the resources to be developed here. Out of that, there were people who moved here from other regions to work and earn a living in the mines or as part of the railroad, so it quickly became the economic center for the entire state of Alabama, and that identification has lasted until this day. Birmingham is the heart of the entire state of Alabama.”

Royal: “Going from a steel town to at one point a major banking 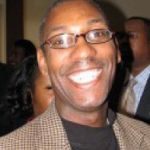 center in the Southeast and premier research university town, Birmingham’s ability to change is what I think makes it distinct among the Southeastern cities, as well as in the United States—and [the city] is still changing. … While there are still some inequities, I still believe there are opportunities for all of Birmingham’s residents to achieve and to become the most productive citizens they can become.”

Smitherman: “In the beginning when [Birmingham] was founded, it was the only place in the world where all of the ingredients for making iron were found within a 10-mile radius of the city, so that made it unique. … There is coal, iron, and limestone here, … which is why there are so many coal mines, steel mills, and all of that. Secondly, because of this industrial revolution, the city grew so quickly that it was called The Magic City. … The third thing that makes Birmingham unique is the 1873 cholera [outbreak]. … That was a horrible disease, and many people left, so Birmingham was pretty much abandoned. …The Birmingham Campaign also makes the city special. [In 1963, the city’s] schoolchildren organized marches and sit-ins and conducted a peaceful campaign with [Dr. King]. … Birmingham has given a lot to the world. [The city] has had its problems, but we’re at a turning point in Birmingham even now, after 150 years.”

What does the future hold for Alabama’s largest city?

Woodfin: “We do what we’ve always done—continue to progress. I see Birmingham as a hub for women- and minority-owned small businesses. I see more opportunities for our home-grown talent—young, bright business owners and graduates remaining here in their hometown, working to push us to the next level. I see a new generation of leaders looking to give back to the city that raised them. As mayor, it’s my duty to provide opportunities and open doors to allow the next generation to flourish, which is why the Birmingham Promise [scholarship program] was put in place to help Birmingham City Schools [BCS] students go to college.

“The Birmingham Promise is an initiative that provides tuition and mandatory fees for students entering Alabama’s public two- and four-year colleges and universities. The program supports eligible BCS students with monetary assistance, thus clearing financial hurdles so they can pursue their goals and succeed in the future.

“Also, the new Bus Rapid Transit [BRT], which is slated to go live in 2022, will connect residents from Woodlawn to Five Points West, traveling through neighborhoods, including Titusville and West End, providing access to jobs, health care, and more. BRT, along with other transportation options, will provide boundless access to existing and new opportunities.” 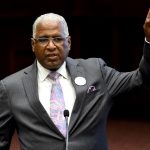 Bell: “I think the future is still hopeful. There is also some concern, [however], in regard to the lack of technical jobs being developed [in Birmingham] and with the increased number of people flocking to areas like Huntsville, [which is growing exponentially] in the high-tech and aerospace industries, as well as with its military complex. [That] puts the city of Birmingham in peril of not maintaining its number-one status if we don’t make active corrections in terms of how we keep people here and how we increase the number of people who move into this area for jobs and amenities that Birmingham has to offer.”

Royal: “I think that we will be in a horse race to maintain the ranking of largest city [in Alabama]. For several years, the northern city of Huntsville and the southern city of Montgomery have been fast gaining. … I think the only way [Birmingham] will remain the largest city is by continuing to diversify the economy and by becoming a place where people choose to do business, work, and play.” 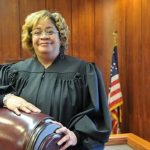 Smitherman: “[Birmingham] will continue to reign as the largest city. We will use Birmingport as an area for expansion of the city in transportation. A lot can be done because of that, … and I think it will lead to tremendous growth. We must see a coming together of the people because, after 150 years, we all certainly need to learn how to calm and quell this violence. [In the past], people came together—the churches, Miles College, Birmingham Southern College, the [Birmingham Conservatory of Music], the Alabama Theatre. … We are headed in the right direction, but we can’t stop. … We need more people engaged with and committed to Birmingham to make her better. I still see her having tentacles everywhere in the county and still growing, even in the midst of pandemics and all of that, by developing a community with young people in it. … The children will enhance the city.”

As Birmingham embarks on its next 150 years, what would you like to see happen?

Woodfin: “I see Birmingham as a reflection of the progress we’re striving for now. Birmingham is a city where our infrastructure grid is improved, not just in terms of roads and sewers but also in regard to broadband.

“The city is working aggressively to secure local and federal funds for the development of new, quality, affordable homes for our families. We just signed an agreement to build 26 new, single-family homes in Ensley’s Belview Heights neighborhood; that project will start this summer. The city has also partnered on the development of 244 affordable residential units that will be accompanied by a grocery store on the site of former Ensley High School. This is just the tip of the iceberg in terms of the city’s immediate plans to create new homeownership opportunities.

“The dreams I have for our city are rooted in our current reality. It’s why we strive so hard here and now to push Birmingham forward. Our future depends on our present. We’re working every day toward that goal. We are focused on serving local neighborhoods, the business community, the faith community, and so many others.”

Bell: “I think there still needs to be a greater diversity of jobs in this community. We are still the financial hub for the state. We are still the medical hub not just for the state of Alabama but for the entire Southeast region. … While I’m grateful that we have those capabilities in Birmingham, we still need to expand our vision and try to look at other things we can do to establish a more diverse industrial business complex in the city and across the metropolitan area.”

Royal: “I believe there are several things we can do to ensure that the next 150 years are successful years. … I would like to see a vibrant middle class, [as well as] more help for those attempting to move into the middle class. We can help those who are struggling to get to the middle class and those who are not quite at a point where they can even be at the doorstep of the middle class. While the city is limited in terms of things it can do, there are things it should do, [such as] assisting with creating job opportunities with our various tax incentives. Also, the city has all but eliminated many of the programs that assist youth in favor of large programs, as opposed to myriad programs. That is something I would like to see return: [providing assistance through] myriad programs as opposed to large programs because everybody will not identify with the large programs.”

Smitherman: “I’d like to see Birmingham as an entertainment mecca and a good business community with a lot of small businesses that work. I would like to see the communities come together to create more opportunities for interaction among people of different races. We have the University of Alabama at Birmingham, which is a strong community partner of the city, and I think we will see the university increase its commitment to the Birmingham community and partner more with our education system. I would also like to see us give children choices for what path they want to follow [after high school]. … College is not for everybody, but God gives us all talents and gifts we can use. I would like to see educational services include every kind of education a person can get, not just going to college but learning a trade. … I think we will see that different kind of culture in Birmingham.”