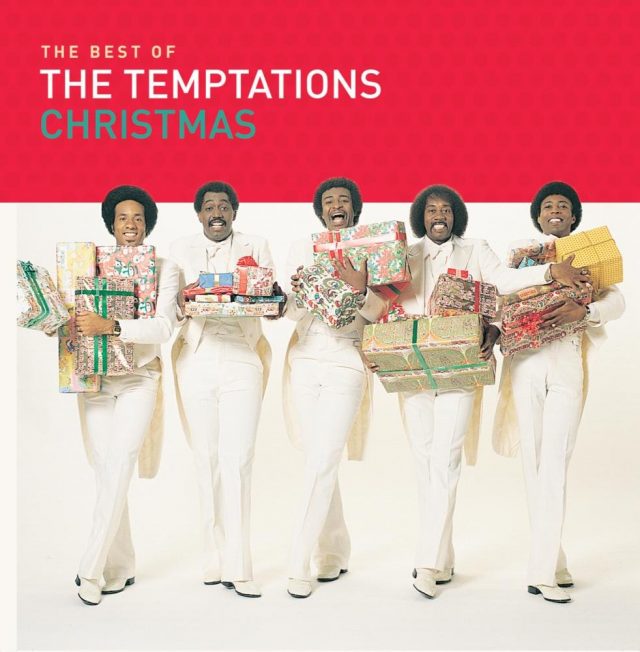 To make sure the list was truly Christmas, I eliminated all songs that didn’t mention Santa, Reindeer, or Jesus. (Thus, no Boys II Men, “Let It Snow.”) I took this very seriously and if we say Black Christmas, it needs to be songs about Christmas.

Alright, this song has to be on the list for a number of reasons. First, it’s James Brown: one the Blackest of our Black Musicians. He is also now an ancestor, Rest in Black Music Heaven (RIBMH). Second, it was the first popular Christmas song that addressed Santa Claus going to visit Black folks, in the ghetto! It helped all confused Black children who lived in ghettos throughout the world, to feel confident that Santa will come even though they don’t have chimneys.

Also, it help reassure Black ghetto children everywhere that Santa is comfortable coming to the ghetto, even though most taxi cabs or white people aren’t.

Alright, Mariah Carey has had some “technical performance issues” in the last couple of years with her Christmas performances. But Mariah Carey, at her best, when she demonstrates her vocal range, which she does throughout this whole Christmas album, is vocally untouchable. Plus, you add the choir, and the church organs, and the whole song is Black Christmas magic!

Another nod to one of our ancestors, Otis Redding. The thing about Black music is that we bring our soul to our music. And, there is no one who brings the soul music, vocally and with his instruments, like Otis Redding. When this song starts to play, all kinds of Black magic happens: your head start to nod, you begin tapping your foot, and you make the “damn that boy can sang”  face before he even gets to the chorus!

Then when we get to the bridge, it just brings it all the Blackness out of us and we are involuntarily standing, dancing like we are in grandma’s living room or at a juke joint. This is Black Christmas music personified.

I know, I know, the same song? BUT, we Black folks have such range, such talent, such magic, that we can take the same damn song and it can be completely different. Ancestor B.B. King and his guitar, Lucille, did the damn thang with this version of “Merry Christmas, Baby.” Otis gave us the soul but B.B. King, brought the blues to Christmas! Otis made us tap our feet and clap our hands, while B.B.King’s version gave us that “grown folks vibe.” Our hips get to rolling, we start snapping our fingers, and most importantly, this is Christmas baby-making music. Do you know how hard it is do a good Christmas blues song that is also sensual? A feat only achieved by the best, and that was accomplished by the best Blues singer, Mr. B.B. King.

DMX, who died earlier this year, seems like an odd choice, being that DMX was believed to have been arguably one of the scariest, angriest rapper out there. Which is precisely why, I argue, he deserves to be on this Christmas list. DMX not only had “Rudolph The Red-Nosed Reindeer” lyrics and all the reindeer’s names memorized, but was able to add a tight-ass beat, and then transform RUDOLPH THE RED-NOSED REINDEER into a genuine hip-hop song! What??? Y’all, that is epitome of Black folks magic…DMX turned Rudolph the Red Nose Reindeer into a hip-hop song! C’mon!

Now, we are approaching the top 5 Black Christmas songs, and, the criteria for being on the BEST CHRISTMAS SONG LIST OF ALL TIME, has increased. The next 5 songs will be legends, infamous, the crème de la crème or, for Black folks, the part of the peach cobbler on the side with the crunchy crust.

This is Blackness, Music, and Christmas at its best, which leads me to

If I need to explain to you why Nat King Cole is on the top 5 list, I am suspending your “Black Card.” To earn your re-certification, you need to go a Black elementary school concert (one with a Black music director) and listen to every. single. class’. performances and song selection. Little Black kids singing Christmas music, the audience that is cheering and singing along with the cameras video taping the whole thing, which starts late and is running at least an hour over the posted end time, will earn your Black card back. Yes, I know, you will be there all night. Serves you right for not knowing Nat King Cole and one of the most popular Christmas songs, for both Black AND White folks, in the world!

You should be ashamed. This song is a Black Music Christmas Classic and needs no further explanation.

This is the perfect Black Christmas family song! It has Michael Jackson (RIBMH) with his siblings and their original negro noses. Together, they created some Black Christmas magic. The reason why I put this song in and not the popular “Santa Claus Is Coming To Town” is because it is such a uniquely Black Christmas family song. It is the Jackson 5, in their adorable outfits, Michael’s cute Christmas welcome, and it paints a picture of the happy Black family at Christmas time. Mommy tickled Santa Claus. AWWW! Can’t you just picture Joe Jackson in a Santa Outfit with his wife kissing and all the Jackson kids upstairs sleep but little Michael snuck downstairs to witness the cuteness? Wait, someone contact BET or OWN. That could be a Christmas Hallmark movie! Black + Christmas + Family + Negro Noses = Black Christmas Music Perfection!

Y’all know Black music can’t be Black music without social justice. Stevie Wonder, the musical genius, was able to give us a beautiful Christmas song with a smooth melody that reminds us that #blacklivesmatter and leaves us hopeful and socially woke.

Okay, the top two admittedly is going to cause controversy because they are BOTH Black Christmas music staples.

Both of these songs are played:

-at every Black Christmas event,

-and the lyrics (including the musical accompaniments) are known in their entirety by every Black American.

This was tough for me.

Like “What’s the best song on Beyonce’s Lemonade album?” tough.

Like, choosing between banana pudding or peach cobbler tough.

Like, “Who do you choose to be your Spades partner at the family Christmas dinner?” tough. “Do you choose your spouse (who isn’t a very good player) or your cousin that you know will have y’all running the table ALL NIGHT?” tough.

I present the TOP TWO BLACK CHRISTMAS SONGS OF ALL TIME.

Honestly, there have been so many members of the Temptations, that I am just going to say (RIBMH) because I am certain at least a couple of the original members are there. But “Silent Night” by the Temptations” is THE BLACK CHRISTMAS song. It incorporates the best of all of that which is Black Christmas music. The group sings in perfect harmony. The very Black music style to start with the falsetto and work your way to the bass; the hooks (“Slllllleeeeepppp in heeeeeaaavvvvennnnnnllllyyy, peeeeeeeeeeaaaaaaccceeeee”); the bass that channels the spirit of every Black man’s pain and hurt by American racism, coupled with the hope of the deliverance of Jesus.

Here’s a test, what’s the melody to the song? I am certain that you immediately started humming, “the instrumental part!” That’s because this song is Black Christmas AF. It is “aluminum foil over paper plates that you take to go after Christmas dinner” Black. It is a “knowing that having your head did or cut is more important than the outfit you wear” kind of Black Christmas. It is a “knowing which one of your cousins steals, so you show love, but keep your purse/wallet close by” Black. This is a “red Solo cups full of brown liquor and Coke/Pepsi or the uniquely Black R.C. Cola” affair.

Merry, merry Black Christmas to you all, from our Black Royal Family!

ShaRhonda Knott Dawson is the mother of two free-spirited, strong-willed girls and has a husband who should be appointed a saint for co-existing in the madness that is their life. She writes on politics, education, current events and social justice. She is also a taco enthusiast, a proud member of the Bey-hive, and truly believes that she will be receiving her letter from Hogwarts any day now.