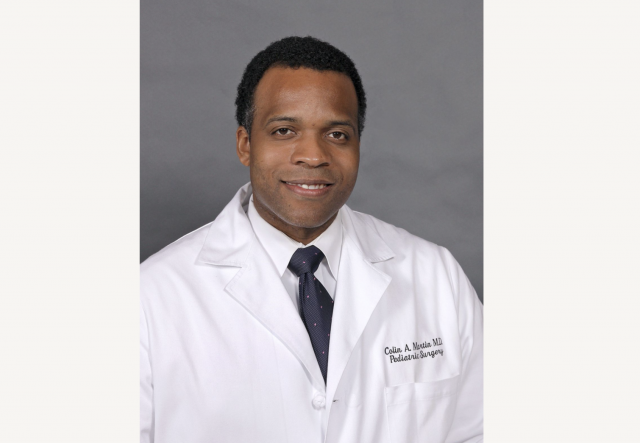 As the recently named president-elect of the medical executive committee for Children’s of Alabama, which employs more than 5,000 people, Colin Martin, M.D., wants to build on something the hospital did well during the COVID-19 pandemic.

“I look forward to supporting the needs of the medical staff across the entire hospital,” said Martin, who joined the University of Alabama at Birmingham (UAB) Department of Surgery faculty in 2012. “Ultimately, I hope to champion diversity, equity, and inclusion efforts, as well as wellness initiatives, ensuring that medical staff continue to be represented and have access to all of the resources they need.”

Inclusion, for Martin, is hospital-wide.

“Everyone is important to keep the hospital running, whether it’s someone doing operations, someone at the top of leadership, or someone helping to keep the rooms clean in between patients,” he said. “So, having rapport with people, developing those relationships, talking to them, getting to know them is really important.”

Martin believes that harnessing the power of diversity and bringing people together from different backgrounds can make a team, an organization, a group, better equipped to face challenges, develop creative solutions, and produce better outcomes.

In addition to addressing diversity concerns in the medical field, Martin seeks ways to expand opportunities by serving as co-director for the past four years of the UAB Pre-College Research Internship for Students from Minority Backgrounds (PRISM) program, which features an internship that pairs rising juniors from Alabama high schools with professionals in the medical field.

“We’ve taken juniors from the top high schools in the Birmingham area and across Alabama and paired them with research mentors,” Martin said. “The [students] are exposed to certain clinical aspects of surgery, and they get career counseling for their short-term and long-term goals.”

These students also can find and work with UAB mentors, who can help direct them into a medical career after high school.

The Path to Children’s

Martin, who has one brother, was born in Wilmington, Delaware. When Martin was in high school, the family relocated Indianapolis, Indiana, where Martin’s father had gotten job. His father worked as a chemical engineer, and his mother was an insurance adjuster.

Martin has been attracted to medicine all his life: “Since I was a child, I was interested in science and medicine, and that was my path early on, probably as early as I can remember, middle school, high school for sure.”

He was drawn to anatomy and physiology courses, in particular, during his pre-college schooling. He also played basketball, something he continued as an undergraduate at Carson Newman College in Jefferson City, Tennessee. He eventually went on to attend Wayne State University Medical School in Detroit, Michigan, where his spark for serving as a mentor was lit.

While Martin was in medical school, surgeons were his role models. “It was a group of people, men and women that were highly respected in the hospital. They worked with their hands during technical procedures. They had a great fund of knowledge and, at times, worked at a very high pace with immediate results. All those things attracted me to the specialty,” he said.

“The people of Detroit, in southeastern Michigan, were also great educators, allowing medical students and faculty to provide care to some of the most complex problems in the world. Having access to that was ideal,” he said. “There’s a long legacy of surgical training and surgical education, and I really benefited from being in that environment.”

Mentoring is a process of helping a mentee find success. Martin points to Mallory Williams, who was a resident when Martin was still in medical school and served as his mentor at Wayne State—someone he has continued to learn from for almost 20 years.

“Sometimes mentors want mentees who are going to be just like them, but I think the best mentors are individuals who have the experience, who have the resources, who have the agency to provide advice and opportunities for the mentee so that he or she can reach their potential,” Martin said. “[And the mentee] must choose to define that.”

For Martin, success is “a moving target that I hope I never reach.”

After graduating from Wayne State University in 2003, Martin began a surgical residency at Ohio’s University of Cincinnati, which he completed in 2010. He also completed fellowships at the Cincinnati Children’s Hospital in 2008 and at Vanderbilt University in Nashville, Tennessee, in 2012.

Outside of work, Martin enjoys play sports. “That can almost mean any sport,” he said, including coaching and playing with his four children, ages 8 to 14.

Martin likes hiking though he’s relatively new to it, having only been involved for about four or five years. He was drawn in by the camaraderie of the activity. In and around Birmingham, he enjoys hiking at Oak Mountain State Park and Red Mountain Park. Beyond the Magic City, he’s been hiking “out West,” including trips to Mount St. Helens and Mount Adams in Washington state. He didn’t make it to the summit of Adams, but he did reach the top of St. Helens, a dormant volcano.

“We got to the edge of the crater and looked down into where the last eruption was. … It was kind of sandy and snowy at the top. We hiked it in the summertime, so there wasn’t a whole lot of snow, but there was some. … The lava has since dried is kind of sandy and grayish-tan, so it was pretty interesting,” said Martin, who plans to go back to Mount Adams with his hiking buddies sometime next year.

At Children’s of Alabama, things seem to be nearly back to normal after the COVID-19, which left a “lot of unknowns,” said Martin, and served as a huge learning experience for hospital staff.

“It kind of forced us to really educate ourselves and protect ourselves, to really learn what it looked like to take care of patients during the pandemic from our colleagues around the country and [internationally],” he said.

At the height of the pandemic, Children’s temporarily stopped doing elective procedures, which provided Martin with a “refresher.”

“Spending more time at home provided a well-needed break,” he said. “I sort of came back to work with a new perspective about what was important to me, which was health and well-being above all else.”

Things are a lot different now than they were a year ago, Martin added.

“Just being able to get together in a safe way amongst people who are vaccinated or distanced, to get together in social settings has been great. I think people really missed that. … [During the pandemic], I probably went six months to a year without shaking someone’s hand.” 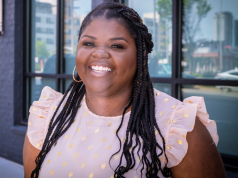 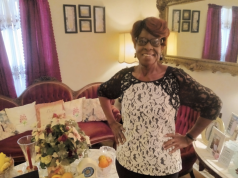 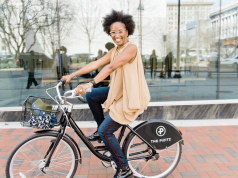