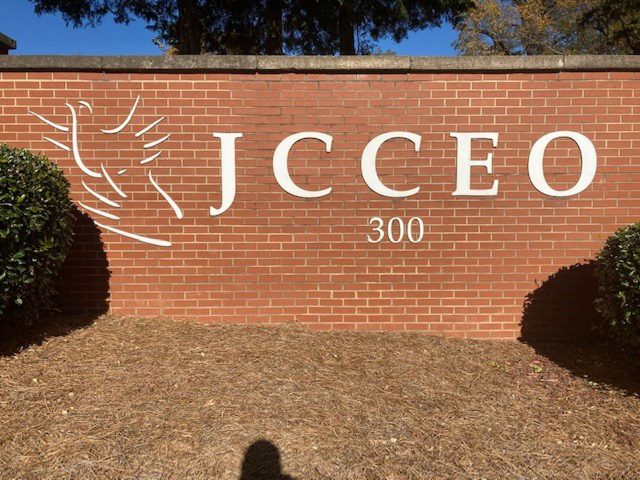 Those were the words of Gary Richardson, chairman of the Jefferson County Committee of Economic Opportunity’s (JCCEO) Board of Directors, after being told Tuesday by Alabama Department of Economic and Community Affairs (ADECA) Director Kenneth Boswell that the beleaguered 56-year-old agency must relinquish its remaining Community Service Block Grant funds by 5 p.m. Wednesday.

In a statement, ADECA said: “[ADECA] is responsible for managing the Low-Income Home Energy Assistance Program, the Weatherization Assistance Program and the Community Services Block Grant program in the state of Alabama. The local administration of the programs is handled by community action agencies, including the [JCCEO]. Our first priority is always to serve the needs of the clients in these programs.

“On Tuesday, Nov. 30, [Boswell] met virtually with [Richardson] to request the organization’s voluntary relinquishment of these three programs as the best way forward to provide the quickest deployment of funds to Jefferson County residents in need. We respectfully requested a decision from the JCCEO board by 5 p.m. on Wednesday, Dec. 1.”

“That’s it, it’s done,” Richardson said. “We don’t have any other funding source of any kind. The organization is technically gone.”

The money ($7,152,265) was to be used, Richardson said, to provide support for all of the agency’s services to low-income families in Jefferson County, outside of Head Start. Those include utility and rental assistance programs, assistance during extreme hot or cold weather, and home weatherization projects to help low-income homeowners save money.

“ADECA has provided guidance and technical assistance to the JCCEO since 2020 regarding these three programs and to address delays in the deployment of LIHEAP, which provides emergency assistance with utility bills to keep residents warm in the winter and cool in the summer. JCCEO has not administered the full amount of LIHEAP funds available for 2021,” ADECA noted. “The remaining $1.3 million in funds must be obligated by Dec. 31 or will be at risk of being sent back to the U.S. Department of Health and Human Services, the federal source of the funds.”

JCCEO has been reeling since early November when the board fired Executive Director Sharon Myles and terminated five independent contracts based on financial discrepancies.

Richardson says he was told the reason for the ADECA demand was that the agency had not submitted invoices for funds, as required, since July.

The funds will be directed to another agency outside the county for processing.

“He assured me that the people will continue to be served,” she said Tuesday. “I am comfortable with that.”

Soon after the firing of Myles and the contract terminations, the board revealed a previously undisclosed $2 million deficit. Upon that news, the board was pressured to relinquish a Head Start grant representing about 90% of JCCEO’s $37 million annual budget, said Richardson.

“I am working with federal and local partners to provide certainty to the affected workers, families, and children and restore these services as quickly as possible. As the situation evolves, we must make minimizing the disruption that this causes for the children and families of Jefferson County a top priority.”

Similarly, Richardson says, the board was pressured to relinquish the CSBG grant funds or ADECA would “take it anyway.”

Following the loss of the Head Start grant, the agency laid off 258 employees on the day before Thanksgiving. Before the demand by ADECA, the board was pleading for a $3 million bailout from the Jefferson County Commission and the City of Birmingham to prolong life at least through the end of the year.

“Two years ago, the organization started out with $57 million and 500 employees,” Ricardson lamented. “Now we have zero and zero.”

Last week Richardson, after a vote of the board, sent a letter asking the Alabama Ethics Commission to investigate Myles.

Myles had not responded to requests for comment by AL.com prior to publication of this article. Fox 6 News reports Myles has denied any misuse of funds.

There is no indication that any agency has begun an investigation into the issues raised by the board.

Since 1965, JCCEO has operated programs to help reduce poverty and help low-income residents of Jefferson County.

Tyson says she remains concerned for JCCEO employees who lost their jobs. “I don’t want the employees to be displaced, or they could end up on these programs,” she said. “I hope whatever agency is hired, hires them [to help administer the programs.

This story appeared originally on AL.com