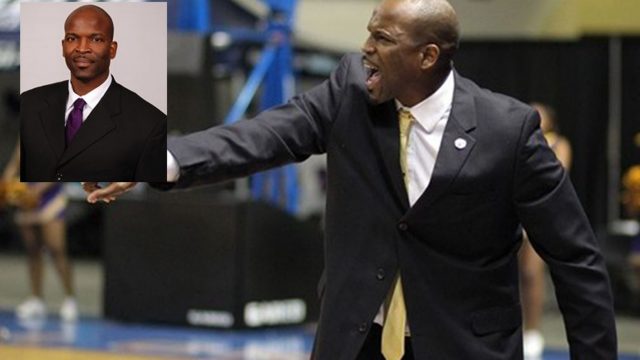 Miles Head Basketball Coach Fred Watson has been named the Jerry Johnson Division II Coach of the Year by HBCU All-Stars, LLC. The Golden Bears went 24-5 this season and earned a berth in the NCAA Division II South Region tournament.
Watson, who was also named Coach of the Year in the Southern Intercollegiate Athletic Conference this season, received the honor from the organizers of the Historically Black Colleges and Universities All-Star Game scheduled to take place on April 3 during Final Four weekend in New Orleans at the UNO Lakefront Arena.
Miles point guard Brandon Miller, a senior from Harvest, Ala., will participate in the All-Star game with Team McClendon. He finished the season averaging 9.4 points, 4.3 rebounds and 4.6 assists for the Golden Bears, leading the SIAC in assists.
Comprised of some of the best basketball players in the four HBCU NCAA Division I and II conferences in the country and backed by the official sponsor of the HBCU All-Star Game, Aflac, the 24 selections will be split up into two teams of 12 for the historic game, named after a pair of HBCU legends in John McLendon and Clarence “Big House” Gaines.
The game will air live on the CBS Television Network and be available for stream on Paramount+.