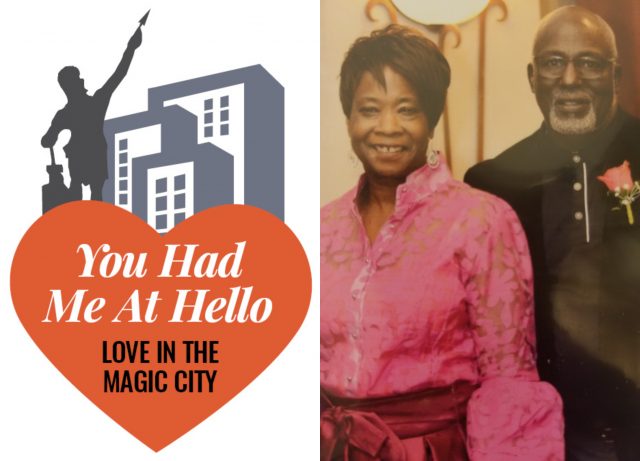 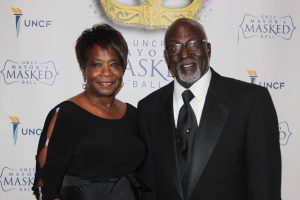 “A friend of mine convinced me to go to the concert after buying tickets, I refused several times but then decided to go,” Alfred remembered. “When [my friend and I] got there we sat on a row where two ladies were sitting in front of us, and to my surprise, [my friend] knew one of them. Ellen and [my friend] had finished college together at Alabama A&M, and he introduced me to her… When the concert was over, I invited Ellen and her friend to a party I was going to in Hoover… I didn’t expect them to show up, but they found their way to it, and [Ellen and I] danced and [mingled], and at the end of the party I gave Ellen my card, I was in insurance at the time.”

“…when Alfred invited us to the party I asked my friend [who attended the concert with me] if she wanted to go because she was married and [she and I ] found our way there,” Ellen said.

A month later, Ellen gave Alfred a call and the two reconnected.

The turn: Between 1978 and 1979. “I bought a house on the Southside across from Epic Elementary and I had been there a year, and I knew it was serious between us when I came home from work one day and she and her brother had came in my house and tore up my kitchen,” Alfred laughed. “They ripped up the countertops in my kitchen and I had to go and buy [the materials] to start remodeling it. [The kitchen remodel] was something that would have been done eventually, but I was [unmarried] so I didn’t go in there except to go to the refrigerator… I figured if somebody could care that much about what a kitchen looked like, they must plan on being there and she could put up with me.”

Alfred’s home purchase signified the start of their future for Ellen.

“Alfred had done everything that he said he was going to do [before settling down], so I knew it was getting serious,” Ellen said. “He told me everything he wanted in order before he got married and one of those accomplishments was [buying] his first house.”

The proposal: January 1980, at Alfred’s home on the Southside. “It wasn’t a formal proposal, it was more of a discussion and I told her that I didn’t believe in long engagements. I found out the date I was getting married from my mother when she congratulated me,” Alfred laughed, “she and Ellen had discussed it and planned it all.”

“He knew about the April date because we had discussed it,” Ellen said. However, “he did say he didn’t believe in long engagements and I said, ‘what about April?’ and he agreed, and we decided to do it in April.”

The wedding: In the courtyard of Sixth Avenue Baptist Church, in Birmingham, officiated by Reverend John Thomas Porter. Their colors were lavender and yellow. “The cherry trees and irises were in full bloom,” Alfred recalled.

Most memorable for the bride was a sweet gesture from her groom. “I was surprised when the fire truck pulled up at the wedding and his whole crew came. I didn’t know they were coming, and it was endearing to me,” Ellen said.

Most memorable for the groom was learning something new about his bride at the altar.

“When we got married you were used to only knowing peoples first and last name, and I was calling her what she told me her name was, and that was ‘San,’ short for Sandra. And when Reverend Porter asked me would I take Ellen to be my wife, I said, ‘who is Ellen?” Alfred laughed. “I was surprised because I didn’t know her first name was Ellen because her whole family calls her San.”

Words of wisdom: “Keep an open line of communication, have patience, trust, and understanding that you have to work together as one. Accept each other for who they are because you can’t change anybody,” Ellen said.

“Accept the responsibilities you have and fulfill them,” Alfred said. “I tell young men that the woman you end up marrying is the one who can put up with your [stuff], and you can put up with hers because the minute one of you stop putting up, one of you is gone because there are going to be differences.”

One thing I told my wife when we got married was that we’re going to get upset about stuff, but we don’t go to bed mad. You need to work out your issues before bed because if you go to bed mad you’re going to wake up mad. And try your best to stay out of debt because debt and money are key problems in a relationship.”

Happily ever after: The Bonner’s have two sons, twins, Marcus, and Marius, 38.

Ellen is a Smithfield/College Hills native and A.H. Parker High School grad. She attended Alabama Agricultural & Mechanical University, where she earned a bachelor of science degree in education, and the University of Alabama at Birmingham [UAB] where she obtained a master of arts degree in education, and a master of arts degree in school psychometry. Ellen is a retired educator, and a member of Alpha Kappa Alpha Sorority Inc.

Alfred is a [south Titusville] native, and Samuel Ullman High School grad. He attended Jefferson State Community College, where he earned an associate’s degree in fire science, and Athens State University [North Alabama], where he earned a bachelor of science degree in public safety administration. Alfred retired from the City of Birmingham as an assistant fire chief.