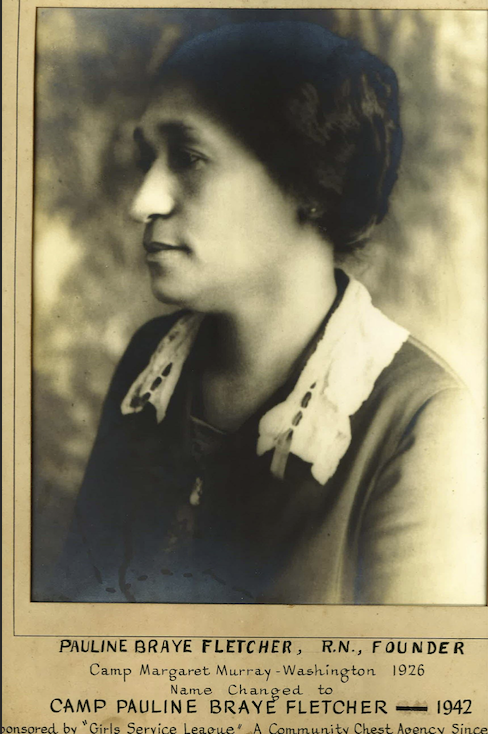 Camp Fletcher was founded in 1926 by Pauline Braye Fletcher, the first African American registered nurse in Alabama, as an outdoor retreat for inner-city Black children and families to explore nature and the outdoors.

Who was Pauline Braye Fletcher?

Fletcher was born May 9, 1884, in Franklin County, Georgia. Her parents were Andrew Jackson Bray, a farmer, and Mary Frances Bray, a seamstress. She had five siblings.

As a young girl, Fletcher showed traits of leadership during her high school years as a student at the Haynes Institute in Augusta, Georgia. She attended the Hampton Institute (now Hampton University), in Hampton, Virginia, and returned to Georgia after her father’s death.

Due to financial complications, Fletcher was unable to continue her studies, so she picked cotton to purchase a trunk—which cost $14 at the time. That same year, she was sent to the Huntsville Normal School, which is now Alabama Agricultural and Mechanical University. She studied nursing and sewing and graduated in May 1904.

Fletcher then spent the next few years in Decatur, Alabama, where she opened the Sterr’s Hospital and served as both general and head nurse. When she resigned in 1906, she took charge of the Birmingham Children’s Home for Negroes Hospital.

Fletcher married at an early age to Edward David Morrison, and they divorced a few months later. Then, in 1912, she married Andrew Jackson Fletcher, who died two and a half years later. She never remarried.

From 1915 to 1920, Fletcher served as a field nurse for the American Cast Iron Pipe Company (ACIPCO), one of the humanitarian industries based in Birmingham. When she resigned, she took a position as county nurse for the Jefferson County Anti-Tuberculosis Association, a role she held until she resigned in 1925.

Every career move prepared Fletcher for her eventual future.

“I don’t think Fletcher at the time knew how she was being prepared for her future in establishing the camp,” said Dean Cowser, administrator at Camp Fletcher. “[She] was really about health and taking care of people, and she was going to do that in whatever way she could in her lifetime.” 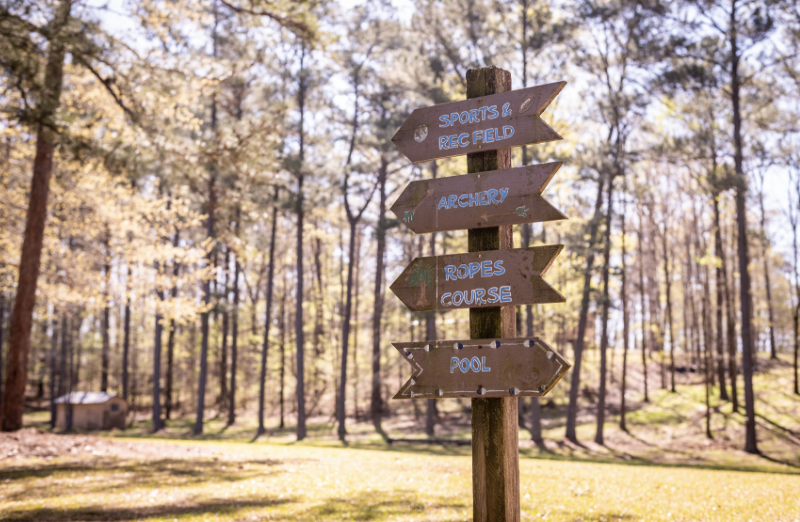 When Fletcher moved to Birmingham in 1906, she knew she wanted to make a difference. During her time with the Anti-Tuberculosis Association, she became convinced that underprivileged Black children needed an outdoor camp.

Realizing that no such space had been established for Black children in Alabama, Fletcher became active in trying to get Birmingham citizens interested in sponsoring a camp for Black youth. In 1924, she visited Camp Elwema in New York and, while on the trip, she attended a Graduate Nurses Association meeting. Upon the recommendations made at the convention, Fletcher reported her findings to nurses in Birmingham.

“[Fletcher] had a dream,” said Scott. “Her dream was that she wanted to bring children out into the woods. Get them out of Birmingham, out of the pollution into some fresh air to learn how to swim, to learn how to love nature, to not be afraid. She did that and she exemplified that in so many different ways.”

During Fletcher’s time, the camp was called Camp Margaret Murray Washington, in honor of the wife of Booker T. Washington, who, like her husband, was dedicated to educating and empowering people of color.

Fletcher and her team had six well-constructed, neat, clean, well-screened huts that were donated by friends of the camp. In 1926, Fletcher personally solicited lumber from every lumber yard in Jefferson County to begin the construction of the huts. In 1942, the board of the Girl’s Service League decided to change the name of the area to Camp Pauline Bray Fletcher because of Fletcher’s sacrifices to make the camp a reality.

In June 1948, two white Girl Scout instructors, Katrine Nickel and Elizabeth Ijams, came to Camp Fletcher to conduct leadership training sessions for about 20 African American girls. Because there were no African American women in the area with the qualification to conduct similar leadership training sessions, Nickel and Ijams came to the camp from Memphis, Tennessee. While the instructors were at the camp, the Ku Klux Klan decided to frighten them with a night raid.

According to The Birmingham News, on June 12, 1908, between eight and 10 robed, masked men entered the instructors’ tent, woke them up, shined flashlights in their faces, rifled through their purses and belongings, and ordered them to get out within 24 hours. As a result of the threat, Camp Fletcher closed and sent everyone home.

“It was the early 1900s,” said Cowser. “You have to remember this was a time fraught with severe racial tension. Black people and white people were separated by law, and Fletcher already was doing the unthinkable in her time by establishing a Black camp for Black kids. … She and her team faced a lot of adversity.”

Public outcry and negative national press helped encourage action against the Ku Klux Klan. The Alabama legislature passed the first anti-masking law in 1949, which made it a misdemeanor to appear in public wearing a mask. It carried a $500 fine or one year in jail for violation. It was the first anti-masking law enacted in the Deep South since Reconstruction, and it weakened the power of the Ku Klux Klan.

“What happened at Camp Fletcher served as the catalyst for this law,” said Cowser. “The camp has been influential in so many ways and should serve as an example and motivator for how change and good works go hand in hand.”

Fletcher died in 1970 in Birmingham.