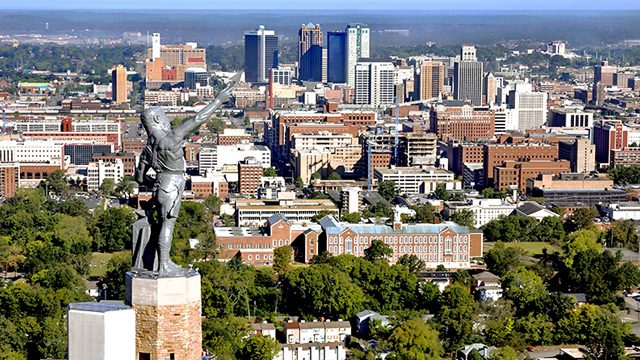 Visitors spent an estimated $2.2 billion in Jefferson County (AL) in 2021, a 45 percent increase over the previous year’s spending totals, according to a study commissioned by the Greater Birmingham Convention & Visitors Bureau (CVB).

The numbers show that the local travel industry is making a healthy return, said CVB and county officials.

“It is encouraging to see travel regaining strength after the crushing blow it took in 2020 when the pandemic shut down entire segments of the industry,” J. John Oros Jr., CVB president and CEO said.  “It was a dark period for so many who depend on tourism for their livelihoods.  This rebound is great news not only for employment but also for what travel and tourism contribute to the economy of the county.”

Jefferson County Commissioner Joe Knight, vice-chair of the CVB, said the study is “absolutely good news. People are tired of being pent-up, they are tired of staying home, and not going anywhere . . . leisure travel is up it’s exciting we have a lot to offer here.”

Those offerings range from events at Protective Stadium and Birmingham Jefferson Convention Complex in downtown Birmingham to the Finley Center in Hoover as well as dining and countless other amenities in the state’s most populous county, say officials.

Oros said the estimated $2.2 billion in tourist spending includes hotel revenue from across the county, ground transportation, money spent in restaurants and retail, concerts, recreation and sporting events at Protective and Legacy Arena not to mention the CrossPlex in Birmingham and the Hoover Met.

“The CVB has a travel media director on staff who regularly hosts journalists from around the world.  They come to cover everything from our Civil Rights history and outdoor activities to real Southern fare and the Southern spin our top chefs put on their signature dishes,” Oros said. “That’s why tourism is such an important part of our local economy.”

“If tourism helps bring [business leaders] here, we can show them what our [area] is like, they see it from a different light than our past,” Ammons said, “. . . they can [locate companies here], live here and we can grow our city and our county with higher quality jobs.”

The study also found an increase in tourist-generated taxes, with total taxes for the state reported at $253 million. Local government received more than $90 million in taxes produced by tourism in Jefferson County.

The greater Birmingham area was host to more than 3.6 million overnight visitors throughout 2021, according to the study. The area’s visitor count grew from a 33 percent decline in 2020 to a 26 percent increase in 2021.

Knight credited the CVB for working through the pandemic. “A lot of these [national] convention boards laid off their people” during the pandemic, Knight said. “We didn’t. We cut back on hours and [adjusted] salaries but the CVB worked through the pandemic so when it did break they would be on it. . . and I think the results are showing. Even though a lot of people weren’t traveling [in 2020] and going places and visiting, now they are, and we are ahead of the curve.”

2020 was “an anomaly” with the pandemic but the Birmingham metro area is “welcoming back travelers in numbers that are becoming comparable to pre-pandemic times,” Oros said.  “Events are back on the in-person schedule, and that’s good news.  Just look at the [recent] two-day sellout at the Honda Indy Grand Prix of Alabama.”

Tourist spending patterns continued to follow those of past years with transportation topping the list.  Dining expenditures came in second, followed by lodging, recreation, and retail.

“It’s not surprising that dining is one of the strongest spending categories,” Oros said.  “We heavily market award-winning cuisine and chef-owned restaurants in the greater Birmingham area.  Dining experiences remain a list-topper for reasons people travel.”

Officials predict the tourist spending numbers from this year could be among the best ever. “From a tourism perspective it certainly helps that you have brand new Protective Stadium and renovated Legacy Arena,” Ammons said, “. . .we’re going to have Garth Brooks as the opening concert (June 4) at Protective Stadium and you have great concerts and athletic events going on at Legacy Arena; those are two small parts of it.

Oros said, “As we look toward The World Games this summer, we are optimistic that it will impact climbing visitor numbers. As long as the economy and consumer confidence remain stable, we expect to emerge from the COVID slump with a strong travel industry intact and growing.”

TWG 2022, which will draw elite athletes from more than 100 countries around the globe, will take place from July 7 through July 17, 2022, at various venues across the Birmingham metro area—including Protective Stadium, Legion Field, the Birmingham CrossPlex, and the Hoover Metropolitan Complex. The Games are expected to have an estimated $256 million in economic impact.

The World Police and Fire Games, which will take place June 27-July 6, 2025, will feature more than 10,000 first responders competing in 1,600 medal events which will be hosted at more than 35 venues across the city and expected to have an economic impact of $75 million on the Birmingham region.