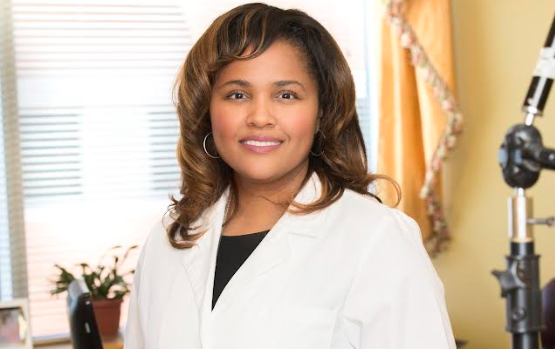 Menopause, the time that marks the end of a woman’s menstrual cycle, can be different for women of color, according to Tomeka Roberts, M.D., a GYN with Ascension St. Vincent’s Women’s Health in Birmingham

One reason could be socioeconomic causes and stressors, she said. In addition, results from the Study of Women’s Health Across the Nation (SWAN) show that women of color are more likely to start their transition to menopause earlier, and it can last longer. Findings also indicate that women of color report more intense symptoms, especially hot flashes and vaginal discomfort.

Asked why women of color experience menopause differently, Roberts, who specializes in gynecology, said, “We do not know why it is longer. Some studies think it is due to socioeconomic causes and stressors unique to women of color.”

These stressors can include lower socioeconomic status, lack of access to health resources, and living in disadvantaged environments, according to Chorus Health Inc.

As a woman ages, the reproductive cycle, which functions continuously from the onset of puberty, begins to slow down and prepares to stop.

“Menopause is when [a woman has not] had a cycle in a year. The typical age is around 51 or 52, but it can be earlier in African Americans,” said Roberts.

Studies have shown that some women, particularly Black women, can reach menopause in their late 30s or early 40s.

According to Roberts, as menopause nears, the ovaries make less of a hormone called estrogen. When this decrease occurs, a woman’s menstrual cycle, or period, starts to change, usually becoming irregular and then stopping.

Physical changes can also happen as a woman’s body adapts to different levels of hormones. During menopause, women may experience a broad range of symptoms, including hot flashes, night sweats and/or cold flashes, vaginal dryness (which can cause discomfort during sex), urinary urgency, insomnia, emotional changes, and more. Several factors can play a role in how menopause affects each woman, including whether she smokes, how much she exercises, her family history, or the amount of stress in her daily life.

While most women will experience menopause symptoms, studies find that they may occur at an earlier age and be more intense in women of color. It is important for women of color to not ignore the signs or symptoms of menopause, no matter the age. Because women of color are more likely to enter menopause earlier, they are at greater risk for adverse health outcomes later in life.

Menopause is a natural event that will happen to more than half of the population, but it still remains veiled in silence. The discussions around menopause are already few and far between.

“Menopause is not talked about regularly because some physicians do not want to or know how to treat it. Women think it is just something they have to go through, and it is part of getting older,” said Roberts.

Here are five steps for an easier menopausal transition:

To learn more about menopause or to schedule a visit with a doctor at Ascension St. Vincent’s Women’s Health, call 205-939-7800 or visit ascension.org