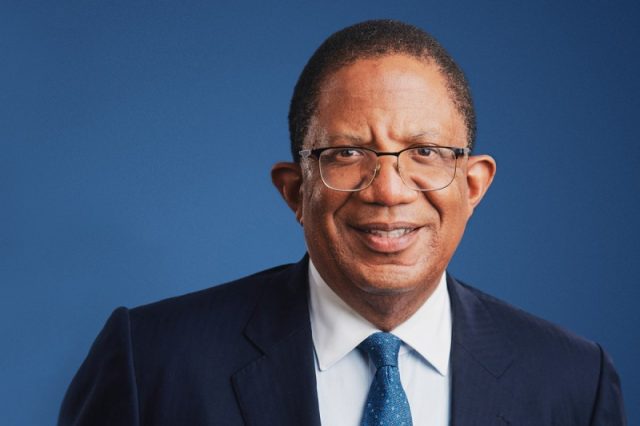 UAB’s Selwyn M. Vickers, MD, an internationally recognized pancreatic cancer surgeon and researcher, a pioneer in cancer health disparities research, and an academic medical leader, has been selected to serve as Memorial Sloan Kettering Cancer Center’s (MSK) next President and Chief Executive Officer. Vickers will succeed Craig B. Thompson, MD, who announced his intention to step down earlier this year. The transition will occur in September 2022.

Vickers, 62, currently serves as Senior Vice President for Medicine and Dean of the Heersink School of Medicine at University of Alabama at Birmingham (UAB), where he is also the Chief Executive Officer of both the UAB Health System and the UAB/Ascension St. Vincent’s Alliance.

“Dr. Vickers is an extraordinary surgeon-scientist with a proven track record of success in leading complex academic medical centers, building innovative academic and research programs, and strengthening clinical care. Throughout his career, he has demonstrated a passion for unlocking treatments and cures for cancer,” said Scott M. Stuart, Chair of the Memorial Sloan Kettering Cancer Center Boards of Trustees and Governing Trustees. “Dr. Vickers is a charismatic and compassionate leader who is uniquely qualified to shepherd this great organization into the future.”

At UAB, Vickers oversees a statewide network of hospitals and a $5.8 billion health system that includes the 8th largest hospital in United States, and a research enterprise of more than $350 million in federal research funding. He is responsible for the clinical activities and scientific research of nearly 3,500 faculty, the education and training of 800 medical students, and a total workforce of more than 17,000 personnel.

Under his leadership, the Heersink School of Medicine experienced significant growth, supported by a $95 million gift that led to its naming, and benefitted from transformative National Institutes of Health (NIH) research growth, adding $100 million in new NIH funding, which represents an unprecedented 75 percent growth in NIH funding over the past five years.

“For 135 years, MSK has set the standard for excellence in caring for patients and finding new treatments and cures for cancer, and it is arguably the world’s preeminent center for the training of the next generation of scientific and physician leaders,” said Vickers. “The basic science programs of the Sloan Kettering Institute have led the world in cancer discovery science and translational research, and I am confident that MSK is on the path to tackle one of the world’s greatest threats to life, cancer. I am honored to have the opportunity to work with the pioneering researchers and dedicated doctors, nurses, and staff to build on MSK’s extraordinary legacy.”

UAB President Ray Watts said in a note to employees that Vickers “helped recruit and retain incredible talent to advance our mission, and that fact is among the many reasons we remain in a position of strength to ensure a smooth transition as we continue to grow and thrive and serve the people who count on us.”

Vickers served on the faculty of the University of Minnesota Medical School, where for seven years he was the Jay Phillips Professor and Chair of the Department of Surgery. He also spent 13 years as a surgeon and educator at UAB, including six years as John Blue Chair of the Division of Gastrointestinal Surgery. He completed two post-graduate research fellowships with the National Institutes of Health and training at John Radcliffe Hospital of Oxford University. He has baccalaureate and medical degrees from the Johns Hopkins University.

Vickers continues to see patients and conduct clinical and health disparities research. He is a board-certified surgeon and the past president of the American Surgical Association. Vickers is a member of the National Academy of Medicine and the Johns Hopkins Society of Scholars. He previously served on the Johns Hopkins Board of Trustees.

Vickers and his wife, Janice, have four children.