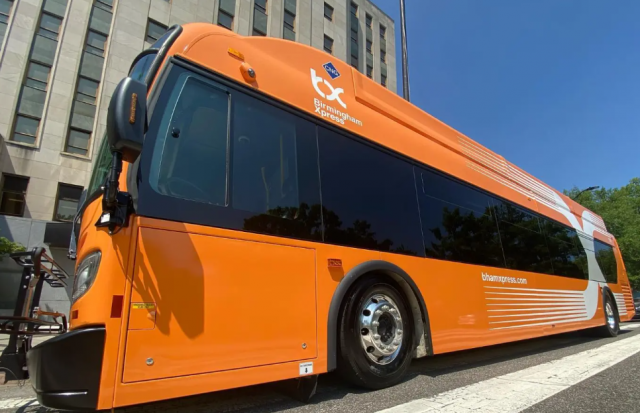 The Birmingham Xpress bus rapid transit (BRT) system, which will serve an east-west corridor across the city, will not be complete by the start of The World Games (TWG 2022), said City Councilor Darrell O’Quinn at a transportation committee meeting Monday.

“It was an aspirational goal for us to be able to show [the BRT system] off to the visitors coming to The World Games, but the more important thing is that we have one of the biggest advances in public transportation that’s happened in the city in many decades that’s about to come online,” O’Quinn said.

The margin of error for completing the BRT project in time for TWG 2022 was “always razor-thin,” the councilor said.

“Anything as minor as a thunderstorm could have caused the delay. Well, that has now manifested itself, and I guess the fortunate thing is that the majority of the construction has been completed…” O’Quinn said.

Despite the less ideal timeline for completion, O’Quinn said the system will still improve life for residents of Birmingham.

“While it would have been great to show [the system] off for the company, it’s here to serve our citizens…and provide opportunities for those folks to access health care, education, employment and many other things that make for a good quality of life,” O’Quinn said.

BRT is a form of bus transit intended to have efficiencies of rail, with pre-board payment, green light priority and bus-only lanes, among other implements. The Birmingham Xpress project, which has been in development since at least 2018, began construction in late 2020.

Marie Sutton, public information for Mayor Randall Woodfin, said finishing the BRT system before TWG 2022 was never part of a formal timeline and that the project saw numerous delays for a number of reasons including supply chain delays and high costs in an unstable market.

“There was an assumption by many that Birmingham Xpress would be completed for The World Games 2022. That timeline was never part of the actual project,” Sutton said in a statement.

On Wednesday, Charlotte Shaw, CEO of the Birmingham-Jefferson County Transit Authority (BJCTA), said that while construction is mostly complete, the approval process from the Federal Transit Administration (FTA) is still ongoing.

“We just got to the wire, and the FTA just could not get in in time to really finalize our systems integration, and we almost made it,” Shaw told the Birmingham Times, “but of course, the FTA is not defined by World Games. They’re defined by their requirements.”

Shaw estimated that the final approval would be issued around late August or early September. To achieve the approval, BJCTA is currently running simulations of the BRT system, sending some buses on the route to test various safety measures, Shaw said.

In May, BJCTA and TWG announced a new transit system, “Ride the Line”, that will run the duration of TWG. Earlier this month, TWG announced that, through a partnership with BJCTA, a new “Yellow Line” would be added to the system.

The yellow line, which is roughly the same as the BRT corridor, is part of a fallback strategy Shaw said she helped developed soon after she became head of BJCTA last fall.

“Our yellow line will definitely stop very near some of those locations. I think we’ve got six locations that we’re going to be stopping throughout the corridor, which works out really a little better because we’re stopping at fewer locations, which means our services should even run faster,” Shaw said.

That construction of the BRT system is “predominately complete” is a feat, given the supply chain and workforce issues that came as a result of the coronavirus pandemic, Shaw said.

“Our backs were always up against the wall with things out of our control, but the team pulled through. It’s amazing that within one year, we were able to get the design. Once we started hitting that momentum, when I came on board [Oct. 2021] … we got design and construction through…within a year, in really less than a year,” Shaw said.

“If COVID had not been the issue for us, we would have made that deadline,” she added.