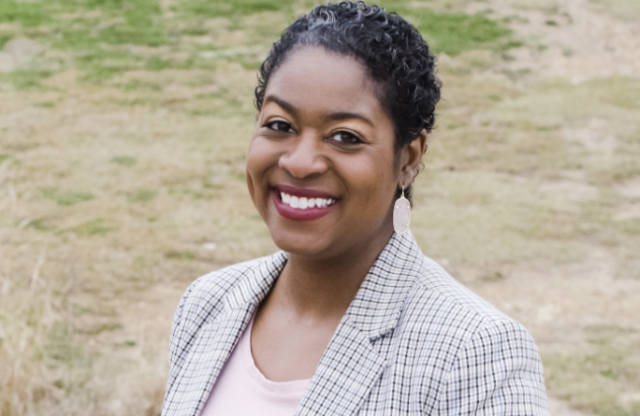 “I’m nervous about The World Games,” I told a friend who’s from Birmingham but now lives in Brooklyn, New York.

I was concerned because this would be the first time Birmingham had ever hosted an international, multi-sport event like this. The World Games event is nearly as big as the Olympics! Did we have the infrastructure to handle the thousands of people expected to attend? Would the 3,600 athletes feel at home here? Would local businesses reap the rewards of the $256 million estimated economic impact? Would Birminghamians come out to support the games and all the other activities and events planned for July 7 through 17?

“You sound like a mom setting her son up on a date,” my friend said to me. I laughed but she wasn’t too far off. Birmingham is my home and I fiercely defend it before anyone who thinks we’re a city frozen in time, to anyone who only equates us with black and white images from the 1960s. So I did feel a bit like a stage mom as my city prepared for a once-in-a-lifetime performance.

But in the end, Birmingham showed up and showed off many of the things that the Magic City magical.

As expected, there was much talk about Southern hospitality before and during the Games, a claim that we Birminghamians could make people feel at home here no matter what country they hailed from. We answered the call immediately. At the opening ceremony in Protective Stadium during the parade of nations, we cheered the longest and loudest not for Team USA but for Ukraine, a country at war with Russia. That standing ovation showered Ukraine with love and set a tone of solidarity for the next 11 days.

Earlier this year, after Russia’s invasion of Ukraine, TWG 2022 announced plans to donate $1 from every ticket and item of World Games merchandise sold since April 1 to help benefit the Ukrainian Community and Sports Movement through the Olympic Solidarity Fund. Just hours before the Closing Ceremony at Birmingham’s Protective Stadium, The World Games 2022 presented a check for $54,000 to support athletes and sports in Ukraine.

Birmingham welcomed the world in a number of inspiring ways. When Mayor Randall Woodfin learned that Eva-Maria Raudsepp, a 17-year-old sumo wrestler from Estonia, was feeling homesick and had a simple wish of seeing a giraffe for the first time, he called the Birmingham Zoo to arrange for her an hour-long private tour. Raudsepp and Mayor Woodfin spent the morning of July 12 with Willow, one of the zoo’s giraffes.

Southern hospitality revealed itself in small ways too. When I and a few other Birmingham residents found ourselves seated with athletes from Switzerland at a wheelchair rugby match, we decided to root for the Swiss too. “Hopp Schwiiz!” we were all yelling by the fourth quarter.

The World Games wouldn’t have been possible without the 3,300 volunteers who gave their time, braved the humid Alabama heat – which sometimes edged past 100 degrees —  and greeted each guest with a smile.

Each time I saw someone I knew at one of the games, I celebrated a bit because each familiar face represented another Birminghamian who was supporting the Games and supporting the athletes.

But we also made sure to take care of our own during The World Games. The merchant markets at The World Games Plaza as well the Civil Rights District Marketplace created space for local small businesses to take advantage of all the foot traffic downtown.

When downtown restaurants noticed their regular customers were staying away thinking they wouldn’t be able to find parking near their favorite haunts, REV Birmingham compiled and distributed a parking guide to try to ease their fears.

When the parking lot at the Birmingham CrossPlex was full before 11 am one Saturday morning of the Games, the officers working the venue improvised and turned nearby open spaces into makeshift parking areas.

Thanks to a partnership between the City of Birmingham, the Birmingham Organizing Committee and the Birmingham-Jefferson County Transit Authority, fans attending The World Games were able to get free bus rides to the various venues.

Let’s go to the Plaza!

My favorite phrase to say during The World Games was “Let’s go to the Plaza.” In addition to the merchant markets, The World Games Plaza – located at CityWalk BHAM  — also hosted live entertainment each day. Birmingham-based comedienne Eunice Elliott was the mistress of ceremonies for many of these events and folks at The World Games Plaza got a taste of Magic City Fashion Week too. My heart swelled with joy seeing local talent on the stage and seeing the city buzzing each night with people of all ages out and about enjoying the city.

The free concerts from hip-hop stars Lupe Fiasco and Big Boi proved that Birmingham’s music fans are top notch. Even though the Lupe Fiasco show had to be rescheduled due to severe thunderstorms, on Sunday, July 10, we filled the streets, rapping and singing along to the lyrics of every song. The Big Boi show on Wednesday, July 13 drew a crowd of about 5,000 people. In fact, the turnout was so huge, security had to turn people away.

Be a Tourist in Your Own Town

TWG 2022 reminded me to be a tourist in my own town. I spent time at historic Kelly Ingram Park for the Civil Rights District Marketplace, which not only featured a merchant market but performances by local artists as well. One day I sat in the park snacking on Naughty But Nice Kettle Corn and sipping lemonade from Royaltea – both locally-owned brands founded by Black women.

On another day, I stopped by the Birmingham Civil Rights Institute to check out the new exhibit “Race to Freedom.” The display pays tribute to athletes and athletic organizations tied to Alabama, such as Joe Louis, Jesse Owens, Alice Coachman Davis, the Birmingham Black Barons, the Alabama Sports Hall of Fame, NASCAR, and others. Taking visitors on a journey from Jim Crow to present day, the exhibit explores how Black athletes have used sports to fight for equality.

The World Games 2022 was a once-in-a-lifetime opportunity. I made it out to several sporting events — including breakdancing, aerobic and rhythmic gymnastics, Muay Thai, artistic roller sports, and wheelchair rugby – and I was in awe of the talent and skill of the athletes. But to me, it was my city who was the most valuable player.

Though Lionel Richie was the headliner at the closing ceremony, my cheers were loudest for Alabama Poet Laureate Ashley M. Jones, a daughter of Birmingham and an educator who is the youngest and first Black poet laureate of the state, and for gospel recording artist Pastor Mike Jr., pastor of Rock City Church in Birmingham and winner of 11 Stellar Gospel Music Awards. Prime examples of the talent that Birmingham can birth, they are both shining stars lighting the path to an even brighter future for our city.

As the Games came to a close, I reminded myself that this is only the beginning. The World Games Plaza activations may be dismantled but CityWalk is here to stay. Protective Stadium and the renovated Legacy Arena are still here to help Birmingham become a sports and entertainment capital of the South. The athletes may have returned to their countries, but the homegrown talent that helped make The World Games 2022 possible – from the organizers and volunteers to the performers and entrepreneurs — is still here too.

During one of the breakdancing competitions co-host Kondo Simfukwe said that breaking teaches people not to give up on their dreams. When you try to make a profession out of something so unorthodox, you’re often told by well-meaning people that you need to be more sensible and realistic.

Javacia Harris Bowser is a contributing writer for The Birmingham Times and the founder of See Jane Write, a website and community for women who write. Learn more at seejanewritebham.com and follow her on Instagram @seejavaciawrite.