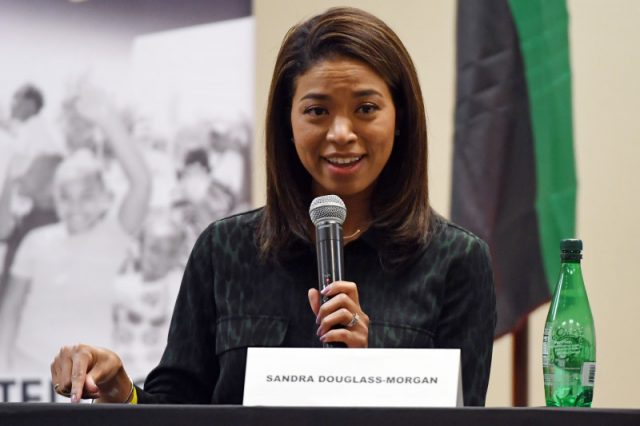 The Las Vegas Raiders have hired former Nevada Gaming Control Board chairwoman Sandra Douglass Morgan to be team president, making her the first Black woman in NFL history to hold that role.

“I am thrilled to join you as we embark on one of the most exciting times in the history of our organization,” she wrote in a letter to team employees announcing her hiring, per Mick Akers of the Las Vegas Review-Journal. “I look forward to meeting each of you in person over the coming weeks.”

The Raiders have seen significant executive turnover in recent years. Last July, former team president Marc Badain resigned after 30 years with the organization in various roles, a move that came as a major surprise.

And in May, team owner Mark Davis fired Badain’s replacement, Dan Ventrelle, who said that he was relieved of his post after informing the league office that there were “multiple written complaints from employees that [Davis] created a hostile work environment and engaged in other potential misconduct [that] caused me grave concern.”

“Let me be clear—I am not here to avoid or sidestep problems or concerns that need to be addressed,” Douglass Morgan said in the letter sent to team employees, per Akers. “I’ve given long and thoughtful consideration to joining you, and I’ve done so because I believe in the promise of the Raiders. Most importantly, I believe in your core values of integrity, community, and commitment to excellence. I will expect you to embody those and to hold me accountable to doing the same.”

The Raiders have a history of hiring people from historically excluded groups. When Art Shell was hired as the team’s head coach in 1989, he was the first Black head coach in NFL history. And longtime Raiders executive Amy Trask was the first woman to be CEO of an NFL franchise.

Along with working on the Control Board for two years, Douglass Morgan served as the vice chair of the Las Vegas Super Bowl host committee, was on the board of directors for Allegiant Travel Co., was the director of external affairs for AT&T Services Inc., worked for the Nevada Gaming Commission and the Nevada State Athletic Commission and served as an attorney for the city of North Las Vegas and as a litigation attorney for MGM Resorts International.