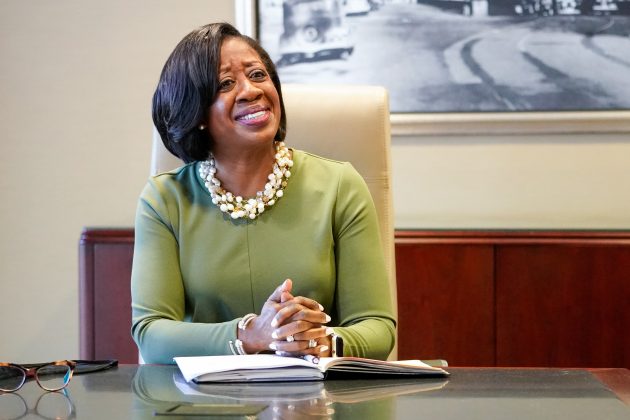 Tracey Morant Adams was installed last week as the 27th South Eastern Regional Director of Alpha Kappa Alpha Sorority, Incorporated (AKA). In this role, she will lead over12,000 members and more than 114 graduate and undergraduate chapters in Tennessee, Mississippi and Alabama.

Her election marks the first time in 40 years that a resident from the Birmingham area has been named to the top post in the South Eastern Region.

“It is an honor of a lifetime to serve this organization and to collaborate with our dedicated members to build on the powerful legacy of our founders,” Adams said.

Adams received the oath of office at the 70th International Boule’ on July 14, 2022, in Orlando, Florida. However, her ascension to the top regional post began years ago when she declared a commitment to community service while an undergraduate at the University of Montevallo. There, she was initiated into Mu Mu Chapter of AKA in 1985. Since then, she has volunteered at every level of the organization, including serving as a charter member and president of Upsilon Eta Omega Chapter in Birmingham, Alabama.

“Our chapter is proud of her and stands with her as she prepares to lead the South Eastern region,” said Upsilon Eta Omega Chapter President Manessa Wilson. 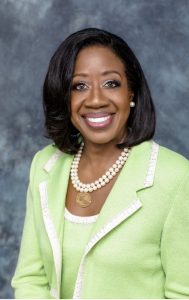 Prior to her election as South Eastern Regional Director, Adams was Chairperson of the International Membership Committee where she successfully led a campaign to reactivate over 30,000 members. Her past national appointments with AKA include serving as a representative to the membership and standards committees. At the regional level, she served as conference secretary and was chairperson of various committees including operations, logistics, and the 79th South Eastern Regional Conference. She is a certified parliamentarian, graduate advisor, and financial officer.

“Tracey has strong business acumen and a passion for serving others. These attributes make her an extraordinary business and community leader,” said Renasant Bank President and CEO C. Mitchell Waycaster.

Adams’ community service includes appointments to several important state and national boards that include Talladedga College where she is Vice Chair, The Women’s Foundation of Alabama, Children’s Hospital of Alabama, and the National Community Reinvestment Coalition’s Community Advisory Committee. In 2021, the Governor of Alabama appointed her to the Alabama Women’s Statutes Commission.

For her civic and professional contributions, Adams has been celebrated by the American Heart Association, Alabama Girl Scouts and the NAACP. In 2020 she was named one of Savoy magazine’s Most Influential Black Executives in Corporate America, and Profiles in Diversity Journal identified her as a “Woman to Watch.”

According to Adams, the motivation to serve comes easily. She credits her mother, Callie W. Morant, also a member of AKA, for being a role model and an example of servant leadership. Her mother, she said, instilled in her a passion for education.

Following completion of undergraduate studies at the University of Montevallo, Adams obtained an MBA degree from Samford University. In 2021 she earned a doctorate degree in educational leadership, policy and law from Alabama State University.

“I am also inspired by the women of AKA who, through their sisterhood and service, are living the values of our organization every day,” said Adams.

Alpha Kappa Alpha Sorority, Incorporated is an international service organization that was founded at Howard University in Washington, D.C. in 1908. It is the oldest Greek letter organization established by African American college-educated women.