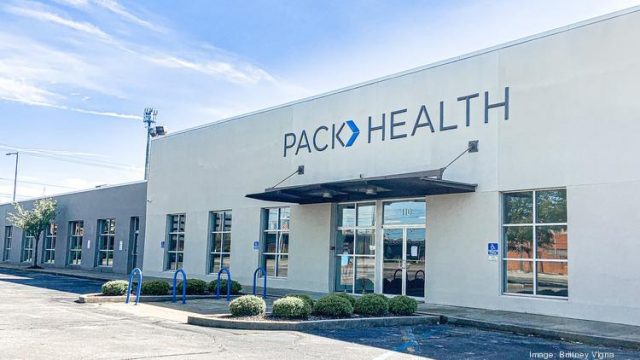 In a sign of its economic development muscle, Jefferson County Commission recently announced five projects in one day that will create hundreds of high-paying jobs, millions in investments and diversify the economy across the metro area, according to the commission.

A total investment of $31.8 million is spread across three of the four projects. The county is also investing $750,000 into a study and project from the Birmingham Business Alliance. Three of the projects will create a projected 401 combined jobs over the next five years

“Each of these projects is the result of regional cooperation across multiple agencies. It’s important that we not only bring in new industry to diversify our economy, but continue to support agencies that are established and an integral part of the community as we continue to grow,” said Steve Ammons, Jefferson County Commissioner, Chair of the Economic Development Committee.

The key has been to build relationships, Ammons said.

“We have strong relationships with the Birmingham Business Alliance (BBA), the Department of Commerce, with our local allies in our seven-county region,” he said.

The focus is not only jobs “but it’s jobs with above average wage because we don’t incentivize jobs unless they meet certain criteria which is above a median income. We require $50,000 a year minimum — which we probably need to look at that and maybe increase,” he said.

Incentivizing jobs with above average wages improves the overall economy, said the commissioner. “That’s going to be more people buying houses, or renting, if they’re just going to be here for a couple of years . . . of course, once they come here, they love it, and they want to be here.

“In the grand scheme of things, once you buy a place, and you’re buying a car, or you’re going into the restaurants it has an impact. How much of that is discretionary spending? And how much are you spending in the community to improve your house? or to go to the Red Mountain theater? Or any one of the restaurants? . . . How more money is being infused into the economy because we’re adding jobs.”

Ammons said he is pleased by timing of the projects. “Some of these have been a long time coming. And they all just happen to land just about the same time, but timing is everything right? It takes a lot of work that people don’t see in the background to make sure that these are good projects. It takes a lot of conversation, it takes a lot of work from our legal team to make sure those agreements are appropriate and are in the best interest of the county. I’m happy that the level in the interest in economic development, especially in the sectors that we we’ve chosen.”

Those sectors, he said, include advanced manufacturing, which includes automotive and aerospace; technology, its bio and life sciences, everything from [genomics to biotechnology].

About: a local health care company with a capital investment of $5.2 million. Pack Health is an evidence-based patient engagement platform that changes health behaviors to close gaps in care and improve patient outcomes.

Job estimates: This expansion is estimated to create 120 jobs over three years + 200 jobs by year five.

Incentive: amount based on job creation.

Plans: It will invest $26.6 million in the community.

Incentive: amount based on job creation.

About: a Liberty Park Joint Venture with the City of Vestavia.

Plans: It will develop approximately 865 acres that will be the new headquarters for Medical Properties Trust and also have residential, hospitality, healthcare, parks + schools.

Fiscal impact:  $70 million in property taxes over the next 25 years for Jefferson County.

About: a non-profit scientific research organization.

Plans: It will expand its facilities to develop commercialization capacity with a venture studio + new 200,000 square foot research laboratory space.

About: a supply chain study + program to support business development.