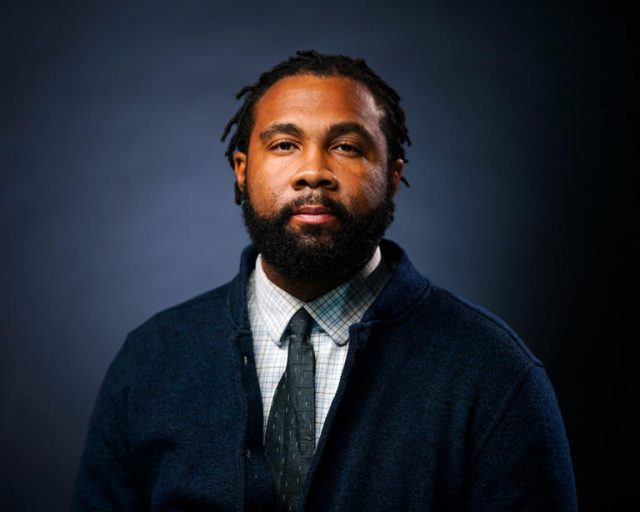 (Reuters) – When Evan Milligan, a voting rights activist and organizer, scans his hometown of Montgomery, the capital of the state of Alabama, he sees a tale of two cities.

On one side of Montgomery, Black voters like him have been placed in the only one of Alabama’s seven U.S. House of Representatives districts where they represent the majority. On the other side, the city’s remaining Black voters reside in a different House district where they are vastly outnumbered by white voters.

Milligan sued alongside other plaintiffs to challenge the map in a case now headed for arguments at the U.S. Supreme Court on Oct. 4.

“We have worked very hard over the course of this country’s history, specifically in terms of the Black people who live here, to expand access to democracy and to expand voting to all of the people who make up our communities,” Milligan told Reuters. “Why are we choosing this moment to step back from our traditions that have expanded access to the ballot?”

The plaintiffs accused the legislature of designing the map to dilute the clout of Black voters by confining their power to a single district even though Alabama’s population is 27% Black, in violation of the Voting Rights Act. That landmark 1965 federal law prohibiting racial discrimination in voting was enacted at a time when Southern states including Alabama enforced policies blocking Black people from casting ballots.

A lower court agreed with the plaintiffs.

The state of Alabama’s appeal defending the map is set to be argued on the second day of a new nine-month term for the Supreme Court, which has a 6-3 conservative majority. U.S. conservatives have long expressed skepticism toward racial preferences in American society designed to counter past or ongoing discrimination.

The eventual ruling could cripple the Voting Rights Act, whose passage was fueled by historic marches for Black voting rights and the violent response by local authorities in Alabama from Selma to Montgomery. The Supreme Court already undermined the law in a 2013 ruling in another case from Alabama.

Alabama has said that drawing a map that would satisfy the plaintiffs would require it to deliberately maximize the clout of Black voters, which it argues would amount to racial discrimination in violation of the U.S. Constitution’s 14th Amendment guarantee of equal protection under the law.

Democratic President Joe Biden’s administration and a number of voting rights groups are supporting the plaintiffs. Administration lawyers and some scholars who have studied the issue have said a ruling favoring Alabama also would threaten certain electoral districts in other states – for the U.S. House and state legislatures – drawn to give minorities an equal opportunity to elect their preferred candidates.

Alabama, represented by Republican Attorney General Steve Marshall, contends it paid no attention to race in drawing its map, adding that if Section 2 requires consideration of race, it would be unconstitutional. Alabama is not required to “confer maximum political advantage to particular voters based on race,” the state said in a legal filing.

American Civil Liberties Union lawyer Davin Rosborough, who is helping represent plaintiffs including Milligan, said the practical impact of Alabama’s position “would be potentially very drastic” as it would “remove race from a statute that was crafted to consider race and how states are using all sorts of practices that can dilute minority voting power.”

Conservative states and groups already have successfully prodded the Supreme Court to limit the Voting Rights Act’s scope. Its 2013 ruling struck down a key part that determined which states with histories of racial discrimination needed federal approval to change voting laws. In a 2021 ruling endorsing Republican-backed Arizona voting restrictions, the justices made it harder to prove violations under Section 2.

The justices this term will also decide a separate voting-related case involving North Carolina electoral maps and a bid by Republicans there to bar state courts from scrutinizing laws passed by state legislatures governing federal elections.

A SETBACK FOR ALABAMA

In Alabama, several lawsuits, including Milligan’s, challenged its congressional map as artificially diluting the electoral power of Black voters by packing them into one district far beyond a majority and spreading the rest across other districts in numbers too small to elect a representative of their choice.

A panel of three federal judges in January sided with Milligan and other plaintiffs, deciding that the Republican-drawn map unlawfully disadvantaged Black voters and ordering the legislature to redraw it with a second House district where Black voters could form a majority or close to it.

The judges wrote that they considered numerous factors including the close association between race and voting patterns, Alabama’s history of discrimination and how politics sometimes involves “racial appeals” such as how Alabama Republican U.S. congressman Mo Brooks “has repeatedly claimed that Democrats are waging a ‘war on whites.'”

Some of Alabama’s supporters have told the Supreme Court that the challenges to the map are merely attempts to help the Democratic Party win elections, as Black voters overwhelmingly favor Democratic candidates.

“This is party politics, and they’re looking for two Democrat districts, not minority districts,” Alabama Republican Party Chairman John Wahl said in an interview. “We don’t want to look at people based on race or the color of their skin. We want to look at Alabama as one people, one voice, and draw the lines based on communities rather than any individual race.”

Electoral districts are redrawn each decade to reflect population changes as measured by a national census, last taken in 2020. In most states, such redistricting is done by the party in power, which can lead to map manipulation for partisan gain. In a major 2019 ruling, the Supreme Court barred federal judges from curbing the practice, known as partisan gerrymandering. That ruling did not preclude court scrutiny of racially discriminatory gerrymandering.

A decision in the Alabama case is due by next June.

(Reporting by Andrew Chung in New York; Editing by Will Dunham and Scott Malone)