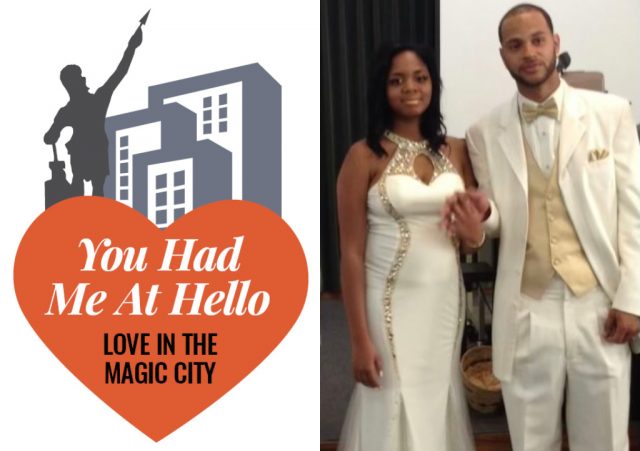 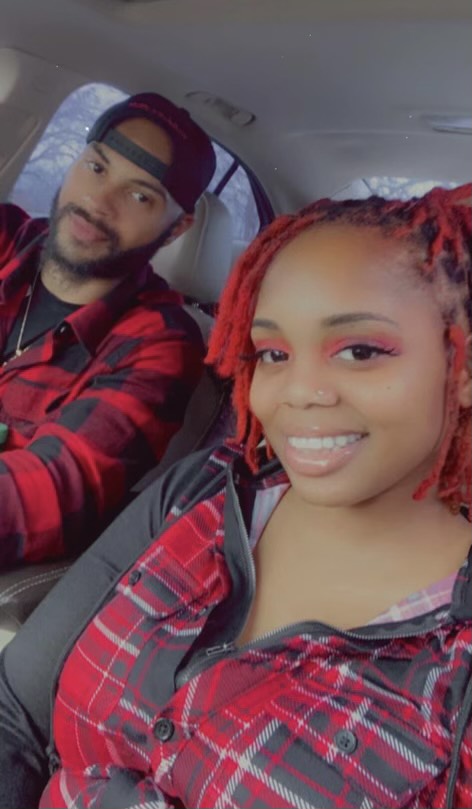 Met: Spring 2012, via Facebook.  “Andrew jumped in my inbox first and I ignored him because I wasn’t used to that untraditional way of meeting guys. But after ghosting him, a couple of months later I jumped in his inbox,” LaResha said.

“Technically, we were always around each other but didn’t know each other… We would be in the same places at the same time so I jumped in her inbox like ‘hey beautiful, I’m single and you’re single, let’s mingle’,” Andrew laughed. However, LaResha did not respond right away. That fall “I had liked something on her page, and then she jumped in my inbox and threw me her number, and I hit her up instantly,” he said.

The pair spent several months talking over the phone before meeting. We carried online that for like three months,” Andrew said.

“When he first called we were talking about basic things, but before I knew it we had started falling asleep on the phone together,” LaResha said.

“My brother is very protective of me and he liked to meet the guys that I date… Even though I did trust Andrew, I didn’t want to meet him alone,” LaResha said.

Andrew and Rick hit it off. “That’s my brother more than it’s her brother now,” Andrew said.

Soon after, Andrew and LaResha set out for their first date. “We drove up to the [Birmingham] airport and watched the airplanes take off,” LaResha said. “It was romantic because we’re both nature people and like the outdoors, so we went and got food [beforehand] and sat on the hood of the car and watched the airplanes and had a deep conversation.”

“We spent four or five hours out there until the police showed up,” Andrew laughed. “They told us we had to leave and that it wasn’t safe to park out there.”

The turn:  March 2013. “He asked me over the phone to take us a little more serious, and we started dating. We started going out together, holding hands [and all the lovey-dovey stuff],” LaResha said.

“When I physically saw her for the first time, it’s like God said that’s yours right there, go ahead and do right by her and make her yours. It was a real thing,” Andrew said.

The proposal: March 2014, in a parking lot in 5 Points West. “That’s when I heard God say, ‘make her yours,’ I couldn’t wait any longer,” Andrew said. “I can’t hold secrets for real, and even though we were going out to eat later I couldn’t wait… I let her go in a store so I could get myself together. I took the ring out the box and had it in my back pocket, and I reached in and put it on my finger so [I could easily slip it on her finger], and when she came back out I said ‘hey bae’, and dropped down to my knee and asked her to be my wife, I didn’t think about anything special to say, I just asked her would she be mine forever.” Andrew said.

“It was out of the blue, we were out shopping and my [late] younger brother, Larry was with us. I did not expect it at all… I said ‘yes’,” LaResha said.

The wedding:  At Fair Park Church of Christ in Fairview [5 Points West], officiated by Al Lyles and their colors were cream and gold.

Most memorable for the groom was “saying ‘I do,’ and shedding those tears together because they were actually tears of joy and to this day that moment still makes me feel good when I think about it,” Andrew said.

Honeymoon: At the Sheraton Hotel in downtown Birmingham. “My mom sent us to get some time away from the kids, we stayed there for a couple days. I was two months pregnant with our son, so I didn’t drink at the wedding and didn’t want to do any partying, so we just enjoyed each other’s company,” LaResha said.

“Communication is key. Never stop dating each other. Always try to come to a common ground, and never go to sleep angry,” LaResha said.

Happily ever after: The Lyles are a blended family with four children: J’Andrea, 14, Amiyah, 13, Andrew Jr. 7, and Adelynn 6.

LaResha, 31, is a Bessemer native, and McAdory High School Grad. She owns a home-based business ‘The Candle Lady LLC’, where she makes candles, wax melts, lotions, and room and linen sprays.