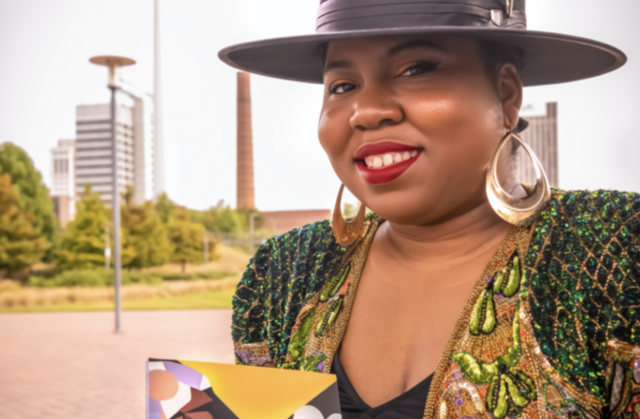 Alabama poet laureate Ashley M. Jones has long been vocal about elevating the voices of poets in the South. Now, a new initiative from Jones and the Alabama Writers’ Forum will help five poets in Alabama share their work around the state.

Jones has announced the creation of the Alabama Poetry Delegation (APD), a statewide service project supported by the Academy of American Poets and the Mellon Foundation, in partnership with the Alabama Writers’ Forum.

In an announcement of the project, Jones describes the APD as “a multi-regional leadership and service initiative which seeks to engage and support poetry projects and poets across the state of Alabama.”

The project will select five delegates to serve across five regions in the state:

The delegates will produce events or provide poetry-related services throughout Jones’ term as poet laureate, which runs from 2022 until 2026.

Each delegate will receive a $1,000 stipend for their service, and each region will receive $2,000 for event production/project funding.

Applicants for the delegate position must reside in one of the counties in their chosen region. Each delegate must also be partnered or have a relationship with a local library or institution such as a school, bookstore, nonprofit or activism organization who can receive funds from the Alabama Poetry Delegation and act as a fiscal agent and programming partner. Applicants are also required to submit a cover letter and a letter of recommendation from a partnership organization. Applications are due by Dec. 31 at 11:59 p.m. Applications are available on the Magic City Poetry Festival website. 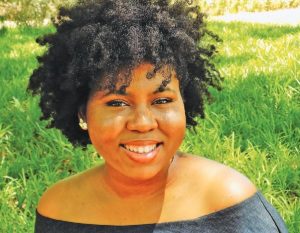 In the announcement, Jones said she hopes to support the state’s literary and artistic community through the project, which will receive national support.

“I truly believe that poetry is for everybody. I try to embody this in my work by staying committed to accessibility and truth telling and I believe that it’s true that the state of Alabama is full of amazing poets and lovers of poetry,” she said in the announcement. “It’s also true that acquiring funding and creating programs can be difficult. What I hope to do with the Alabama Poetry Delegation is to empower poet-leaders across the state to create projects and programs that are specific to their communities. As Poet Laureate, I hope to be a servant-leader and to model my belief that communities know what they need and I see it as my job to simply support those needs.”

Part of the funding for the APD will come from the $50,000 grant Jones received from the Academy of American Poets.

In August, the literary nonprofit announced a financial award of $1.1 million to its 2022 cohort of Poet Laureate Fellows. The fellowship, which launched in 2019 in partnership with the Mellon Foundation, awards $50,000 to 22 poet laureates around the nation.

Jones described her initial plans for the Alabama Poetry Delegation in conjunction with the grant announcement. Phase one of the APD includes the selection of the delegates. During phase two, delegates will plan the projects they intend to implement in their regions. The Alabama Writers’ Forum will be a key partner with the APD.

“I’m grateful to the Alabama Writers’ Forum for partnering with me in this effort; they are a time-honored organization supporting Alabama literary arts,” Jones said in the announcement about the delegation. “And also, because of the funding I received through their 2022 Poet Laureate Fellowships, sponsored by the Mellon Foundation, this initiative is possible and it will receive the national attention and support our state deserves.”

In an email to AL.com, Jones said Alabama Writers’ Forum will have a consulting role with the initiative, including assisting with publicity and sharing contacts across the state to help promote events or connect delegates with partners.

Jones was named poet laureate of Alabama in August 2021 and was officially confirmed in December. The award-winning author and educator is the first Black and youngest poet laureate in Alabama history.

Jones, who founded the Magic City Poetry Festival and serves on the leadership team of PEN Birmingham and the Alabama Writers’ Cooperative, already knew an extensive network of poets and writers before her selection as poet laureate. Jones says her first year as Alabama’s ambassador of poetry strengthened her mission to uplift Alabama artists and help the nation recognize the literary talent coming out of the state.

“I want people to know that Alabama poets are here, and we are worthy of support and celebration. In the South, and in Alabama specifically, it can be easy to think we’re not as appreciated as poets in New York or L.A., but we have a thriving arts culture here,” Jones told AL.com in an email. “We have poets of all kinds, and they deserve access to financial support and to national attention. I hope the APD can play a role in that larger effort to let the South’s true voice be heard.”