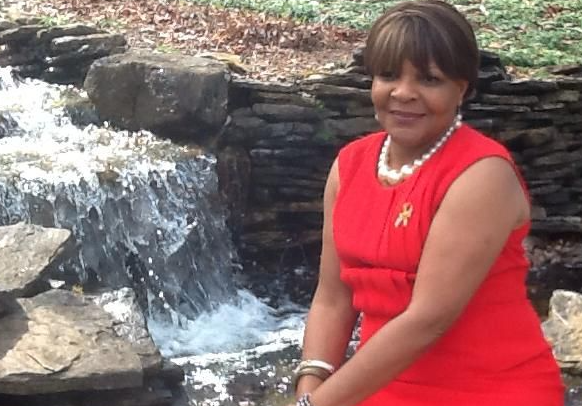 “It was devastating to say the least. I had five biopsies before I was diagnosed,” said Anthony, who was diagnosed in June 2009 and started chemotherapy in August of the same year.

“I finished [my chemo treatments] in probably November 2009,” she said, adding that going through treatments and radiation is different for every individual.

“HER2-positive is probably the worst breast cancer you can have. … I did four rounds of chemotherapy and [was prescribed] a maintenance drug called Herceptin,” Anthony said.

Herceptin is a drug that works against HER2-positive breast cancers by blocking the ability of the cancer to grow.

“I had a doctor to tell me that if he had to have breast cancer, it would be HER2-positive because of the Herceptin. It is such a good drug to help you combat breast cancer,” said Anthony, who took Herceptin for one year.

She also had both breasts removed because, she said, “My intent was not to have to go through that again, so I just did that right up front.”

October is Breast Cancer Awareness Month. According to the Centers for Disease Control and Prevention, breast cancer is the most common cancer among women in the United States after skin cancer.

Asked what lessons, as a breast cancer survivor and advocate, she can share with someone who may be going through similar challenges, Anthony replied, “Number one: You have to get into your inner self. Whatever your spiritual beliefs are, you need to trust in that. Trust that there’s a higher being that’s going take you through this. You cannot ever believe that it’s the end, especially if you’re at the beginning.
“Number two: It’s very important that you share your experiences with other ladies. You don’t know when you will strike a nerve with some of the ladies. They may feel like, ‘OK, I can get through this because you have.’”

“I saw my oncologist initially every six months, she would run blood [tests], and they would come back negative, no cancer,” Anthony said. “At five years, I started seeing [the doctor] every year. Well, in [2021] I was diagnosed with leukemia as a result of my breast cancer. That’s what I’m dealing with now.”