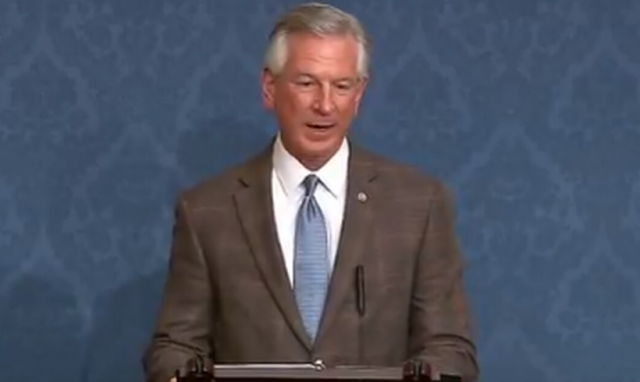 “His words promote a centuries-old lie about Black people that throughout history has resulted in the most dangerous policies and violent attacks on our community,” the organization’s president, Derrick Johnson, said in a statement about the Alabama lawmaker.

Tuberville is in hot water after claiming at a Saturday night rally in Nevada that Democrats support reparations for the descendants of enslaved people because “they think the people that do the crime are owed that” ― propelling a deeply racist and false stereotype about Black people.

“We’ve seen this before from the far-right, and we’ve seen what they can do when they take power,” Johnson’s statement continued. “Next time the Senator wants to talk about crime, he should talk about Donald Trump’s hate-fueled rally on January 6, 2021, and the attacks that followed. Perhaps the real criminals are in his orbit.”

Tuberville is among the Republicans who said they would formally object to the certification of electoral votes confirming President Joe Biden had beat Trump in the 2020 presidential election. He also voted against creating an independent commission to investigate the deadly attack on the U.S. Capitol during the certification process.

The Alabama lawmaker was one of the few senators who voted last year against expanding the COVID-19 Hate Crimes Act, which empowered the Justice Department to review hate crimes related to the pandemic and build out an online database of those incidents amid a surge in anti-Asian hate crimes.

Marc Morial, the president of the civil rights group the National Urban League, pointed out Monday that Tuberville’s comments are especially disturbing because of how many years he spent coaching college football, a sport with predominantly Black players.

His “racial views are even more heartbreaking in light of his decades of coaching Black athletes who entrusted their health, safety and futures to a man who clearly holds them in the lowest contempt,” Morial tweeted.

As of Monday afternoon, none of Tuberville’s Republican colleagues in the Senate have condemned his racist remarks.