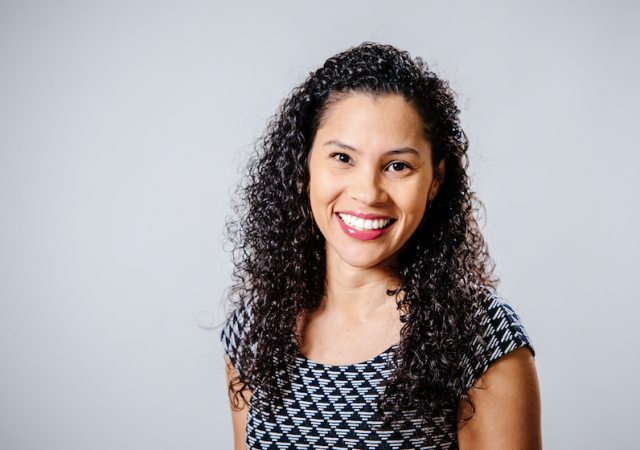 During the pandemic, Carmen Capó-Lugo championed an effort to bring fresh food and produce to the residents of Norwood, the north Birmingham neighborhood where she lives. More than 4,500 boxes of food were delivered weekly during the six months from May-October 2020, and, equally important, the effort helped invigorate the Norwood Resource Center and restore its community garden, which continues to provide the neighborhood with fresh produce.

Meanwhile, she was providing pro bono services physical therapy services at a Community of Hope health clinic in Shelby County and — and more.

David M. Morris, Ph.D., chair of the UAB Department of Physical Therapy, could have predicted this years ago when Capó-Lugo, while working on her doctorate at UAB, reached out to support the Greater Birmingham Hispanic community during a time of increased tensions. “Even though she believed that she was only here temporarily, she became an ardent community activist,” Morris said.

Morris, who was moved by her passion and dedication, took the opportunity two years later to recruit her to the UAB faculty. “I am also continually impressed with the tremendously positive impact resulting from her actions,” he said. “She gets things done.”

The comparison of her works to those of Odessa Woolfolk “is a magical surprise,” Capó-Lugo said. “The Birmingham Civil Rights Institute [for which she was the founding board chair] was one of the first places I visited when I moved to Birmingham. It gave me a deeper look into an important piece of history, but more importantly it continues to serve as a reminder that we must stand against everything that we believe is unjust and unfair.”

“I am the descendant of farmers, teachers, and seamstresses who envisioned ways to survive, thrive and uplift their communities in the mountains of Puerto Rico,” said Capó-Lugo, who credited the example of her parents and grandparents for “those lessons of solidarity that led me become the person I am and have the values I hold.

“I believe in the power of collective action and I want my actions to be rooted in the collection vision of my community, just like my ancestors did,” Capó-Lugo said.

Capó-Lugo, who moved to the U.S. mainland from Puerto Rico to pursue her doctoral studies, “truly has a heart for community service, and her service to north-central Alabama is oth broad and deep,” said Andrew J. Butler, Ph.D., dean of the School of Health Professions.

Her empathy with low-income, uninsured, under-insured and immigrant workers and their families is evident in many ways, Butler says. She volunteers with the Adelante Alabama Worker Center and for the Etowah Freedom Fund, where she accompanies immigrants and their families through different stages of the immigration journey. In addition to providing PT services and mentoring students on the soft skills needed to make patients feel welcome at Equal Access Birmingham, a pro bono clinic for uninsured and under-insured residents of Jefferson County.

In summer 2020, when the murder of George Floyd focused attention on social injustice in the United States, Capó-Lugo helped lead a task force comprising students, alumni, faculty and staff, to examine the department’s DEI challenges and shortcomings and provide recommendations for resolving them.

“Because of her many contributions to DEI in her department as well as at the school and community level, I was honored to present our inaugural Dean’s Award for Diversity, Equity and Inclusion to Dr. Capó-Lugo,” Butler said.

Sarah dos Anjos, Ph.D., an assistant professor in the Department of Occupational Therapy who was a post-doctoral fellow of Capó-Lugo’s in 2018, witnessed her passion for and commitment to serving different communities in Birmingham. Today she is a collaborator on a research project related to the measurement and definition of capoeira, an African-Brazilian martial art that combines elements of dance, acrobatics and music to promote physical activity, empowerment and community connections.

“Her remarkable work is innovative in applying capoeira principles in health care and as a strategy for inclusion of people with disabilities,” dos Anjos said.

“Dr. Capó-Lugo became an example for me, not only as a professional, but also as a woman, a woman of color, a representative of the Latino community in academia and someone who supports her peers,” dos Anjos said. “Dr. Capó-Lugo’s commitment to others — to support and embrace under-represented communities — should be recognized and seen as an example to others.”