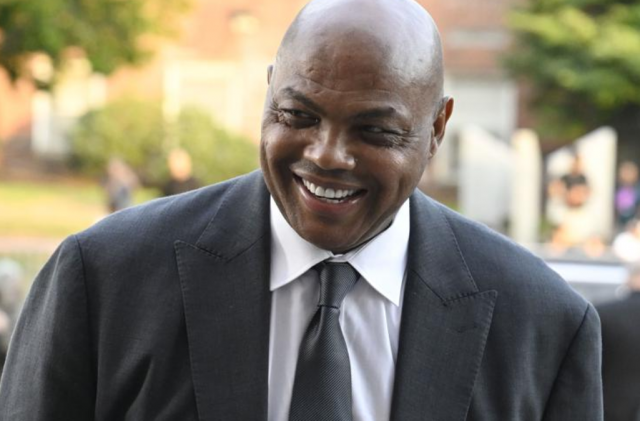 Charles Barkley’s outspokenness has kept him in contempt in the minds of many over the years, and his recent blanket statement about the relationship between Black culture and the LGBTQ community is no different.

The basketball analyst from “Inside The NBA” on TNT made a head-turning statement during an interview that completely mischaracterized Black culture as intolerant and furthered the stereotype that Black people are a monolith.

“One thing that’s always disappointed me: Black people treat gay people — we are the worst when it comes to treating gay people. And that’s one thing growing up; it really always bothers me.”

The interview came on Nov. 15, four days before a 22-year-old gunman entered an LGBTQ nightclub in Colorado Springs, Colorado, just before midnight on Saturday and killed at least five people and wounded 25 others.

“I want to reach out to all my gay fans and transgender fans, and let you know, I got nothing but love and respect for you. I want you to be you and I wanted you to know that, that day. I understand being Black what it’s like to be gay because you get mistreated and its really unfortunate and sad and stupid, to be honest with you.”

Barkley sat down for the interview on “CNN This Morning” with hosts Don Lemon, Kaitlan Collins, and Poppy Harlow. When the topic turned to the gay community, host Don Lemon revealed that Barkley was one of the first to reach out to him after he came out publicly. The clip from the interview is now viral after the Colorado Springs tragedy, and many on Black Twitter did not react positively to Barkley’s statement, with many mistakenly attributing it as a reaction to the mass shooting.

#CharlesBarkley
“Sometimes a fruit falls from a tree and rolls so far away from its roots that it’s no longer of the tree. The hard fall and long journey bruises the fruit so much that it totally changes it. It’s the same way for some of our people” — Malcolm X

For Thomas, it wasn’t the first time he had to get on Barkley. Back in 2014, during the unrest in Ferguson, Missouri, over the death of Michael Brown, Thomas heard about Charles Barkley’s support of the Ferguson grand jury’s decision not to indict officer Darren Wilson, and he wrote an open letter to the Hall of Famer.

“You (Barkley) continued to refer to the Ferguson looters as ‘scumbags,’ and further praised police officers who work in Black neighborhoods, and reiterated that you support the decision made by the grand jury not to indict officer Darren Wilson in the Michael Brown shooting,” Thomas wrote in the piece that appeared in The Nation.

“Mainstream America was falling over themselves with joy at your statements. They couldn’t be happier. When the wolf begins to praise the sheep, it would be wise for the sheep to undergo some serious self-evaluation. The reason why your latest comments were so surprising for many in the Black community is because they appeared to echo Bill O’Reilly, Sean Hannity and the rest of Fox News. That’s not what we expect from Sir Charles.”

Thomas intensified his position on Barkley when he retweeted Springfield, Massachusetts, President of the NAACP chapter Bishop Talbert Swan who posted, “White men are shooting up gay clubs and Charles Barkley is tap dancing on CNN saying Black people are the worst at mistreating the gay community.”

Over the years, Barkley has been a very vocal critic of anti-LGBT views and legislation. In 2016, he spoke out against a North Carolina law that barred transgender people from using the bathroom that synced with their gender identity, requiring them to use one aligned with their biological sex. He even called for the 2017 All-Star Game to be moved from Charlotte because of the legislation; the NBA eventually relocated the event.

Barkley feels like Black people need to stand in solidarity with the LGBTQ community for perceived similar maltreatment by society.

“I think anytime you’re Black, you got to stand up for other people because you – Black people know what discrimination is like,” Barkley said during an Ellen DeGeneres interview in 2020 about his All-Star Game location protest. “And if you’re in a position of power, you got to always stand up against discrimination. And I’m blessed, man, and I’m never gonna sit back and let discrimination happen on my watch.”

Meanwhile, per Barkley’s universal perception of Black people’s mistreatment of the LGBTQ ommunity, he indicted a whole community and culture. Barkley places intolerance at the feet of Black people when many Black people within the LGBTQ community are on the movement’s front lines. As with any group of people, there will be dissidents of change and unfamiliar cultures, but overall Black people operate from their individual experiences.

For Barkley to want a homogenous Black solidarity on any issue is to act like all within the LGBTQ community are on the same page about life. People are taught biases, and only through transformative experiences does anyone with a predisposed bias evolve.

Barkley does not speak for all Black people, but, unfortunately, his pulpit gives the uninformed the impression that he does.