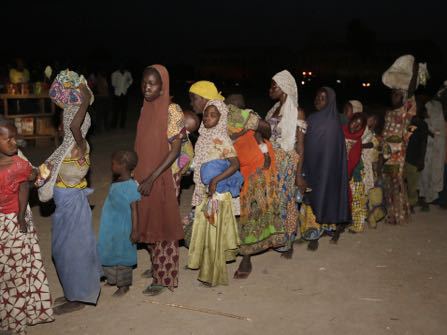 With Rescue Near, Boko Haram Stoned Captives To Death

YOLA, Nigeria (AP) — Even with the crackle of gunfire signaling rescuers were near, the horrors did not end: Boko Haram fighters stoned captives to death, some girls and women were crushed by an armored car and three died when a land mine exploded as they walked to freedom.

Through tears, smiles and eyes filled with pain, the survivors of months in the hands of the Islamic extremists told their tragic stories to The Associated Press on Sunday, their first day out of the war zone.

“We just have to give praise to God that we are alive, those of us who have survived,” said 27-year-old Lami Musa as she cradled her 5-day-old baby girl.

She was among 275 girls, women and their young children, many bewildered and traumatized, who were getting medical care and being registered a day after making it to safety.

Nigeria’s military said it has freed nearly 700 Boko Haram captives in the past week. It is still unclear if any of them were among the so-called “Chibok girls,” whose mass abduction from their school a year ago sparked outrage worldwide and a campaign for their freedom under the hashtag #BringBackOurGirls.

Musa was in the first group of rescued women and girls to be transported by road over three days to the safety of the Malkohi refugee camp, a dust-blown deserted school set among baobab trees opposite a military barracks on the outskirts of Yola, the capital of northeastern Adamawa state.

Last week’s rescue saved her from a forced marriage to one of the killers of her husband, she said.

“They took me so I can marry one of their commanders,” she said of the militants who carried her away from her village after slaughtering her husband and forcing her to abandon their three young children, whose fates remain unknown. That was five months ago in Lassa village.

“When they realized I was pregnant, they said I was impregnated by an infidel, and we have killed him. Once you deliver, within a week we will marry you to our commander,” she said, tears running down her cheeks as she recalled her husband and lost children.

Musa gave birth to a curly-haired daughter the night before last week’s rescue.

As gunshots rang out, “Boko Haram came and told us they were moving out and that we should run away with them. But we said no,” she said from a bed in the camp clinic, a blanket wrapped around ankles so swollen that each step had been agony.

“Then they started stoning us. I held my baby to my stomach and doubled over to protect her,” she said, bending reflexively at the waist as though she still had to shield her newborn.

She and another survivor of the stoning, 20-year-old Salamatu Bulama, said several girls and women were killed, but they did not know how many.

The horrors did not end once the military arrived.

A group of women were hiding under some bushes, where they could not be seen by soldiers riding in an armored personnel carrier, who drove right over them.

“I think those killed there were about 10,” Bulama said.

Other women died from stray bullets, she said, identifying three by name.

There were not enough vehicles to transport all of the freed captives and some women had to walk, Musa said. Those on foot were told to walk in the tire tracks made by the convoy because Boko Haram militants had mined much of the forest. But some of the women must have strayed because a land mine exploded, killing three, she said.

Bulama shielded her face with her veil and cried when she thought about another death: Her only son, a 2-year-old toddler who died two months ago of an illness she said was aggravated by malnutrition.

“What will I tell my husband?” she sobbed after learning from other survivors who used borrowed cell phones to try to trace relatives that her husband was alive and in the northern town of Kaduna.

Musa, who had been in pain and withdrawn after her arrival the night before, greeted a reporter with smiles on Sunday — and the news that her breasts were finally giving milk and nourishment to her yet-to-be-named daughter.

Another survivor, Binta Ibrahim, was 16 years old and accompanying her sister-in-law to the dressmaker when Boko Haram insurgents rode into their village of Izghe, firing randomly at civilians. On that day in February 2014, the AP reported at least 109 people were killed and almost every hut destroyed as the militants lobbed firebombs onto their thatch roofs.

Ibrahim, her sister-in-law and two of Ibrahim’s sisters were among scores of young women abducted.

Her two sisters escaped in the pandemonium that surrounded an air raid, but Ibrahim, who was caring for three children she found abandoned after the insurgents moved into the neighboring village of Nbitha, did not go with them.

“I had these three kids to care for and I couldn’t abandon them a second time,” she explained.

She described trekking for two days from Nbitha to Boko Haram’s hideout in the Sambisa Forest with 2-year-old Matthew and 4-year-old Elija Yohanna strapped to her back and 4-year-old Maryam Samaila clinging to her waist.

“They were so weak from lack of food that they couldn’t walk. There was nothing to do but rest when I couldn’t take another step, and then press ahead when I had recovered,” she said.

The children are Christian and Ibrahim is a Muslim. While Nigeria’s northeastern Islamic insurgency has polarized many of Nigeria’s people on religious lines, that was the last thing in Ibrahim’s big heart.

“I love them as if they are my own,” she said, striking her breast with both fists to show the depth of her love for the children, who were rescued with her and still remain in her care. 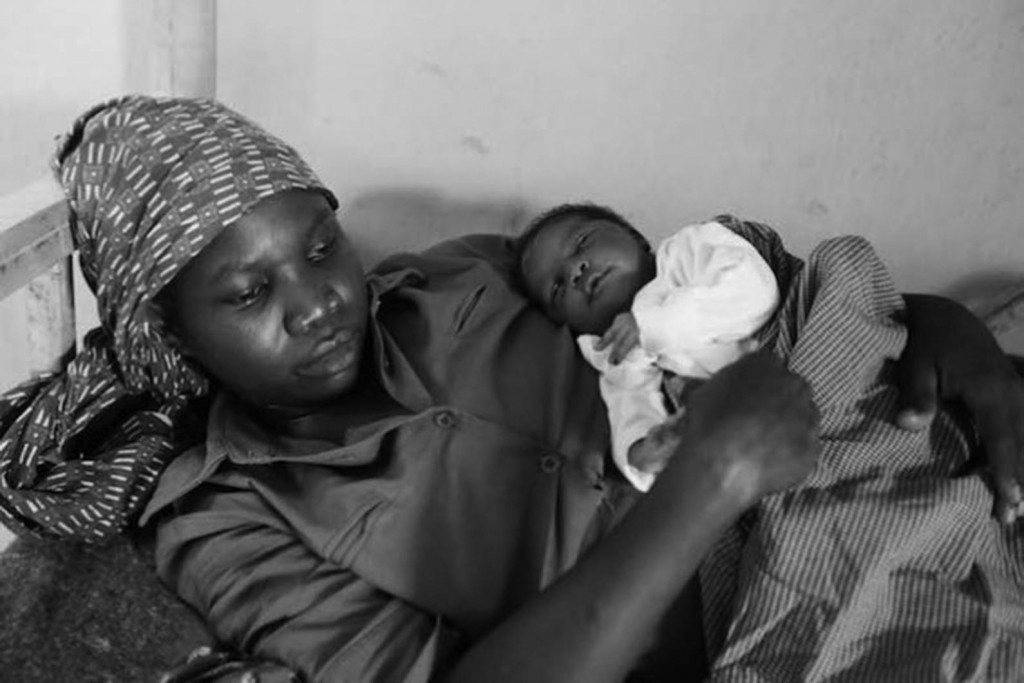