Donald Trump is Always the Topic of Conversation

Even Ted Koppel is making statements:

Ted Koppel appeared on Meet the Press with Chuck Todd.  He laid out perfectly the damage the Donald Trump is doing.  Referring to Trump and his supporters he said the following:

“The irony is that they think they are being tough on ISIS,” Ted Koppel said.  “And Trump thinks he is being tough on ISIS.  Senator Rubio in his interview touched on it very very lightly.  Donald Trump is in effect the recruiter in chief for ISIS.  ISIS wants nothing more right now than to have the world divided into Judaeo Christian on one side and the Muslim world on the other.  That is exactly what Trump is doing for them.  I think it’s time we started thinking about what ISIS wants and then not doing it.”

In other words Ted Koppel is just pointing out the obvious.  Instead of playing into the hands of ISIS as Donald Trump is doing right now by giving them the semblance of a culture war effected by America and the West, it is imperative that we show that we embrace multiculturalism.  It is unlikely that those who are embraced will be easily persuaded to radicalize themselves.

According to Donald Trump he has three or four billion dollars.  By the time he gets through running for President, he will have one billion dollars or less.

Donald Trump has pissed off everybody, not just the Blacks, Hispanics, Muslims, Democrats and part of the Republicans in America. He has pissed off people all over the world, throughout Scotland, Ireland, Europe, Middle East and the Far East.

When Donald Trump bought the famous Turnberry golf club in Ayrshire last year, he believed his name would soon be cemented alongside the legends of the game.

But his dream of handing over the trophy at The Open is in tatters. The Independent on Sunday revealed, after golf’s governing body, headquartered in Scotland, privately decided that his reputation is now so toxic that the newly renamed Trump Turnberry can no longer host the game’s most prestigious tournaments.

Scotland had already stripped Trump last week of his business ambassadorship, but this will surely sting a bit more.  Trump purchased the golf course in Ayrshire just a year ago for $63 million, with a promise to pour $200 million more into renovations.  The payoff was going to be its scheduled 2020 hosting of The Open.

There is not one person or organization on the planet that Trump has not criticized which includes all of the above, plus women. 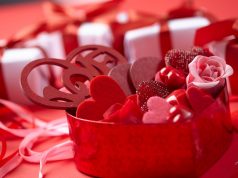