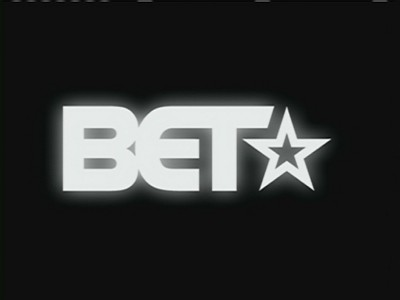 Bob Johnson may have moved on to other things beyond BET, but as he sees it, his status as the network’s founder makes him suitable to comment on the diversity issue with the Oscars and Hollywood overall.

In an interview with TheWrap‘s Anita Bennett, Johnson addressed the current situation with diversity as he expressed how his experience in the entertainment industry makes him a “voice of reason” when it comes to creating and delivering content.

“We need to get more creative stories in front of the judging group at the Academy, so that they will have more choices on which to make their individual decisions,” Johnson said Tuesday.

The business mogul is the latest person to address the diversity situation with the Oscars. Voting members of the Academy have been heavily criticized in the days since Oscar nominations were announced last week. The criticism stems from no actor of color receiving a nomination in the major acting categories for the annual show, which is known as Hollywood’s biggest night.

Although he didn’t label the Academy’s actions as racist, Johnson did offer various factors that are prevalent in the drama surrounding diversity and the Oscars.

“I won’t use the word racism. I’m not going to run away from that as an issue that has plagued this country since its founding, but I think what I will use, is preconceived biases that are part economic and part cultural, and as a result of that, we are sort of where we are today,” Johnson stated as he voiced his belief that the Academy is only partly responsible for the all-white Oscars.

“They don’t make movies. They only judge what the studios deliver,” he said.

For Johnson, the way to tackle the issue would be to reach out to the studios to greenlight more diverse projects as well as implore African Americans to stand on their own with telling their own stories instead of relying on the Hollywood establishment.

“If you ask a culture to tell your stories, they simply can’t do it or won’t do it because that goes against their innate belief that their culture deserves to be trumpeted, promoted, enjoyed,” the Urban Movie Channel (UMC) creator said. “So, if you’re the African-American society and you wait for white America to say ‘I’m gonna tell your stories,’ first of all, they don’t know them or appreciate them, and second of all, that is not in their DNA.”

As for longstanding criticism from some African Americans about the Academy only recognizing Black actors when they play subservient roles, Johnson referenced cultural understanding.

Touching on ways to resolve the diversity issue, Johnson suggested that African American filmmakers utilize the Internet and streaming services to distribute their work, in light of the difficulty that exists with getting movies made.

Recommendations from Johnson on how the Academy can increase diversity among its Oscar nominees, via TheWrap:

• Increase the number of voting members of the Academy by adding qualified minority individuals whose sensitivity and knowledge of the creative process of writers, directors, and actors is equal to that of existing Academy voters. Perhaps the ratio of new diverse members could be based on either the population of diverse theatergoers or the dollars spent by diverse theatergoers. The goal here is not to dilute an individual’s unique perspective as an Academy voter, whether they are diverse or not, but simply to increase diversity of voices and therefore choices.

• Encourage the studios and the creative community to cast actors and actresses in roles without regard to color/race whether or not the society is willing or ready to accept the diverse relationship that is depicted in the film. For example, would films like “Pretty Woman” or “Sleepless in Seattle” have been less creative if the characters were interracial?

• Encourage the studios to hire more people of color in their creative and development departments with authority to greenlight films similar to what is occurring in television as noted by the number of Emmy nominations for minorities.