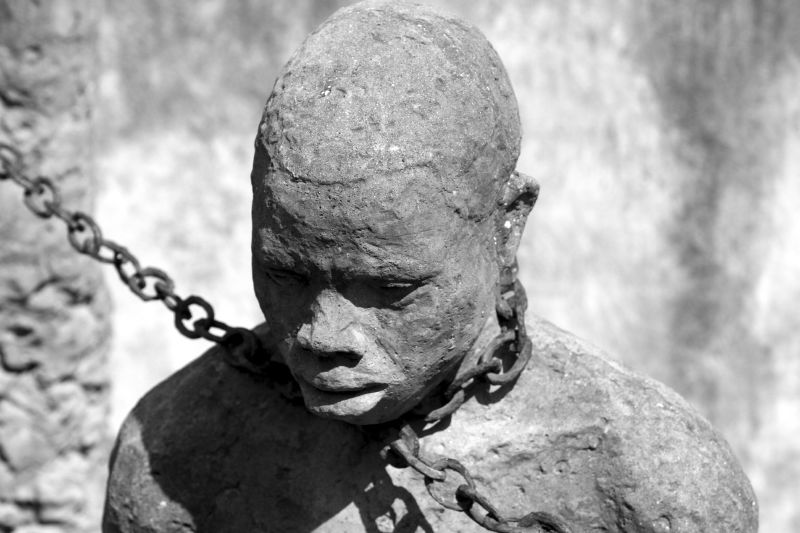 NEW YORK (AP) – When children’s author-illustrator Don Tate works on a book about slavery, he keeps in mind that a smile must be more than just a smile.

“A smile is the manifestation of human emotion, therefore enslaved people smiled, frowned, laughed, cried, etcetera,” says Tate, a finalist for the Ezra Jack Keats New Writer Award in 2013 and whose works include “Hope’s Gift,” the story of a slave girl in the days leading up to the Emancipation Proclamation.

“In books where I deal with the topic of slavery, I pair smiles, if needed, with broader context, explaining to children about the horrors – the wrongness, the inhumanity – of slavery.”

Slavery has been sentimentalized for as long as it has existed and its narration remains contentious even in the 21st century. A Texas textbook set off nationwide outrage last year with its description of Africans on plantations as “workers,” instead of slaves. And two recent picture books have been strongly criticized for featuring images and stories of smiling slaves, with the creators saying they had intended to celebrate the slaves, and not slavery, and detractors countering they should have tried harder.

Last fall, author Emily Jenkins apologized for being “racially insensitive” after “A Fine Dessert,” a collaboration with illustrator Sophie Blackall, was attacked for its cheerful depiction of a 19th-century slave mother and daughter as they prepared a blackberry recipe. Last weekend, Scholastic stopped distribution of the picture story “A Birthday Cake for George Washington,” which came out in early January and told of Washington’s head cook, the slave Hercules, and his daughter Delia. The publisher explained that “without more historical background on the evils of slavery than this book for younger children can provide, the book may give a false impression of the reality of the lives of slaves.”

Publishing is no less white than the movie industry, and the absence of non-white perspectives led to the founding in 2014 of the grassroots group WeNeedDiverseBooks. But diversity wasn’t the issue for the creators of “A Birthday Cake for George Washington.”

Author Ramin Ganeshram, an award-winning journalist, is of Trinidadian and Iranian descent. Award-winning illustrator Vanessa Brantley-Newton has described herself as coming from a “blended background – African-American, Asian, European and Jewish.” Editor Andrea Davis Pinkney is widely respected, and as an author won a Coretta Scott King prize in 2013 for excellence in African-American children’s literature.

“Andrea Pinkney is one of the finest, most intelligent and knowledgeable editors that I know,” says Doreen Rappaport, a prize-winning children’s author whose books include “Escape from Slavery” and “No More! Stories and Songs of Slaves Resistance.”

In essays posted online after “A Birthday Cake” was published, Pinkney and Ganeshram emphasized that the book was meant to teach kids about slaves’ contributions to American history, with Pinkney writing that Ganeshram “took great care in contextualizing Hercules and Delia as enslaved people, while at the same time accurately depicting Hercules as the notable figure he was.”

Tate and others say slavery books for children are an intricate art of communicating historical crimes that neither overwhelms nor misleads readers.

“There’s no checklist for the right way to do this,” says Megan Schliesman, a librarian at the Cooperative Children’s Book Center at the University of Wisconsin-Madison. “We’re in the midst of a huge learning process.”

Deborah Taylor, coordinator of school and student services at the Enoch Pratt Free Library in Baltimore, said she had been looking at recent winners of the Coretta Scott King award and was impressed by a book about a slave girl’s escape through the Underground Railroad, “Almost to Freedom” by Vaunda Micheaux Nelson, calling it “child centered without shying from the fact the slaves were running away.”

Schliesman said she found “quite remarkable” a 2015 publication called “The Amazing Age of John Roy Lynch.” Written by Chris Barton, the book tells the true story of a former Mississippi slave who after the Civil War becomes the first African-American Speaker of the state’s House of Representatives and then a U.S. Congressman.

The cover image, of a well-dressed, slyly smiling Lynch, is by Don Tate.