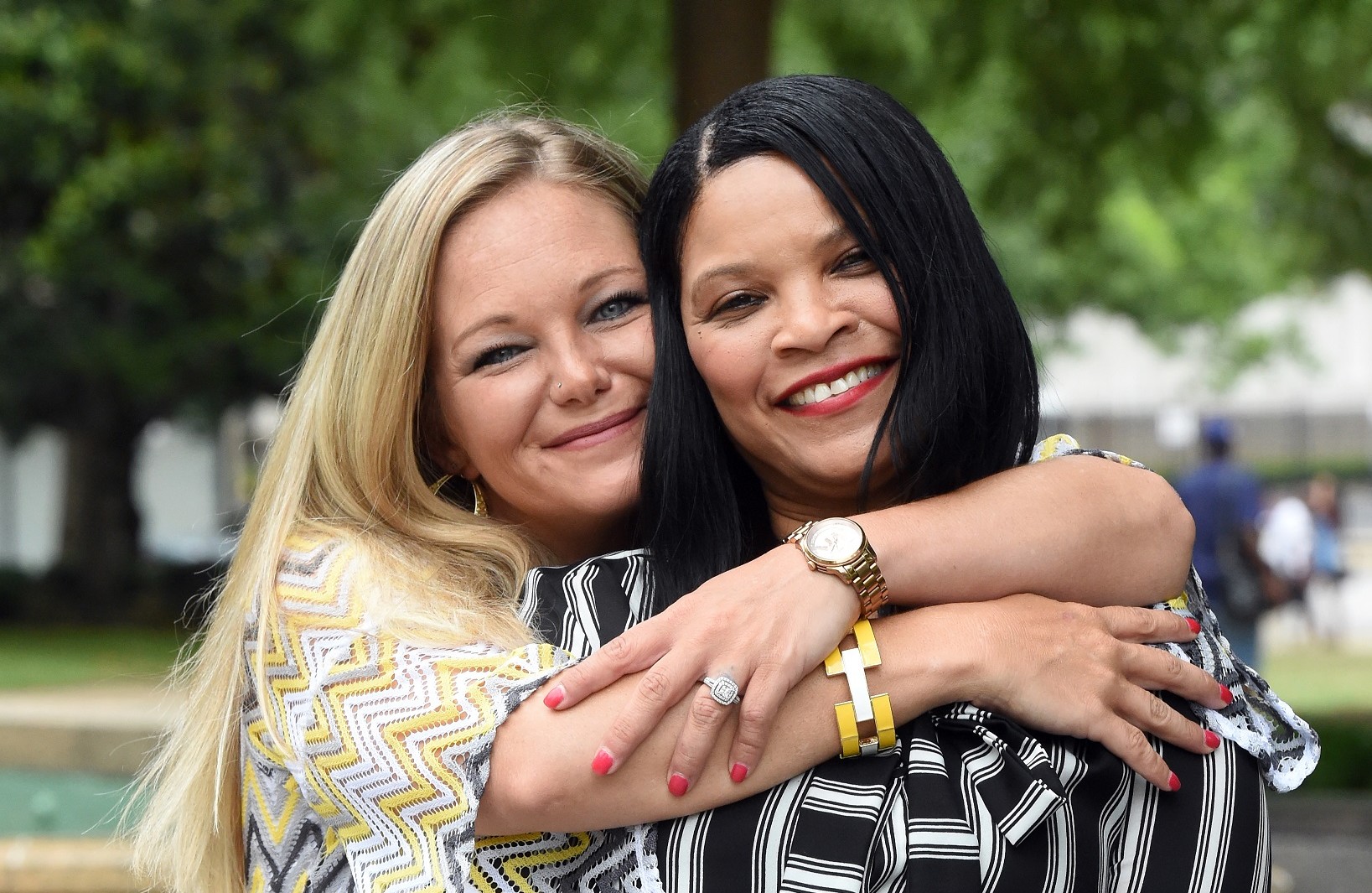 Shanda Whitten of Jemison always knew she wanted to make a contribution to the world larger than herself. As a communications specialist in the U.S. Army, she volunteered for medical duty at a Kandahar Province hospital during a stint in Afghanistan. True fulfillment came in 2013, though, when she donated a kidney to a relative stranger — Angela Johnson of Pell City.

Medical literature says matching kidneys are most likely to be found in donors of the same race or ethnicity. Neither woman, however, appears conscious of so-called racial distinctions, and they both acknowledge that even family members do not automatically match.

“That means we are all the same, except for that top layer of skin,” said Johnson, who is black.

Whitten, who is white, added that in a time of racial strife and mass killings, it is essential to “bring humanity back into the world.”

Johnson, 46, a graduate of Banks High School, grew up in East Birmingham, married at age 21, and moved to California, where she was diagnosed with lupus, an autoimmune disease. After returning to Birmingham in the 1990s, she worked as an office assistant at the University of Alabama at Birmingham (UAB) Heart and Lung Transplant Unit.

She studied nursing at Jefferson State and Lawson State community colleges until poor health made her too ill to continue. By 2006, Johnson was feeling lethargic as a result of approaching kidney failure.

A frightening episode revealed that her blood pressure had soared. She began vomiting and feeling nauseous, and mistakenly assumed she was pregnant.

“One day my husband and I were taking a walk. God led me to put my right hand over my right eye, and all the lights went out [as her eyesight faltered],” said Johnson, who now works as a sales associate at the Outlet Shops of Grand River in Leeds.

In August 2009, Johnson, the mother of two then-teenage children, started receiving dialysis treatments, as her kidneys deteriorated. The blood-cleansing sessions were three days a week, and each was several hours long. Little did Johnson know that another Alabamian’s generosity and empathy would free her from her plight more than three years later.

Whitten, 36, worked in 2013 as a temporary information technology employee at the Birmingham law firm of Balch and Bingham. Johnson’s husband, Leslie, 46, and another computer engineer at the firm were impressed with her work and recommended that she be hired full time. In July of that year, Whitten noticed Leslie’s absences from work. She learned he was caring for a sick wife who needed a kidney.

Angela Johnson’s siblings were ineligible as donors. Leslie Johnson’s blood type and genetic tissue profile meant he was a perfect match for his wife, but an onset of high blood pressure ruled him out as a donor.

“I asked Leslie if he minded if I got tested to see if I could match,” said Whitten. “And he said it would be OK.”

“Shanda is my family,” said Angela. “She gave me a second chance at life. All I feel is love and respect for her.”

The decision to donate an organ was even more fulfilling than her volunteer work overseas, Whitten said.

“I was blessed to do something to help,” she said. “In Afghanistan, I helped save lives, but I was not the main contributor. With this, Angela has a piece of me in her.”

Angela Johnson credits Whitten, who is now a full time nursing student at Jefferson State Community College, with freeing her from dialysis and restoring her to a normal life. Johnson calls Whitten her “kidney sister.” The two talk on the phone often and sometimes go on double dates.