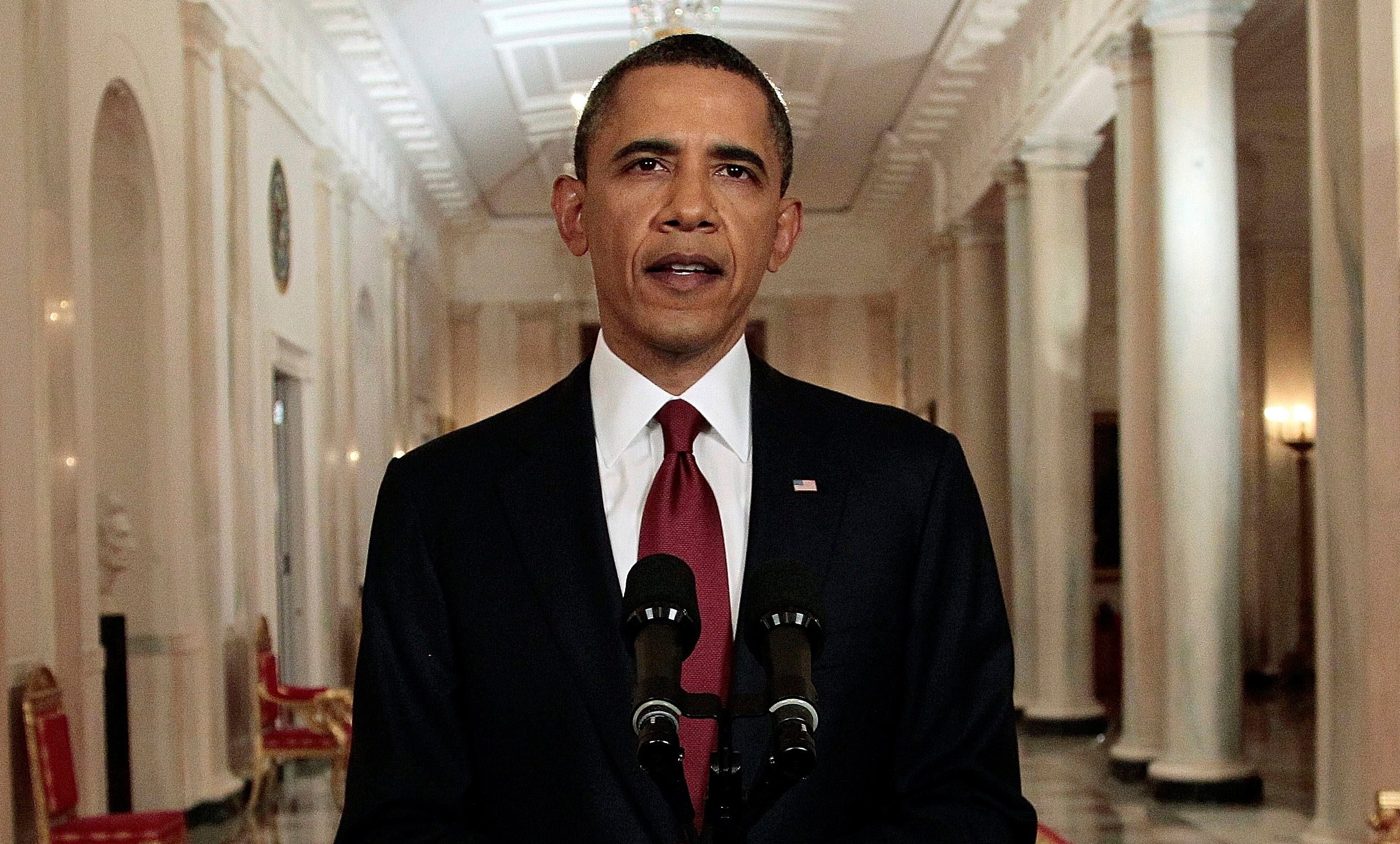 In January 2009, shortly after President Barack Obama took office, the U.S. economy was sinking in quicksand. Millions of citizens had lost their jobs and homes. Huge banks and Detroit automakers foundered. The nation was in the throes of the Great Recession and creeping toward the precipice of a 21st century Depression.

All that turned around during the Obama presidency.

“It is amazing how quickly people forget how bad things were in 2008 and 2009,” said David Becker, an economics professor at the University of Alabama at Birmingham (UAB).

“The country was on the brink of going bankrupt,” said Birmingham attorney Emory Anthony, who is former president of the Jefferson County Progressive Democratic Council. “Everything was getting ready to fall apart. Some of the moves he made to keep the country stabilized was something we had never seen before.”

The Obama administration’s role in steadying the financial sector and auto industry eight years ago was critical in calming fears of total economic collapse. The national unemployment rate, which peaked at 10 percent in October 2009, has dropped to 4.6 percent as of early-December 2016. And the president’s deliberate leadership style helped bring stability to the U.S. financial landscape, Becker said.

Obama’s legacy as the nation’s first African-American president will include his deft handling of the economic crisis, as well as his ability to usher into law the Patient Protection and Affordable Care Act—commonly called the Affordable Care Act (ACA) or Obamacare—which helped millions get health insurance.

More high points of the president’s two terms: a scandal-free administration; a call for greater inclusiveness for lesbian, gay, bisexual, and transgender (LGBT) Americans; and normalizing of U.S. relations with Cuba.

Coleman-Madison, who is in her third term as a state legislator, said Obama transcended racial barriers to become the first black U.S. president but was constantly reminded of the color of his skin—and he still handled his role with grace.

On Jan. 20, 2009, Barack Hussein Obama II was sworn in as the 44th President of the United States. And he and his family—First Lady Michelle Obama (read more about her in “Michelle Obama: Redefining First Lady”) and daughters Malia and Sasha—prepared to move into the White House. An estimated 1.5 million people attended the inauguration ceremony in Washington, D.C., and tens of millions more watched on television or followed on social media to observe the historic event.

Despite his popularity among many, President Obama’s administration faced staunch GOP resistance from the outset. Republicans say race played no role in their stance against Obama, insisting their differences were ideological.

Linda Verin, a Chicago native and ad agency owner, credits Obama for rescuing the economy during the Great Recession in the face of unrelenting opposition.

“Obama tried to get America to live up to its promise of equality but was held up at every point by those who were committed to derailing any successes,” said Verin, 69, president of Ads that Work, a company that focuses on political issues in the Birmingham area.

The Rev. Dr. Jonathan McPherson, chairman of the board of the area Southern Christian Leadership Conference, said Obama remained poised, eloquent, and strong while enduring constant resistance from congressional Republicans and others.

“Although he was often attacked unjustly, I think he did an outstanding job carrying the [political] football for eight years,” said McPherson, a leader in the Birmingham retail boycott in the early-1960s who has been pastor of St. John Baptist Church, Edgewater, for the past 49 years.

McPherson believes that Obama’s example of character and achievement might deter many young black males from falling prey to criminal enterprises and other cultural pitfalls.

Verin, who serves on the Jefferson County Democratic Executive Committee and the steering committee of the Alabama Democratic Reform Caucus, also saluted Obama for breaking down legal barriers for the LGBT community and his recent overtures designed to thaw the decades-old U.S. isolation of Cuba.

Jim Whisenhunt of Vestavia Hills, who also owns an area ad agency, gives Obama kudos for the Iranian nuclear deal reached in 2015. Under the pact, the Middle Eastern nation agreed to scale back its nuclear capabilities in return for lifting most international sanctions.

The ACA, better known as Obamacare, has helped 20 million uninsured people obtain health insurance coverage between its introduction in 2010 and 2016, according to the U.S. Department of Health and Human Services. This legislation is arguably the signature accomplishment of Obama’s presidency.

“Obamacare is easily the signal accomplishment of this president, assuming current efforts to unravel it will be defeated,” said Thomas Holt, a professor of African-American History at the University of Chicago, in a New York magazine interview. “It’s an achievement that will put Obama in the ranks of FDR (Social Security) and LBJ (Medicare) because of its enduring impact on the average American’s well-being. He won’t need bridges and airports named after him since opponents already did him the favor of naming it ‘Obamacare.’ ”

Whisenhunt said his company’s insurance costs have increased 40 percent in recent years, but he believes Obamacare just needs “tweaking” to manage some of its more unwieldy aspects.

“I wish he could have run for a third term,” said Whisenhunt, a Bessemer native.

The Rev. James Fields of Colony, who made national news in 2008 when he won a state legislative seat in Cullman County as an African-American democrat in a district that is overwhelmingly white, said he expects many of Obama’s notable accomplishments to endure. He specifically mentioned the Affordable Health Care Act.

“You can’t have millions of people sitting on the street without health care again,” said Fields, pastor of St. James United Methodist Church in Irondale.

State Rep. Merika Coleman, 43, of Pleasant Grove, represents District 57 in the Alabama Legislature. She chaired a Women for Obama organization when Obama ran in 2008.

“I am proud that Mr. Obama’s first order of business was signing the [Lilly Ledbetter Fair Pay Act of 2009],” Coleman said.

The legislation—named for a Gadsden, Ala., woman who discovered that her pay was lower than that of male colleagues at the local Goodyear Tire and Rubber Co.—amended the U.S. Civil Rights Act of 1964 and restored protections against pay discrimination that had been stripped by an earlier U.S. Supreme Court decision.

Chervis Isom, a Birmingham lawyer, is impressed that the Obama administration has been scandal-free over the past eight years.

“It is a situation almost unheard of … there have been no cases of fraud or crime. His tenure has been remarkably clean,” said Isom, author of “The Newspaper Boy,” a memoir of his life growing up in a racially prejudiced Alabama household and gradually evolving to adopt a more tolerant mindset.

No discussion of Obama’s legacy would be complete without race.

“You had somebody who was dark-skinned who had a black father who won the presidency of the United States and did it, not just with black folks, but with a diverse group of people,” said Attorney Emory Anthony.

“The fact that he was the first black elected as president will always be the most astonishing thing about his presidency to most Americans of all races 20 years from now,” said Robert A. Williams Jr., a historian and professor at the University of Arizona College of Law, in a New York magazine interview. “And most interestingly, his name and his presidency will be used by those on both sides of that divide as proof of their argument as to whether we still have a long way to go or we’ve finally arrived.”