During the recent Magic City Bar Association (MCBA) Annual Scholarship Banquet three of Birmingham’s African-American mayors gathered to discuss the city they served. Mayor Randall Woodfin (elected in 2017) and former mayors Richard Arrington Jr. (1979–1999) and William Bell Sr. (2010–2017) served as panelists for the banquet, for which the theme was “Reflections on the Past, Vision for the Future.”

The MCBA supports and encourages students preparing to make contributions to the community through the legal profession. Every year, the group awards scholarships to minority students attending Alabama law schools.

The mayors were asked, “What is the most critical issue facing Birmingham in the next decade and why?”

Bell said, “I think it’s the same issue that been there all along—getting people to believe … Birmingham is better than what they think it is. … If you don’t feel that it’s a city worth inviting your friends and neighbors to, then you’re helping the demise of the city.”

He added that he’s seen people move to Birmingham from other places with pessimism because they didn’t know what the city was about, and within six months to a year, “You can’t run them out of Birmingham. They love Birmingham.”

“We can walk into the sunlight, letting the rest of the world know we’re proud of our city,” Bell said. “Birmingham is a place where you can raise your children, earn a living, live in a decent community, and be proud of everything this city is about. I think the biggest challenge is getting ourselves to believe we can do that.”

Woodfin cited several issues, including poverty and a focus on workforce development and training, “so regardless of whatever history exists in our neighborhoods back home, our young people can understand that there are options for them to exercise.”

“We as a community have to not only support her leadership but also be open to accepting that how we currently are educating our children may not necessarily be working. We need to think outside the box, be more creative, and try different ways to make sure we change our school system for the better,” Woodfin said.

The mayors also discussed the economy.

“Today, right now, in 2018, the city of Birmingham is heavily dependent on the regressive sales tax. … We have heavily depended on sales and occupational taxes and business licenses,” Woodfin said. “If another recession hits within the next 10 years, that will have an adverse effect on those city services we want to provide.”

Arrington said it is critical for Birmingham to get the best

leadership possible and tap into the city’s talent. 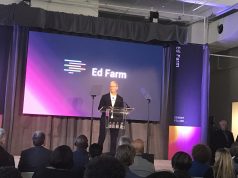 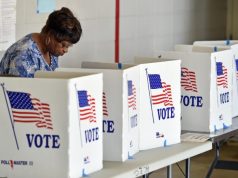 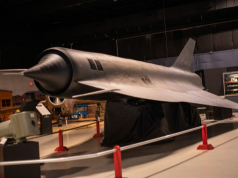