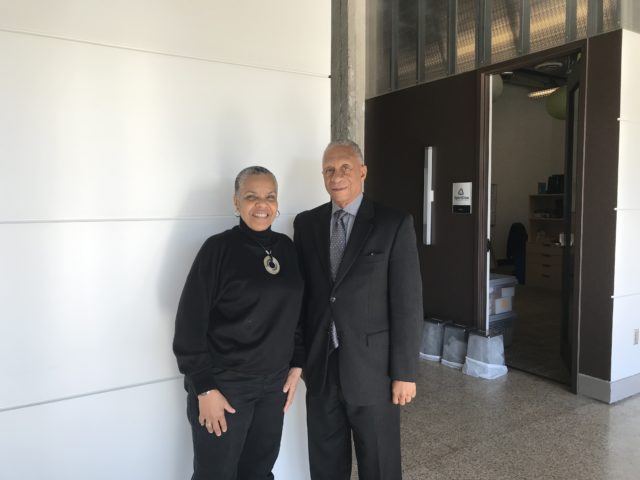 What began as a way to honor prominent Birmingham businessman and entrepreneur, Dr. Arthur George Gaston, has turned into one of the most anticipated business conferences of the year.

The 15th annual A.G. Gaston Conference will be at the Birmingham-Jefferson Convention Complex on February 12 and 13.

The conference is put together by the team of Bob Dickerson Jr. and Gaynelle Adams Jackson.

Established in 2004 by Dickerson, executive director of the Birmingham Business Resource Center and Jackson, owner of Advanced Planning Services, the A.G. Gaston Conference has evolved and become a think tank event with broad conversations and discussions about economic development.

“I worked for A.G. Gaston from 1984 to 1989 and after he died, I thought that the community needed to pay him more homage,” Dickerson said. “Obviously, he was entrepreneur of the century and he had done tremendous work and nobody was doing anything in his honor. I went to the Black Enterprise Small Business Expo in Orlando the same year that Gaston died (in 1996) and thought that we might do some sort of expo for Gaston” in Birmingham.

Dickerson said he kept it in mind and even created a folder named ‘A.G. Gaston Expo’ but never did much with it.

Dickerson and Jackson worked together on another initiative and mentioned the idea about the conference to her and in 2004, the first conference was held.

“The first year was sort of a blur, but we had some good speakers, we were fairly well attended and it was at the BJCC, the same building we’ve always been in and so I thought it was good,” said Dickerson.

Although he said it was a blur, he does remember a funny story about the first conference.

“We were getting ready to start, it’s like 9 o’clock in the morning and we’ve got people already there registering and somebody pulled the fire alarm in the East meeting room, so everybody had to stand outside for about 15 minutes . . . that’s how we kicked off the first conference,” he said.

Jackson said she remembers trying to make the conference big, even from the start. “George Fraser [chairman and CEO of FraserNet Inc.,] was our first keynoter and he has been here three or four times but we have always tried to have something big. We wanted it to be a signature event for African American entrepreneurship.”

This year’s focus is not only on economic development and empowerment but politics, race and quality of life. The keynote speakers are Angela Rye, CNN Commentator and former executive director and general counsel of the Congressional Black Caucus (CBC) and Dr. Boyce Watkins, economist and social commentator.

“The big thing about this is that we really wanted to have presenters that anchor at the anniversary so we’re bringing in Angela Rye and Boyce Watkins but we’ve always focused on entrepreneurship and economic development so it is sort of a continuation event,” said Jackson.

Attendees can also expect a history lesson during the conference.

“It’s Black History Month, so Gaston happens to be the black historical figure we focus on, not always the only one, but we’re certainly going to give him his due and we always try to kick off with something about him so people know why we’re there and at the end of the day, he’s the reason we’re doing it,” said Dickerson.

Jackson noted that the focus may be African American entrepreneurship, but the conference is for all.

Having the conference in Birmingham is part of the appeal, Dickerson said.

“A.G. Gaston made his fortune in Birmingham so, that in itself and his businesses and the hub of his business activity was here in Birmingham,” said Dickerson. “Secondly, the fact that Birmingham is sort of the epicenter of the Civil Rights Movement, perhaps something that we’re doing through this conference will help us become sort of the epicenter of this black business development or developing our businesses to a greater degree.”

A number of local speakers and talent will also be present and leading panel discussions including Dr. Anthony Hood, professor at the University of Alabama at Birmingham (UAB) Collat School of Business.

Hood, who has become a conference mainstay, leads his fourth panel in as many years. This year’s topic “Civic Innovation” will highlight innovative strategies helping to elevate Birmingham as one of the premier cities for people to live, learn, work, play and serve.

Following Hood’s panel a series of speakers from some of Birmingham’s major stakeholders will share their organization’s views and initiatives detailing how those activities are part of their social responsibility.

Dickerson and Jackson said Gaston would be proud that the conference continues to build on his legacy.

“Not enough has been done in the community to recognize Gaston and we’ve done our thing and I think we’ve done above and beyond but not enough has been done,” Dickerson said. “. . . I think he would be proud that somebody thought enough of what he accomplished to do something that sort of builds on his legacy and not let him be forgotten because he was a great man who made tremendous accomplishments.”

For more information and to register for the conference, visit www.aggastonconference.biz.