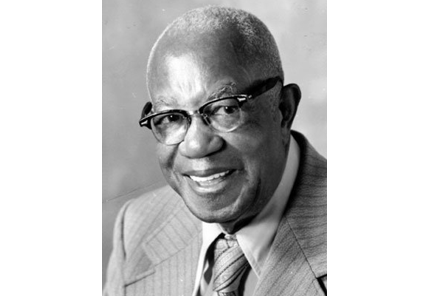 By Robert Dickerson Jr.
For The Birmingham Times

The A. G. Gaston Conference, named for the iconic Birmingham businessman and in its 15th year, will be held on February 12 and 13 at the Birmingham Jefferson Convention Complex.

A.G. Gaston the iconic business mogul who started several businesses left his mark on Birmingham. Even today, over 20 years after his death and about a century after he started his entrepreneurial journey, there are still a handful of businesses, buildings, streets, and other organizations that bear his name.

Those include Smith and Gaston Funeral Services, one of his first enterprises; the Gaston Motel which is now a national monument; the A. G. Gaston Construction Company, and the A.G. Gaston Boys and Girls Club.

The A.G. Gaston Construction Company was started by Gaston, in 1984 to answer a request from the U.S. Secretary of Housing and Urban Development (HUD) and the Housing Authority of the Birmingham District (HABD) to participate in a pilot program that sought to renovate several Birmingham public housing properties. The program was successful in that it offered a workforce of property residents the opportunity to be trained in the construction industry and some became employees of the construction company.

The Boys and Girls Club, the pinnacle of Gaston’s philanthropy, is being led by Frank Adams, Jr.  Gaston saw a need for boys to have a place where they could have fun, learn life lessons from other men, and receive academic help therefore, the boys club was born. Later, the club allowed girls to become members as well. Their mission is to inspire and enable young people, especially those who need us most, to realize their full potential as productive, responsible, and caring citizens.  The Boys and Girls club is in the process of building a $7.2 million new facility next door to the Birmingham CrossPlex in the Five Points West community. This facility will replace the current Kirkwood R. Balton Clubhouse and is planned to be open in 2020.

The A.G. Gaston Motel was constructed in 1954 to provide high-level service to black visitors during Birmingham’s segregation period. Again, finding a need and filling it, Gaston heard there would be black visitors coming to Birmingham and he set out to build adequate lodging. Dr. Martin Luther King Jr. was among the prominent visitors to stay in the motel.

The hotel was also used as the headquarters for the Southern Christian Leadership Conference (SCLC) and the Alabama Christian Movement for Human Rights (ACMHR) during the peak of the Birmingham civil rights movement.  A portion of the hotel has become property of the National Trust for Historic Preservation for the purpose of establishing a Birmingham Civil Rights National Monument.

Gaston had one son, Arthur Jr., preceded him in death but not before producing five children of his own. The late Arthur Jean Gaston Malone, Arthur Charles Gaston, a Houston Texas attorney, Creola Gaston Lucas, named after Gaston’s first wife, Rachel Gaston and Patricia Gaston McCullum. Except for Arthur Charles, all Gaston’s surviving grandchildren are retired and living in Birmingham.

Malone, a retired educator and frequent Gaston Conference presenter, recently authored a book which adds her own tips for successful living to her Granddad’s “Ten Recommendations for Success”.

Dr. McCullum also shared, “I feel empowered having the privilege of carrying the genetic code for success from my great-grandfather.  Often times it seems, we may not be qualified or essentially are able to check all the boxes, but he instilled in us the value of education. That’s something that cannot be taken from you. His knowledge and support of promoting high level post-secondary education will always be a driving force as I continue to achieve new and ambitious goals in my professional career.”

Some of Gaston’s great-great-grandchildren have also reached well into adult hood and are carrying on the legacy of Gaston. There are five great-great grandchildren, three of which are girls and two are boys. Jessica Melton Stephens is a banker and is married to Anthony L. Stephens, Jr. and Jordan Ellis Melton is an Account Executive. Selena Lucas is a junior at Hoover High School and is on track for medical school. The youngest, Michah and Rachel Aigbivbalu, live in Dallas, TX and are in elementary school.

Just as a grandmother leaves behind clues to what her secret ingredients were to her famous dishes (because they rarely wrote their recipes down) to her children, Gaston’s offspring have their own inferences to what the secret sauce to Gaston’s success included.

To know Gaston left behind a legacy of being an affluent business owner in Birmingham is an honor but to know he also left a legacy of descendants that are continuing in his footsteps, some right here in Birmingham, is a privilege.

Join us for the 15th A.G. Gaston Conference, February 12 and 13, 2019 at the Birmingham Jefferson Convention Complex.  Register today at www.aggastonconference.biz.