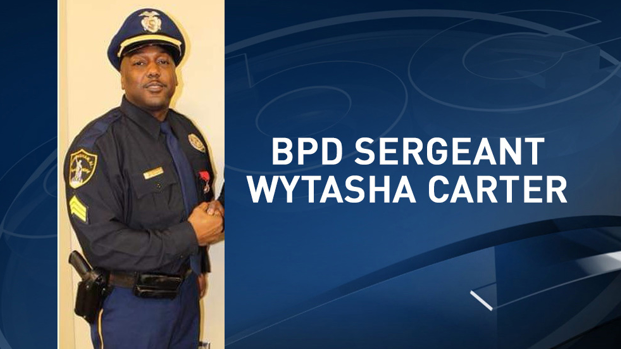 A Birmingham police officer is dead and another is critically wounded while investigating a car burglary.

The deceased officer has been identified as Sergeant Wytasha Carter.

The officers were responding to the 700 block of 5th Avenue North when they approached two suspects just before 2:00 A.M.

Birmingham Police Chief Patrick Smith says that one suspect is also in critical condition and the second suspect is in custody. He also indicated there could be a third suspect still on the loose.

Sgt. Wytasha Carter gave his life early this morning for the city he served.

This husband and father was a true public servant and will be honored by each of us.

As this investigation continues, I ask that everyone pause and reflect on how our Birmingham police officers go out every day to protect our community.

We also remain in prayer for the second officer who was shot along with Sgt. Carter. He is currently in critical condition.

As the scripture teaches us, “Greater love hath no man than this, that a man lay down his life for his friends.”

Each day, Birmingham police officers risk their lives when they report for duty.

This is a time of mourning for our city, but please know our police officers are dedicated to justice and continued service for the people of Birmingham.

“My sincere and heartfelt condolences to the family, friends, and colleagues of the officers involved in today’s unfortunate shooting.

“Sgt. Wytasha Carter was a courageous man and his sacrifice will be forever remembered.

“My thoughts and prayers are with my fellow law enforcement colleagues. My office will be available to the Birmingham Police Department should any additional resources be needed.”