Two houses sit tucked away on a corner lot in a secluded section of southwest Birmingham. Bikes and a swing set sit in the backyard, which is still on this cold February morning. Inside the two houses, there are neatly made twin beds and toys diligently put away. The original ranch house on the property is where 10 boys call home. A second house, a large colonial with a deck, is home to eight girls.

The Alabama Department of Human Resources (DHR) and Children’s Village Inc. staff evaluate the children thoroughly before they are placed in the home. Each child has a social worker and lawyer involved in his or her case, and for each child a program is implemented and an individual educational plan is created.

Every year, the DHR removes children from homes because of neglect, abuse, or other situations that may endanger a child. For some of those children, there is no relative to take them in or foster parent available. This is where a group home, such as Children’s Village steps in.

Children’s Village is a temporary home for children ages 6 to 18 that have been orphaned, neglected, or abused or have broken family relationships. The organization hopes to renovate another house also on the property as a transitional home for those over age 18. The home was established nearly 52 years ago and has been home to hundreds of children for stays that last from a few months to several years.

Children’s Village Executive Director Sharon Bolden said this home away from home for children strives to provide a nurturing environment during a traumatic time. She hopes that each child feels cared for while under the center’s roof.

“I pray when they leave that they are in a better place than when they arrived here,” said Bolden.

What sets Children’s Village apart from some group homes in Jefferson County, said Bolden, is that the home can accept siblings—a rarity for children in the care of the DHR. The facility strives to keep together brothers and sisters who are already facing stressful times.

“They already have separation anxiety from being taken from family, so it helps greatly to keep siblings together,” she said.

Bolden, a former educator who has worked in Bessemer, Birmingham, and Fairfield school systems, came to Children’s Village in 2008. She knew it was the place for her during her first visit to the campus.

“It was like a home away from home,” Bolden said. “I knew then that this was my job.”

The staff at Children’s Village works hard to create a structured but warm environment, she said, because they recognize that structure and discipline were absent from home life for many of the children.

Deanna Adkins, now a patient care representative at a local health-care provider, was placed in Children’s Village at age 17, during one of the most traumatic times of her life. The group home, she said, “basically saved my life. They provided structure, discipline, motivation. … They really cared, and they are there to set you up to succeed.”

Adkins graduated from high school and went on to Lawson State Community College, where she lived in the dormitory. She eventually graduated from Virginia College and now does what she can to bring awareness to those who live in group homes, such as Children’s Village.

“I am more comfortable talking about my time there, and I want to change people’s perspectives,” said Adkins who has organized fundraisers for Children’s Village while sharing her story; she now serves on the organization’s junior board.

At Children’s Village, wake-up time is usually 5:30 a.m. The children eat breakfast at 6:30 and complete chores before leaving for their schools: Oxmoor Valley Elementary School, Ephesus Academy, and Wenonah and Hoover high schools. At the end of the school day, several children participate in after school-activities and remain at school; others return to Children’s Village, where they eat a snack and receive tutoring from certified teachers provided as part of the city of Birmingham Community Development Block Grant.

Dinner is served around 6:30 p.m. A typical meal may be a main course of chicken tetrazzini with candied yams, pinto beans, tossed salad, cornbread, fresh fruit, and milk or a pork chop with green beans, broccoli-rice-and-cheese casserole, and a roll. After-dinner activities differ depending on the weather. If it is cold or rainy, the children prepare for school and do chores. If the weather is nice, many can be found outside riding their bikes, playing basketball, or going for a walk.

Children’s Village was born from a need five decades ago. One of the founders, a social worker named B.G. King, came across a young boy in a city jail cell. The boy had been placed there because he had nowhere else to go. This began the mission of four women—King, Viola Bussey, Carrie King, and Bessie Mosley—to create a space for children who had no place to go and no one to care for them. This group of women was the first to secure the ranch house, and they took turns watching the children. The women had no real money to operate the home, with the exception of donations from local churches.

“They just had community, God, and faith,” Bolden said.

Decades later, Children’s Village would grow and receive both state funding and private donations. Currently, state funding comprises 40 percent of the operating budget at the home, Bolden said. Each house has a computer lab donated by a local company. When the home needs new furniture, Bolden makes a few phone calls, and they have what they need. Some companies donate services, including construction work to renovate the bathrooms or kitchen.

Operating the group home requires numerous resources, Bolden said: “The total child is involved from a spiritual, mental, physical, and psychological aspect. It really does ‘Take a village to raise a child,’ as the old African proverb says.”

Children’s Village has two major fundraisers: a spring golf tournament hosted by former University of Alabama standout and National Football League (NFL) star Cornelius Bennett and a fall luncheon that recognizes the four founders. In addition to the fundraisers, Children’s Village receives help from local businesses that donate time and items such as furniture, school supplies, and electronics.

Audrey Channel, current president of the Children’s Village board of directors, said she was introduced to the group home about nine years ago through volunteering with the Birmingham Bar Association.

“I was very impressed with the organization,” she said. “It was encouraging that they keep the siblings together. And all of the children were well-behaved.”

Channel and board members, along with a newly formed junior board, have set its sights on a new project, a transitional home that would serve young adults ages 18 to 22. Channel said the board has a house on the current campus that needs significant renovations.

“We are still trying to figure out how much that will cost,” she said.

The transitional home will help Children’s Village’s oldest residents, the 18- to 22-year-olds who have aged out of the home and may still need assistance with finding employment, continuing their education, and learning life skills necessary to eventually live on their own.

“We know how much we need this space, but we also know it will happen in God’s time,” said Channel. 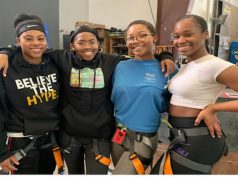 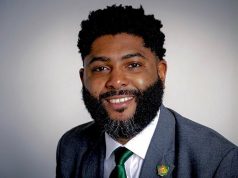