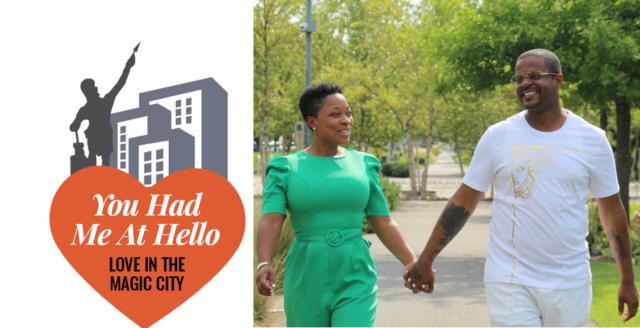 Met: Kevin and Tia first met during the summer of 2001. “We were at a mutual friend’s wedding and he sent someone over to ask for my number,” Tia recalled.  Kevin said he was instantly struck by her beauty. “She was just really attractive,” he said. But Tia was not thrilled that Kevin did not come over and introduce himself.  She gave him her number but after that the two did not talk much. “She was putting me off, telling me she was busy,” Kevin said. “But I was being persistent.” At the time, Tia was in nursing school at Auburn University. The two eventually lost touch until about a year later when they ran into each other outside of a nightclub while hanging out with friends.  “There was a concert and she needed a ticket. I got her a ticket,” Kevin said. Tia said she was hesitant at first but once they were inside the club they hung out all night.

Tia gave Kevin her number again at the club but this time “he asked me for my number himself,” Tia recalled. “And we talked. I was thinking then that there was something about him. We had a connection.”

First date: About a week or so after hanging out at the club, Kevin and Tia went on their first date at The Birmingham Zoo. It was the summer of 2002 and the two remember it being hot. After their visit to the zoo, the two had dinner at the former Applebee’s Bar and Grill at Brookwood. “After that we were together everyday,” Kevin said. At that point, Tia had transferred to nursing school at Jefferson State Community College.  Kevin was working as a barber.

The proposal: Six years into the relationship, Tia and Kevin began talking about a wedding. “One day he mentioned going to look at rings,” Tia said.  So the couple went to the jeweler and Tia pointed out a ring that she liked. “That was it,” she said. “Months passed and he didn’t say anything else about it. Then one random morning in when I was getting out of the shower trying to get ready for work he was just standing there with his hand behind his back. That is when he took out the ring and proposed.” Tia said she was surprised. It was January 2008. “It was perfect timing,” Kevin said. “When I finally got the ring, I just wanted to give it to her.” 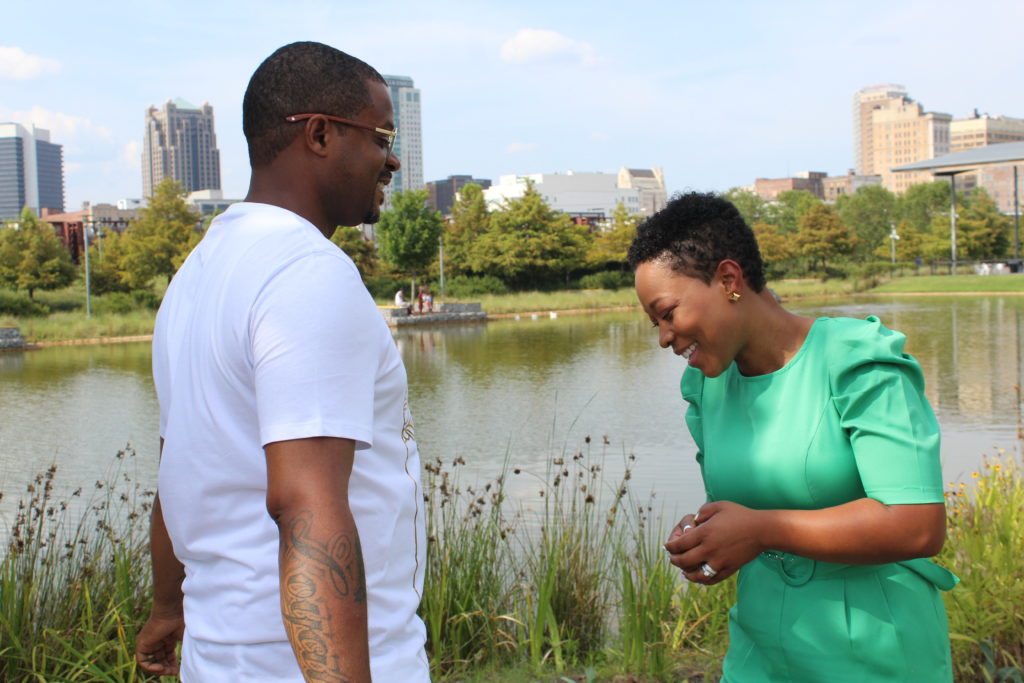 The wedding: Four months after the proposal, Tia and Kevin were married at the Jefferson County Courthouse in downtown Birmingham before a group of 20 family members and friends. “I just remember being nervous and happy that the day had finally come for us to be married,” Tia said.  Kevin remembers a conversation he had with Tia’s father. “He just kept saying I was marrying his baby,” he recalled. The next day the couple left for a weeklong-honeymoon in The Bahamas.

Words of Wisdom: When Kevin and Tia married, they both said they had “no idea” about what it would take to have a successful marriage. “We just learned along the way,” she said. The first and most important thing they had to learn was to “really listen to one another,” she said. “Communication is not just talking but listening and empathizing.”

It took several years before the couple really understood that aspect of good communication, Tia said.  When faced with challenges Kevin said they work through them leaning on the friendship that they formed early in the relationship. “We just try to support each other through the good and the bad,” he said. “We talk to each other every day about how we feel and the things we have to do.” Kevin said it is also important to have trust in the relationship. “If I don’t trust you, then I don’t want to have anything to do with you so trust is important.”

Kevin was raised without a father in his home. That has made him more diligent about showing his wife and children love and devotion, he said. “I don’t want my wife to be a single mother,” he said. “And I am a very hands-on father. I talk to my kids every day so that they know what it is like to have a father.”

Happily ever after: Kevin and Tia enjoy date nights when they get to go out to eat.  Their favorite restaurant is Chuck’s Fish in Birmingham on US 280. “We just like to eat or sit at the bar and order drinks,” Tia said. When they are not on a date, Kevin said they are usually at home. “We are homebodies,” he said.  The couple has two children: daughter Kenzie, 11; and son Kevin Carter, 5.

Kevin owns Imagine That Barber and Style Shop and also operates a lawn care business, Thomas Lawn Care. Tia is a registered nurse in hospice and mental healthcare and has recently started a non-profit, A Fighting Chance Foundation, that provides resources for children who have an incarcerated parent.