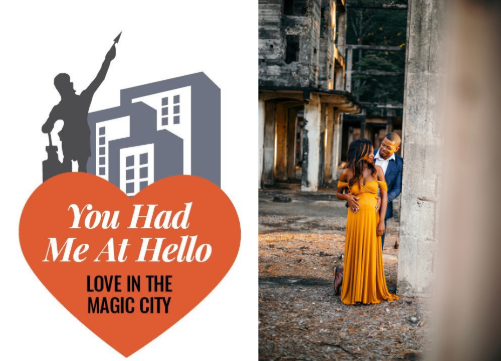 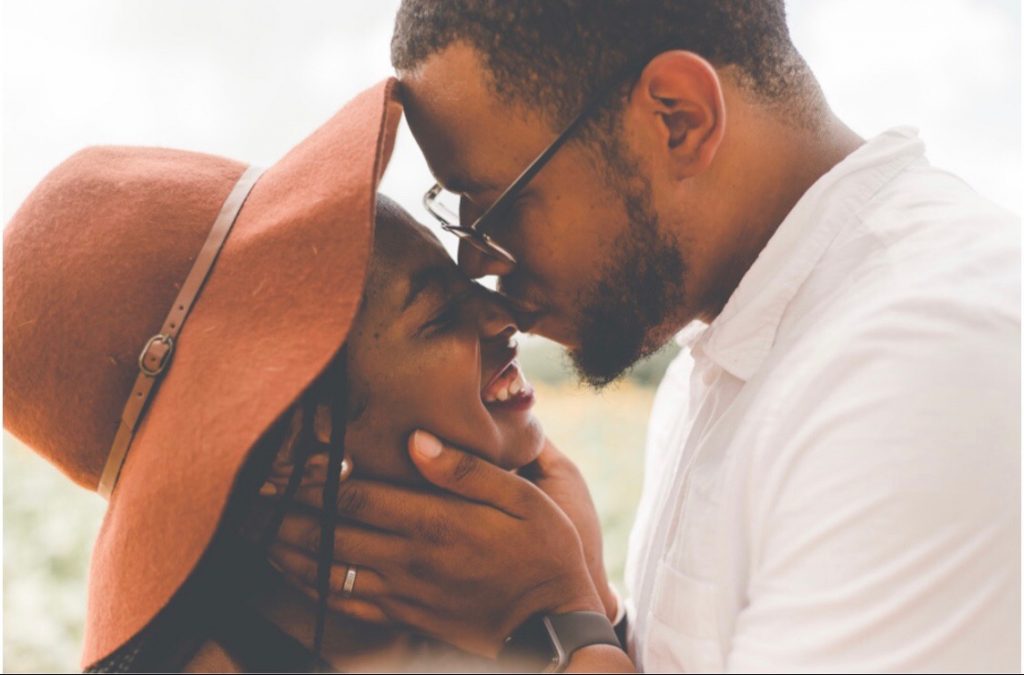 Met: In February 2007 at Unity Christian Church in Alabaster. Oscar remembers it was the second Sunday of the month. “After church, I caught a glimpse of [Tanisha] walking by and was infatuated,” Oscar said. “Driving home, I told my brother that I saw this girl and that I think I met my wife today. I said ‘I don’t know her name and I’ve never seen her before, but she’s going to be my wife… later that day I saw her in the foyer area and started talking to her, trying to make her feel comfortable…I was serving food before the second service, and she told me she wanted eight sandwiches. I gave them to her, and it’s been sunshine ever since.”

“I remember that,” Tanisha laughed, “I was just [flirting] and he seriously brought me back eight sandwiches! I thought he was super-duper cute. We had come back for the second service, and after church one of his friends came up to me and tried to talk to me, and I was like, ‘no, I want your brother’s number’, and he gave it to me.”

Later, Oscar approached Tanisha “and he asked me if I wanted his number . . . I told him that I already had it,” Tanisha said.

First date: April 2007 at the AmStar movie theater in Alabaster. They saw the film Disturbia, and then went out to eat at a nearby Habanero’s Mexican Restaurant.

“He was a gentleman, he was opening doors, he was very different from any guys that I knew at the time,” Tanisha said. “He was quiet, and I was very talkative and outgoing; we’re complete opposites. I was so smitten by him, and I had just gotten out of a three-year relationship, but I was crazy over him.”

“It was actually my first real date,” Oscar remembered, “I was extremely nervous, yet excited… It was also my first time going to a Mexican restaurant, my parents were extremely conservative, so if my mom didn’t cook it, we probably didn’t eat it,” he laughed. “I knew what I felt about her but I didn’t want to reveal it too early, I didn’t want to scare her off. She looked good, I remember that.”

The turn: When Oscar graduated Calera High School in 2007 and prepared to leave for college.

“I asked her to be my girlfriend at midnight the same morning I graduated… I went off to [Tennessee Temple University] and then when I came back for a visit [summer 2008] it was confirmed in my spirit that she was going to be my wife,” Oscar said.

Tanisha said, “We were in a very serious relationship, he was good to me, and I needed him. We come from such different backgrounds and it was so nice to have his perspective on things. He always says that I taught him how to be a Christian, but he taught me love and grace.”

The proposal: New Years’ Eve 2009, after dinner at O’Charley’s in Pelham, before heading to church. Oscar said, “I didn’t want to go into 2010 without knowing she was going to be my wife. I had to be obedient to what I was hearing.”

Oscar remembers being so nervous entering the restaurant that he dropped the ring box in her coat pocket.

“I was like please do not put your hands in your pockets for the rest of the date. I figured after dinner when we were heading to the car she would put her hands in her pockets because it was cold, and by the time she felt the box and turned around, I’d be down on one knee.”

Before he knew it Tanisha had put her hands in her pockets.

And, she said ‘oh my God, what is this’, and I was like, will you marry me? It took her like five minutes to give me an answer… All she kept saying was ‘oh my God’. And I was like will you answer me, please? But, just don’t say no, not here,” he laughed, “if you’re going to say no, just wait until we get in the car please.” “When I took it out I knew what it was, and was like ‘oh my God’, I was freaking out because I had never thought about being married,” Tanisha said. “There were people out there watching us, and I was nervous but I was thinking if I’m going to be with anybody, it’s going to be with him. So, I said ‘yes.’ 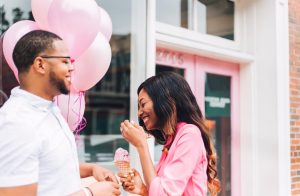 The wedding: United Methodist Church in Columbiana, officiated by Reverend Donald G. Wright. They both wore random every day clothes, nothing special.

Most memorable for the bride was “his whole persona and ambiance when we said our vows, it was really pivotal for us. To have someone say those things to me and mean them was so special,” Tanisha said.

Most memorable for the groom was “the feeling of love I felt while we were saying our vows. We were holding hands and staring into each other’s eyes… It was overwhelming, all the emotions I was feeling at one time, I was excited, I smiling and giggling the whole time. It was like man, this is actually happening,” Oscar said.

Words of wisdom:  “The race is not given to the swift or the battle to the strong . . .  but he who endures till the end,” Oscar said. “I take those scriptures to heart. Forgive and withstand through all the trials and tribulations, just keep rocking. Love is only proved through the hard times. That’s when it blossoms and flourishes.”

“Marriage is not 100/100 and it’s not 50/50. Marriage is sometimes 70/30, or 80/20 because you have to be willing to love that person no matter what,” Tanisha said. “The things that we’ve gone through, some of the losses that we’ve had have shown me that. We both lost our moms within two years of each other… When I lost my mom, I was not able to be there 100 percent, I was really depressed, and he held things together….it knocked at our vows, for better or worse, through sickness and health…you have to just continue to love one another and have grace. It’s just remembering who you’re in love with and being giving of yourself to the one you love.”

Tanisha, 28, is an Alabaster native and Thompson High School graduate. She is a stay at home mom, a budding photographer, and the founder of ‘Evolve’, a non-profit 501(c)3 organization that hosts community events, feeds the homeless and empowers people.

Oscar, 31, is a Calera native and graduated from Calera High School. He works as a banker at BBVA in Birmingham. 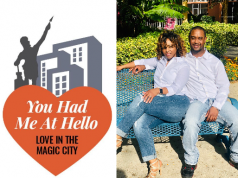 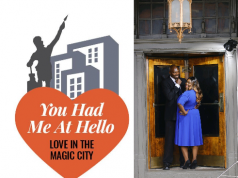 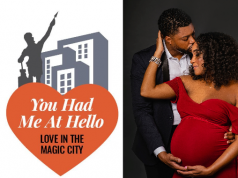