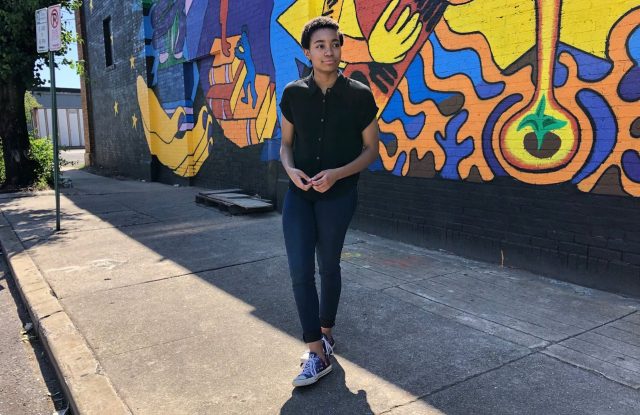 Charity Davis grew up in the suburbs of Birmingham, and then moved to Ensley for high school.

She is now one of the brightest students in the country, and something of a lodestar for her city. Davis is graduating from Holy Family Cristo Rey Catholic High School this month, and she’s going to Vanderbilt University on a full scholarship and then some. And when I say “then some,” I mean that Bill Gates is picking up the tab for everything else.

The Gates Millennium Scholarship Fund recently awarded Davis with a “last-dollar scholarship” on top of the full-ride she already received from Vandy. It’s a big deal. They only award 300 a year.

Through the vision of her parents, Charles and Jameria, and the education of Holy Family’s dedicated teachers, Charity Davis is now the living embodiment of positive change in Birmingham. She loves her city. She loves her neighborhood in Ensley.

When a friend told me her story, I had to call Davis on the phone and ask her a very important question: How would a graduating high school senior who is changing the face of Birmingham make it better?

She said she would like to change its heart. First, though, she felt the need to explain something to me like I was a tourist from another country.

“I’m not sure if you’re familiar with Ensley,” Davis said, “but it’s very different from the suburbs.”

So the headlines tell me.

How segregated is Birmingham by class? It’s so extremely different from one zip code to the next that an 18-year-old from Ensley earnestly felt the need to demystify her neighborhood of its worst stereotypes to a journalist who grew up in the same town.

And she was absolutely right.

“Some people might refer to it as the projects,” she went on, “and that’s just how it is.”

But that’s not how it is.

That’s not close to how it is.

That’s the message of our best and brightest while she enjoys her last few months at home before everything else that follows. She loves Ensley like it’s a member of her family, the alphabet avenues, the neighbor who takes care of her mom, the guys on her street who are misunderstood every day of their lives.

“When you get to know the different people who live here and places like here, you get to see that we’re all just people,” Davis said. “Everyone wants to be happy and everyone wants to provide for their families and live calm, peaceful lives.”

If Charity Davis, graduate of 2020, docent at the Birmingham Civil Rights Institute, member of Restored Sight Christian Church in Wylam, could change one thing about Birmingham, she would change how people perceive the place where she is from. 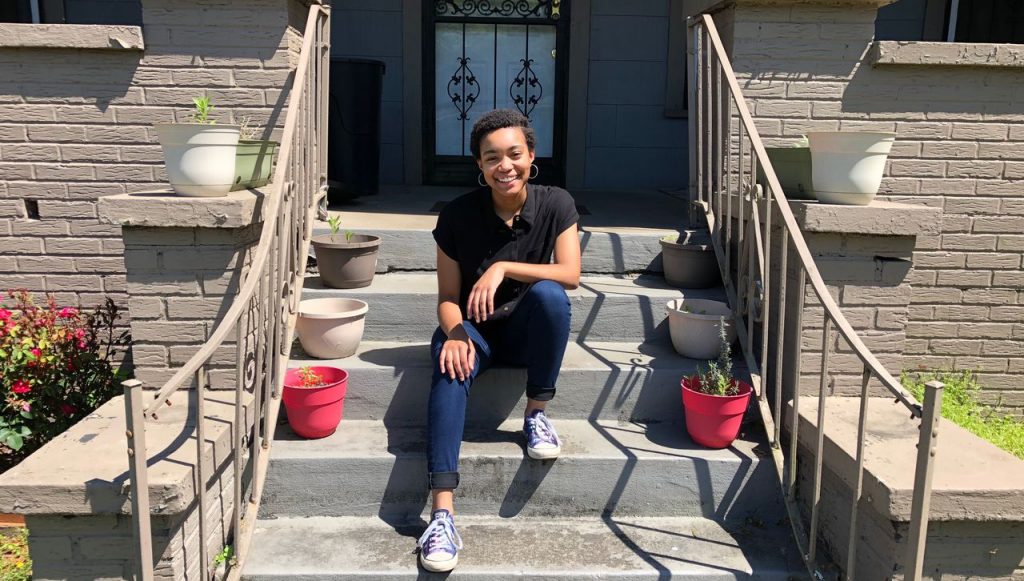 The spirit of those words are inspiring and heartbreaking in equal measure. These next few are profound:

“I wish that people would see that, of course, looks aren’t everything, and the outside of the house doesn’t matter as much as the people inside, but that people would give more consideration to neighborhoods like this, and the people who live in them because I think often, and everyone has been guilty of this one time or another, but you just think that people are living here because they are lazy, or because they can’t do anything for themselves or things like that, and that’s really not what I found to be true,” Davis said. “When I talk to people around here, it’s that there are systems in place that keep people from being able to do certain things.”

The economic and educational gap was closed for Davis at Holy Family Cristo Rey. The high school partners with local companies to break the cycle of systemic poverty. Students work one day a week for partnering companies, and gain a valuable understanding of the corporate world. The companies then pay for about 45 percent of the student’s tuition. Donations and families cover the rest.

There is a major concern at Holy Family that the economic downturn due to the coronavirus pandemic will affect the school’s proven model for success. It’s one of those ripple effects people don’t even consider because, well, people on the right side of Birmingham don’t ever consider people on the other.

We are all in this together, though. That’s what the pandemic is teaching us, and what we must remember when it’s over. With the help of us all, Davis represents what the transformative potential of the Birmingham Promise might one day become for Birmingham City Schools. It’s not hard to see the connections.

Davis grew up not far from the Oxmoor Valley Golf Course in a home a lot of people would call the American Dream. She went from Pretoria Circle in the burbs to Avenue J in Ensley because that’s what God told her parents to do. Her father is a minister, and his family is now an agent of change in their community.

“Where I am now, without all the bells and whistles and basements and fancy things, it doesn’t really matter because how people are on the inside is what really counts,” Davis said, “and you’ve got to get to know people, and understand their stories and that’s just something I’ve been able to do a lot more of here than I ever was able to do there. It has really changed me as a person.”

How can everyone follow her lead? Just start with the heart.

Joseph Goodman is a columnist for the Alabama Media Group. He’s on Twitter @JoeGoodmanJr.