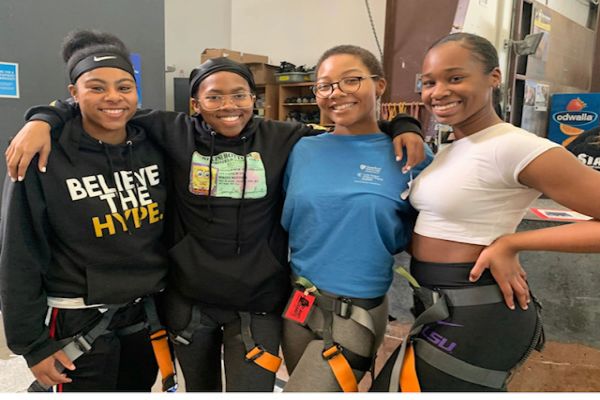 By Ricardo A Hazell
The Shadow League

Though policymakers often use statistics on poverty and demographics to pontificate upon one impudent measure or another, the realities of hundreds of thousands of American children living day to day in foster homes remains unchanged. It is through the love of their fosters and their own resolve that they are made whole.

Oftentimes, that resolve is at making a better path forward for those who came up in similar circumstances.

Recently, The Shadow League spoke with Jacqueline Diep, co-founder of The Big Homie Project/Hoops for Change, regarding the mission she has embarked upon to uplift women through sports and to set examples for other former foster children looking to be the change in the world that they alone are uniquely aware is absent.

Diep founded the program last year to connect rising high school juniors and seniors in East Palo Alto with professionals in career fields like medicine, tech, education, sports, and entertainment. This is her way of giving back to a community that has shaped her life. 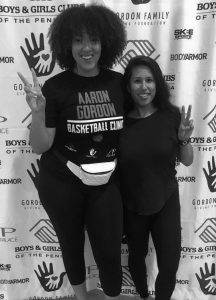 Diep co-founded The Big Homie Project alongside Remi Sobomehin, a Stanford alumnus and Director of Volunteerism at the Boys and Girls Club of the Peninsula.

Diep, of Vietnamese descent but raised by a Black man, breaks it down in her own words.

“As you may have read in that Forbes article, I come from very humble beginnings. I’m not some chick that came out of USC with a cute little MBA saying ‘Oh, I’m gonna help the hood!’ I was homeless at 11. My life was impacted by the Black community through the people who helped me out. I never met my real Dad, but the man I know as my Dad is a Black man. How I got my USC MBA degree, after being in a weird situation at USC, was because of a Black woman who stood up for me.

So, a lot of the work that I do, and me trying to shed light on women’s basketball and women’s sports and it’s about these women coming together with me to try and drive impact and change real life.”

The Big Homie Project aka Hoops for Change was a 4-day invite-only training camp back in August that was hosted by professional basketball skills trainer Packie Turner, who counts Sabrina Ionescu and Aaron Gordon among his many trainees that are currently getting money playing pro ball.  Called “The Bay Area Bubble”, the purpose of which was two-fold, to bring Bay Area WNBA players together to train and compete against one another and to give back to the local community of East Palo Alto in conjunction with the Boys and Girls Club of the Peninsula.

The Boys and Girls Club of the Peninsula currently distributes 1800-2200 meals a night to the people within the East Palo Alto community, even throughout the pandemic.

Diep says she has every intention of making this a national affair.

“This is not a one and done thing,” Diep told The Shadow League. “Obviously, right now, with the pandemic, I have to be a little more careful with how I move. We were doing it here in the Bay Area but we plan on doing Hoops for Change in other cities, such as New York, L.A., Chicago, Jersey, my network as it pertains to basketball is far and wide, and my professional network is far and wide.”

Diep also expressed frustration with women athletes being underappreciated and overlooked throughout society.

“I (knew people who) had access to verify any athlete who wanted to get verified, right. Any male professional athlete that needed to get verified doesn’t matter if he played for Hoboken, they’re like “it’s all good, no questions asked”, but for women athletes y’all got me jumping through hoops when this women’s player I’m trying to get verified is a better ballplayer than that guy you just verified.  I hate the online solidarity and Instagram showmanship, but in real life, people aren’t doing their part to shed light on women who have been at the forefront of a lot of this social impact that we’re witnessing today.”

This is but one example out of thousands in which American society speaks of equality, but few are actively pushing the needle forward in any sincere manner. Lip service is at an all-time high, but the points of light looking to guide and mentor Black and Brown souls are gleaming brighter as well.